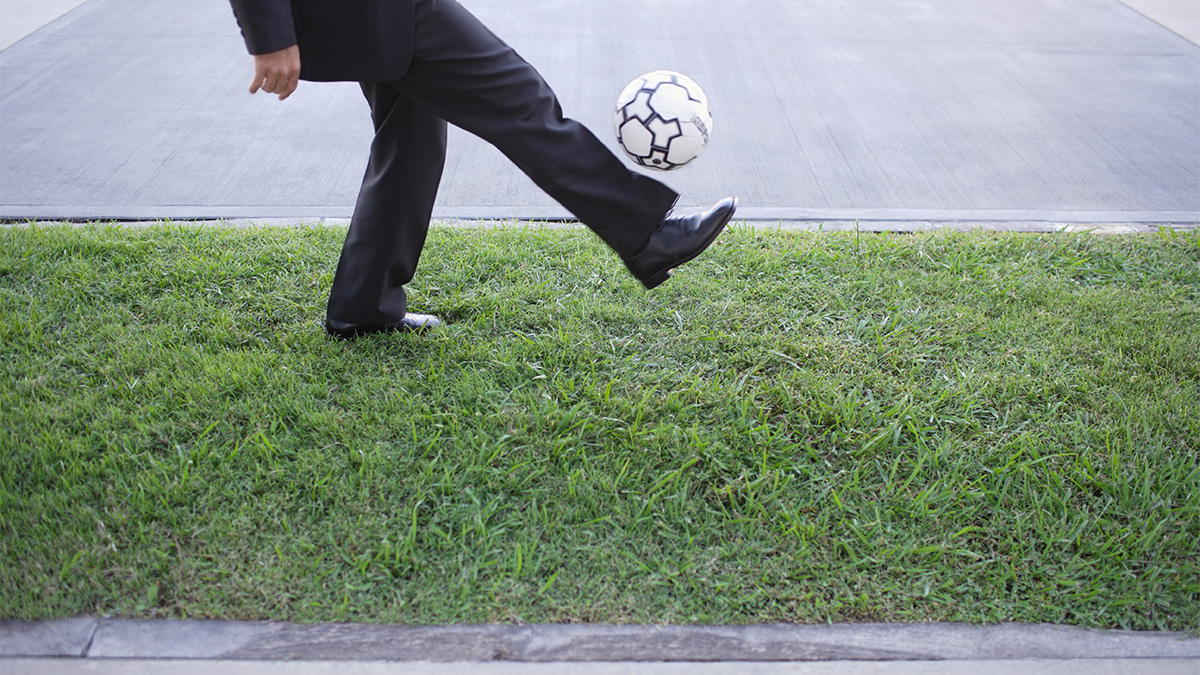 Many professionals spend most workdays laboring at medium intensity. In contrast, elite endurance athletes spend most of their time working at extremely low intensity — running so slowly it almost appears lazy — and a little time training at extremely high intensity. They reject medium-intensity work, because it has limited payoff. Professionals can learn from this training regiment. This article offers examples from investing, sales, R&D, and M&A to ask the question: Will a polarized routine of low-high intensity lead to better outcomes than working at medium intensity most of the time?

I am a value-oriented investor. I am also a recreational marathon runner. When my wife recently gifted me a membership to a running club, I found an unexpected connection between these two worlds. This connection has made me rethink not only my approach to marathon running, but also my understanding of business management.

Running clubs have recreational types like me, but they also have competitive endurance athletes. These are the folks you see start races from the front corrals. And they are the ones who finish with times that put them near the top of the field. For this competitive group, running is no hobby. It is akin to a full-time profession, one that requires dedicated coaching and serious training.

I had always admired such competitive runners, marveling from afar at their inspiring performances. Joining a running club gave me the opportunity to run alongside and closely observe how they train. I was very surprised by what I learned.

Low Intensity. This feels easy and relatively slow — like one is barely even trying.

Medium Intensity. This involves pushing oneself to the point of discomfort but far short of full throttle.

High Intensity. This is running at or near one’s absolute limit.

Recreational runners like me usually stick to medium intensity almost all the time. It feels challenging and engaging — uncomfortable, but not intolerably so. It matches the intensity level we bring to races, and therefore seems like time well spent. Intuitively, we are following the old dictate “practice like you’ll play.”

In contrast, many competitive runners spend around 80% of their training time at low intensity. They are deliberately holding back, systematically building a base of miles at a pace so easy that it looks like they are not doing very much at all. The rest of their training time — the other 20% — is mostly spent at high intensity. These are extremely focused, hard workouts with superhuman bursts of speed and power.

What about medium intensity training? The competitive group spends almost no time doing this. They consider it a waste of energy. I’ve heard endurance experts describe it this way: “Too much pain for too little gain.”

Indeed, scientists studying human endurance have found that the polarized, low-high training approach maximizes race performance while reducing the risk of serious injury. Many world-class runners, cyclists, skiers, and triathletes train in this manner. And the concept is also making its way into everyday culture, as highlighted by popular books on endurance sports and articles on “high intensity interval training,” or HIIT.

This polarized endurance training approach immediately made me think of Warren Buffett, the famed value investor. Buffett talks about his approach to investment work as being “lethargy bordering on sloth.” He spends most of his time reading annual reports, browsing business publications, and speaking with colleagues and contacts. He’s deliberately building a base of investment knowledge — which can look like not doing very much at all. But then he occasionally acts with extreme vigor, making massive investment bets on a handful of rare occasions. In contrast to Buffett’s approach, research shows that recreational investors tend to always be “doing something” — constantly dabbling in markets via a steady stream of “medium” drip-and-drop trades.

Who wins in the end? I think you already know.

Now here are two different worlds, endurance running and value investing. Yet both seem to favor a polarized, low-high, 80-20 strategy for prioritizing effort intensity. And both call for a deliberate avoidance of all things medium. Polarized intensity produces better results. And this is not just because of the “high-20.” The “low-80” is no less important. It simply serves a different purpose. In endurance running, it allows the body to build stamina without getting injured due to over-training. In value investing, it allows the investor to build conviction without losing money due to over-trading.

The more I think of the above, the more I’m convinced that a similar idea also applies to a wider range of managerial work. Here are three examples of other fields in which the approach seems to fit:

But be warned: Even in cases where the polarized intensity approach works, it comes with a big “optics risk.” The intensity of effort is always observable in the here and now, while the results of the effort are sometimes evident only over long periods of time. The “low 80” can look like slacking off. And this can be a big problem when one works in performance management systems which reward effort relative to peers — for example, sales teams that judge performance partly on activities (such as the number of calls made), instead of simply on long-term results. Shifting back to an athletic context, imagine a player on your high-school basketball team intentionally holding back, conserving energy, and strategically prioritizing effort in order to preserve their body so it can deliver peak performance when most needed. Such an athlete would probably have been cut from the team, rejected in favor of one who “hustles” all the time, regardless of the long term consequences.

Another pitfall of the polarized intensity approach comes from the misconception that the long hours spent working at low intensity are somehow easy. They are not. Naturally-fast long-distance runners find it very hard to deliberately slow down on training runs (especially when other runners training at medium intensity are passing on both sides). Similarly, professional investors often struggle to sit tight and do nothing — especially while being bombarded with stories of less accomplished traders making overnight paper fortunes. Competitive human brains are simply not wired to hold back. Doing so requires deliberate patience, extreme discipline, and an unwavering focus on long-term performance.

I am neither an academic researcher nor an expert on personal productivity. But as you consider ways to improve performance and results in this new year, I encourage you to think about what a low-high intensity model may look like in your line of work. My practical experience tells me that this polarized intensity approach is an idea worth exploring for many business leaders.

Germany doesn’t want to be ‘too successful’ at replacing Russian natural...