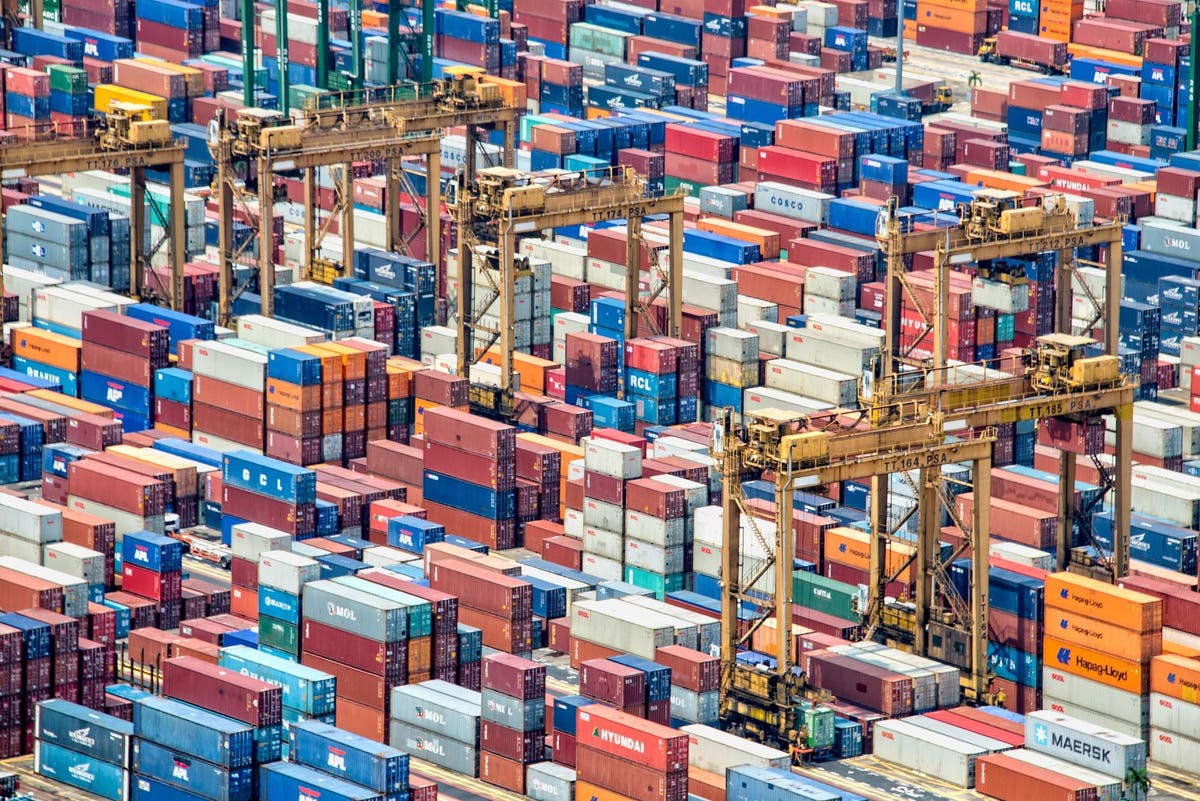 But for manufacturers, supply chain disruptions have emerged as one of the most impactful business challenges.

“Initially, it was too much raw materials, too much supply,” says Bala Sathyanarayanan

Supply chains were on shaky ground even before COVID-19. But, suddenly, the ongoing theoretical talk of near-shoring and reshoring, resiliency, flexibility, and transparency took on new urgency and new action.

Oden’s 2021 State of Manufacturing report shows how much supply chains are top-of-mind for most manufacturing executives. There’s no quick and easy fix—but there are solutions. In the survey industry leaders identified the obstacles they’ve encountered and the actions they’re taking to ensure their supply chains are resilient and (as much as possible) disruption-proof and ready for the future.

Survey respondents of the State of Manufacturing report were asked about the continuing supply chain problems that they’re experiencing. A majority of respondents noted the biggest challenges to their supply chain over the next year related to certifying new suppliers (67%) and onboarding them (57%). At the same time balancing supply levels with fluctuating demand continues to be a challenge for around half of respondents who noted they expect increased demand lasting for 6 months-2 years.

Given these issues, it will likely not come as a surprise that many manufacturers—more than half—are making significant changes across their supply chains. However, 11% are making specific, regional changes, and a third are waiting for surges to normalize before making any changes.

So what are the 50-plus percent of manufacturers doing? They’re redesigning their supply chains with technology—71%—and 58% are increasing their supplier base. Fifty-five percent are demanding more transparency from suppliers. And 45% are re-shoring or near-shoring—we’re definitely witnessing a major push to de-risk supply chains by moving them closer to home.

Bringing manufacturing back to the U.S. could, according to the McKinsey Global Institute, mean $4.6 trillion in trade. That’s a combination of economic factors, like lower costs and increased productivity, says McKinsey & Company’s Eric Chewning, and “non-economic” factors. “Increasingly, we’re seeing non economic factors, whether that’s export controls, or concerns about national security, creeping into the supply chain decisions,” says Chewning.

Reshoring and nearshoring means manufacturers can scale down production in order to be closer to their customers, says Brian Shepherd, Senior Vice President, Software & Control at Rockwell ROK Automation. Many industries, like automotive, have done this in order to be closer to final assembly plants but he’s seeing this idea of microfactories spread to others. And this will take some adjustments. “I think that’s an important trend in manufacturing because there’s a skill and a talent to getting efficiency out of smaller manufacturing operations that companies are going to have to learn to get good at,” he says.

Chewning says McKinsey’s research is showing the same trend. “We call it a flexible manufacturing archetype, but one where there’s high value but low volume,” he says.

Rockwell’s Vice President of Global Industry Jane Barr Mowad agrees that this is now a major push driven by macro trends. This is an expensive and complex undertaking—but it’s also necessary. “There’s a clear shift from nice to have to okay, we’ve got to go get that done,” says Barr Mowad.

Investing now for the future

Around 40% of respondents noted they are prioritizing supply chain investments. They’re after better flexibility, resiliency, sustainability, and better processes for bringing new products to market.

“Manufacturing has been on a rollercoaster ride,” says Paolo Guglielmini, President of Manufacturing Intelligence at Hexagon. He says Hexagon is rethinking its supply chain approach. Where price was formerly the predominant concern, the focus has shifted to ensuring the quality of suppliers’ products. In response, manufacturers are increasing efforts to help suppliers improve their quality.

They’re implementing internal processes to verify supply chain quality, adherence to ESG criteria, and provide consulting and a toolkit for suppliers to help them grow their capabilities. “We’re trying to repackage as an activity  on the inbound as well as the outbound to our suppliers and our customers. And that has been massive, because there’s a lot of growth. So it is becoming a bottleneck in between closing that gap between bookings and shipments. This is helping us massively,” he says.

Ted Jackson, Executive Vice President of Operations at Novolex, says the company is launching a new planning system to manage and anticipate supply chain changes. “We’re in the process of going live on a planning system that really helps with this type of issue and others,” he says. “It’s a common platform to really iron out the linkages and condense the planning cycle for contingencies like this, not only to help us anticipate surges in demand and manufacturing capability, but to better anticipate where we need strategic inventory, where we need to think about subsequent investments, and maybe even future acquisitions.”

Manufacturers are realizing now, probably more than they ever have, the value of a nimble supply chain approach. Solutions that empower companies to make the best decisions, quickly, and without sacrificing the quality of the end product or their relationships with their suppliers and customers, will divide those that survive future disruptions and those that don’t.

“Being able to quickly model scenarios across a national and international manufacturing network is a key element of really how we’re looking to build some resilience into our supply chain,” Jackson says. “It’s a big change to how we’ve approached this sort of scenario in the past.”

‘The Book Of Boba Fett’ Has Worse Reviews Than All Star...