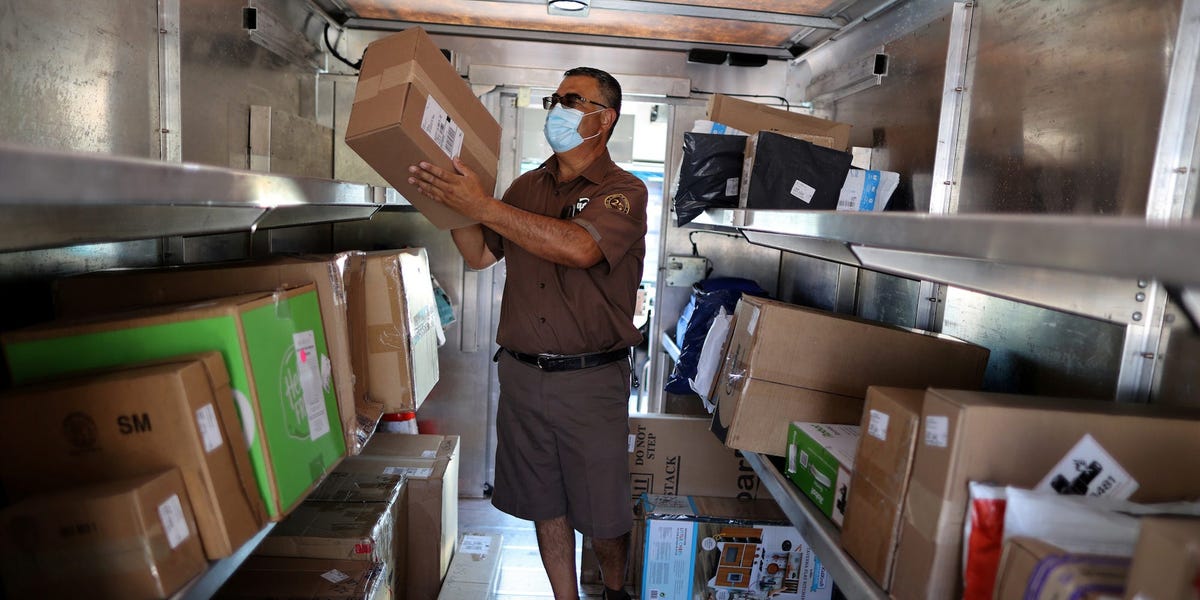 Holiday shoppers bought an utterly staggering amount of stuff in November and December, and the share of those items bought online is growing.

Total retail spending was up 8.5% over the same period last year, according to MasterCard, while ecommerce sales grew 11%. Compared with 2019, ecommerce grew more than 60%.

Now that the holidays are passed, a portion of the massive volume of packages is now headed in the opposite direction.

UPS says it is on track to process more than 60 million return packages between November 14 and January 22 — a 10% increase over last year. In addition, one in four Americans is expected to make a return, Louisville TV station WDRB reported.

And while UPS is the largest private carrier by volume in the US, the numbers for Amazon and FedEx this year are likely to be elevated as well.

In traditional brick-and-mortar retail, the historic average for returns has been about 10% of sales. In other words, for every ten items sold in a store, one is brought back.

Ecommerce returns tend to occur at double or even triple that rate, according to B-Stock CEO Howard Rosenberg, whose company handles inventory auctions for some of the world’s largest retailers, a majority of which is returns.

“We’re gonna move like 150 million individual items for our clients this year,” Rosenberg told Insider. “That’s a lot of stuff.”

Even with services like B-Stock, returns can still be an expensive proposition for retailers. The average holiday return costs up to two-thirds of the original price paid for the item, according to NBC Nightly News.

“The cost of reverse shipping merchandise that customers no longer want to keep often far exceeds the value of that merchandise in the first place,” Columbia Business School professor Mark Cohen told the program.

Kim Friddle, who runs a business processing both new and returned items for Amazon sellers, told Insider that a product’s journey back to an Amazon fulfillment center is much longer and more expensive than the trip to get it to a customer’s front door.

“If it’s going back into inventory, that thing gets shipped three times before it gets back on Amazon shelves, and every time that costs money,” she said.

Is Jay-Z Headed For His First Oscar Nomination?

Popeyes opens its first restaurant in Britain this weekend – with...