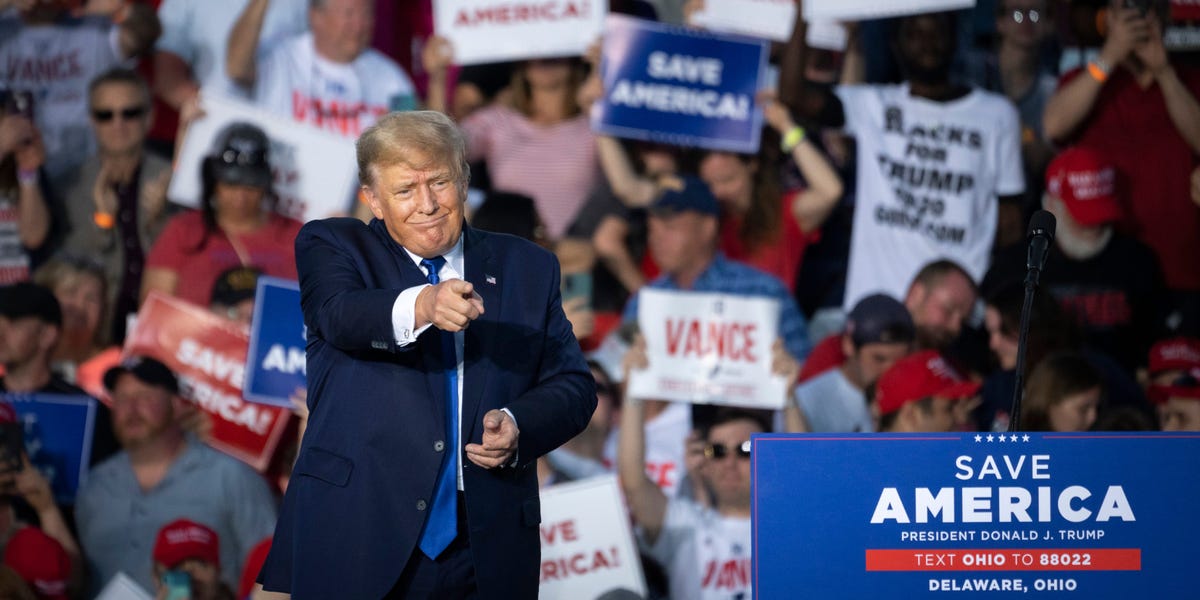 Former President Trump apparently doesn’t like his intelligence being called into question.

During Saturday’s rally in Ohio, Trump detailed once again that he aced a cognitive test in 2018. “I don’t like being called stupid,” Trump said.

He continued, referencing an apparent conversation with Republican Rep. Ronny Jackson: “Is there a test or something I can take to prove to these radical left maniacs that are much smarter than them?”

The test Trump referenced is called the Montreal Cognitive Assessment. It is not an IQ test but rather a tool to spot early signs of dementia and other memory issues.

Jackson, who represents Texas’ 13th congressional district and served as White House physician under Trump and Former President Barack Obama, administered the test and said that Trump got 100% on it.

Chris Wallace, who interviewed Trump in 2020, told the former president that he had also taken the exam, and it was “not the hardest test.”

Trump retorted by saying he “bet” that Wallace couldn’t answer the last five questions and that “Joe Biden could not answer those questions.”

Jackson, along with other Republicans, called on President Joe Biden in an open letter to take the same test, saying that he was not “not physically or cognitively fit” to lead the county.

Trump said Thursday during a press conference in Florida that he would rather be called a dictator than a dumb person after boasting about the same test results. Trump referenced the dictator comment during Saturday’s rally.

“And you know, now, they don’t call me stupid,” Trump said. “They say he’s a dictator, he wants to take over the world.”

Representatives for Trump and Jackson did not immediately respond to Insider’s request for comment.

Inflation could hit 9% — and prices increases would have been...