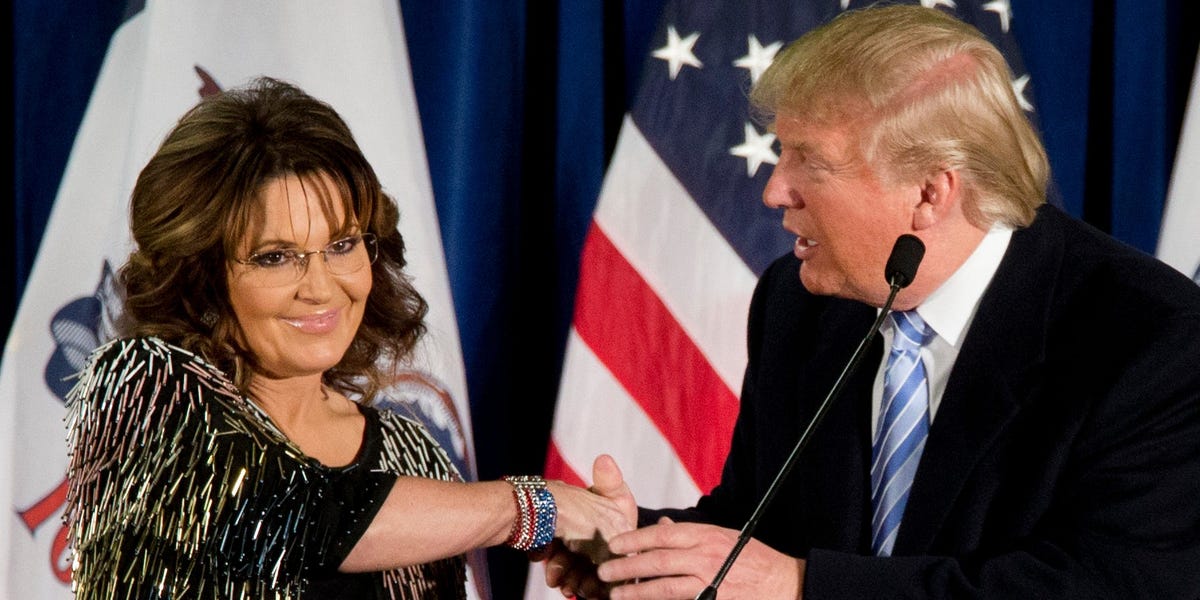 Former President Donald Trump on Sunday endorsed Sarah Palin to represent Alaska in the US House of Representatives.

“Wonderful patriot Sarah Palin of Alaska just announced that she is running for Congress, and that means there will be a true America First fighter on the ballot to replace the late and legendary Congressman Don Young,” Trump said in a statement obtained by Insider.

Trump also noted that Palin, who has not served in public office in over a decade, endorsed him in 2016, adding “now, it’s my turn!”

Palin, the former governor of Alaska and John McCain’s presidential running mate in 2008, announced on Friday she was running for Congress. Her announcement came after longtime Alaska Rep. Don Young passed away last month.

Trump has been on an endorsement spree and as of February had backed more than 100 candidates since leaving office, Insider’s Warren Rojas and Jake Lahut reported.

The Best New Movies And Shows To Stream On Netflix, Amazon,...