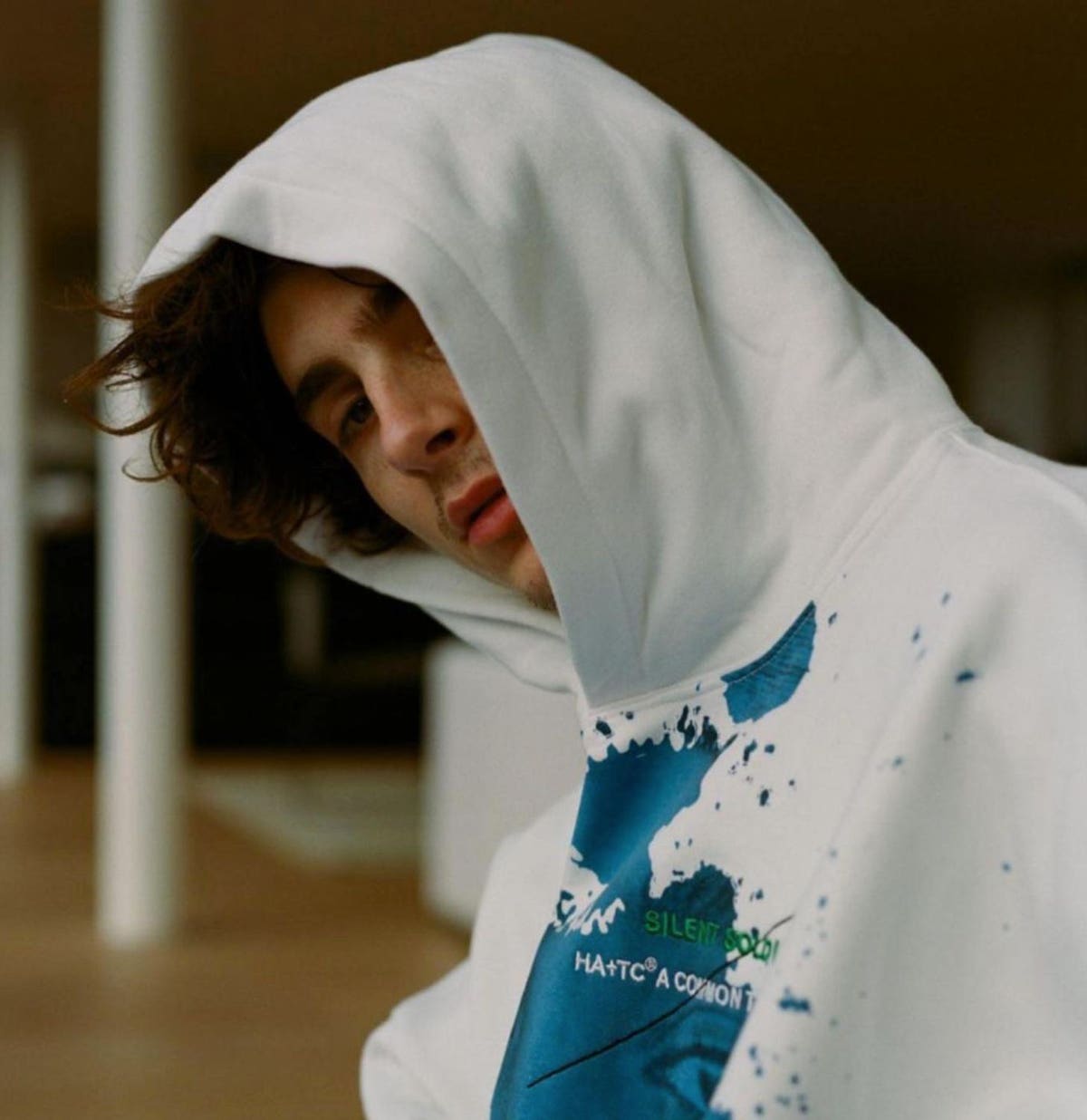 The duo have teamed up on a charitable hoodie that benefits Afghanistan Libre, an organization that fights for women’s and children’s rights in the country, sharing the news on their respective social media channels.

“So for a couple of years now @h.a and I have been wanting to make something,” Chalamet shared to Instagram.

“Together, in August, we were horrified to learn of the ongoing humanitarian crisis in Afghanistan and decided to design a hoodie where 100% of the proceeds will go to @afghanistanlibre, a relief organization with boots on the ground that fights to safeguard women’s and children’s rights — as those atrocities continue to spread, we should amplify the voices of those silent soldiers.”

Both men posted photos of themselves wearing the hoodie, which features photograph of a young child in a blue paint splatter design.

The details read ‘Silent Soldier’ and ‘HA+TC A Common Thread,’ referring to Chalamet and Ackermann’s initials.

Despite this being their first official collaboration, Ackermann has long been Chalamet’s go-to designer, dressing him in custom pieces for red carpet appearances across the globe. Most recently, Ackermann designed a custom casual white suit that Chalamet wore to the 2021 Met Gala (which he co-chaired).

Chalamet has marked some of his most important career milestones in the French designer’s suits, in fact—most notably, the viral belted silver satin suit he wore for the premiere of The King in 2019 and the sparkling black power-shouldered top and trousers he wore to the Venice Film Festival premiere of Dune earlier this year.

With this in mind, it’s fair to assume this is just the start for ‘A Common Thread’.

Mitch McConnell says he ‘would not be in favor of shortening...

Running can be more expensive than you might think — here’s...