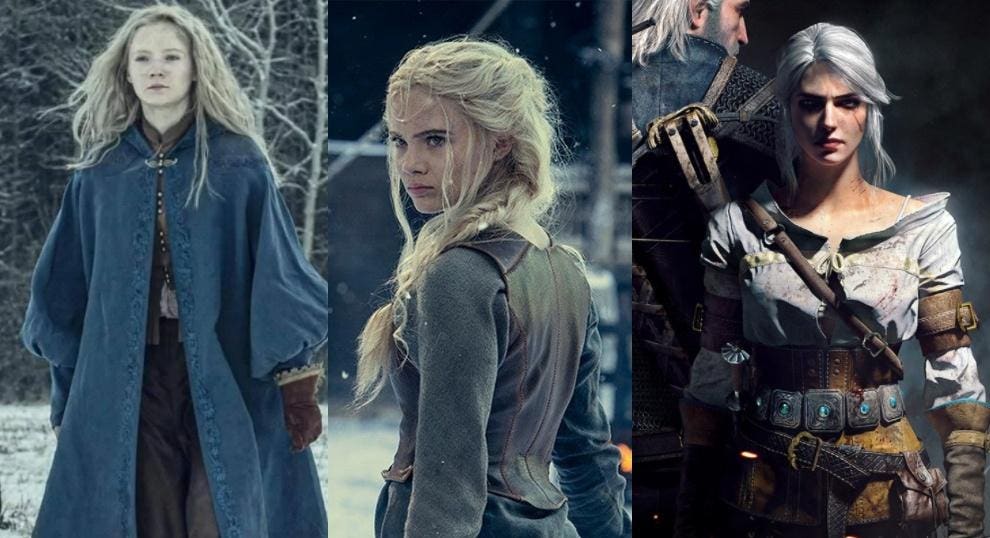 From the start, it’s been made very clear that The Witcher on Netflix is adapting the original books, not the CDPR video games. And yet, here in season 2 of the show, the video game influences introduced by mega-nerd Henry Cavill are spreading.

The look of a few characters in The Witcher season 2 has been changed pretty dramatically, and the result is something more in keeping with the characters we recognize from The Witcher 3: Wild Hunt.

Ciri is first, and she practically looks like a different actress this time around. Not much time has passed between the end of season 1 and the beginning of season 2, but it feels like she’s practically aged five years just because of how she’s styled. And though she doesn’t have fully white hair yet, the similarities between this new version of Ciri from the games are pretty obvious.

The biggest change is actually a pretty simple one: She no longer has bleached eyebrows, which gives her less of an elfen, ethereal appearance, and closer to Ciri from the games. Turns out this was actress Freya Allen’s request:

“I was the one who said, ‘I’m so sorry, but if we are’ — which hopefully we will — ‘get to do many more seasons, I am not going to have any eyebrows left if they are bleached every day of The Witcher. They won’t be there anymore.’ And also it requires you spending however many months walking around in the streets looking like you are off Mars. I genuinely had people stop me when I had the bleached eyebrows being like, ‘Where are you from,’ and they were so curious because I literally looked like a little alien wondering around. It was my choice. I said, ‘I think we’re done with the bleached eyebrows. I think that was a bad idea.’ So yeah, ditched the eyebrows. I mean, just got my own usual eyebrows back!”

The second character who has gotten a bit of a game-based makeover is Triss, who has a larger role this season, and now has much redder hair. I’m not quite sure if that’s supposed to have to do with her being burned at the big battle, but it’s a very clear change. Past that, the hairstyles she wears this season seem a lot closer to Triss from the games, along with a few of her outfits.

And while Vesemir is a new character introduced this season for the first time, it’s clear he couldn’t be styled closer to the game version as well:

Yes, some of this may just be veering closer to the book descriptions, but if you’ve played the games, the move toward the representations of the characters we’ve seen in CDPR games seems pretty clear. It’s so widespread it seems like the show more or less gave up and decided to let the games influence the look, as it’s made everyone look better. Henry Cavill’s Geralt has already been heavily influenced by the games, both in appearance and in manner, so why not everyone else?

Anyway, it’s been cool to see this as I work my way through season 2 here. Anyone else notice?

Here’s what it’s like to take the 4-hour train journey on...

A Virginia woman who hinted that she ‘trashed’ Nancy Pelosi’s office...