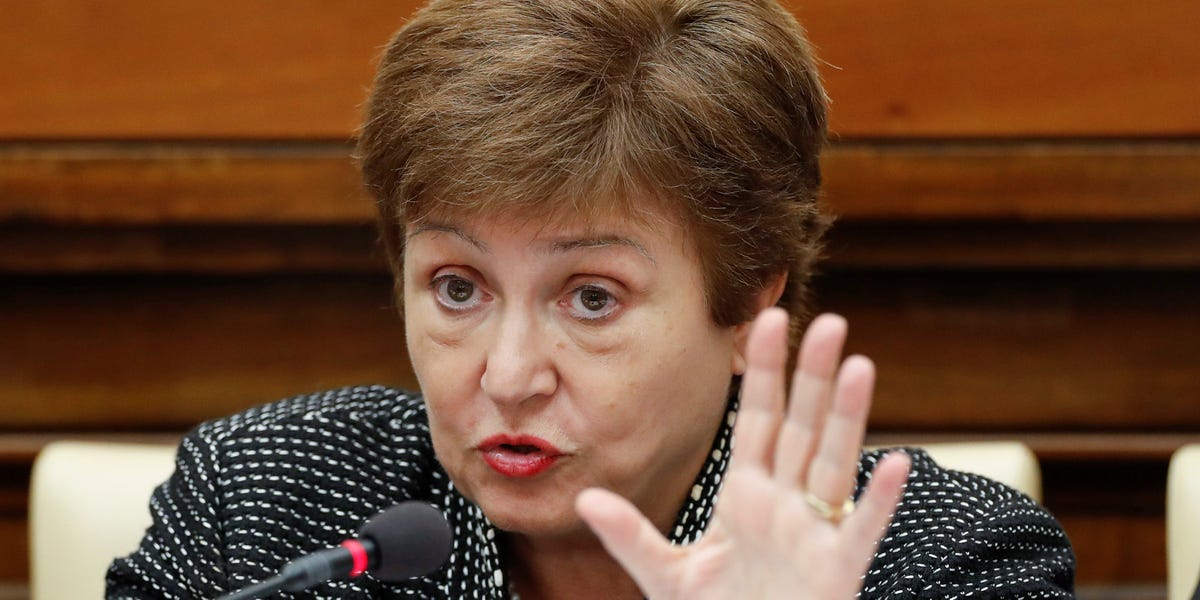 The outlook for this year’s global economy was “gloomy,” but conditions could get even tougher in 2023 unless central banks can get inflation under control, according to the International Monetary Fund chief Kristalina Georgieva.

“This year is tough, next year tougher,” Georgieva warned in an interview with CNN on Thursday, referring to lingering supply-chain issues from the pandemic, as well as Russia’s invasion of Ukraine, which have both pushed up food and energy prices this year to atmospheric levels.

But the odds of a complete economic recovery next year are low, she said, as the economy is still reeling from “shock upon shock upon shock.” With new variants, the COVID-19 pandemic continues to drag on, and other experts don’t think Russia will end its invasion of Ukraine anytime soon.

That spells trouble for the global economy, Georgieva said, calling painful food and energy price spirals around the globe a “cost of living crisis.”

Europe, in particular, has seen energy prices skyrocket after being cut off from Russian gas supplies, with electricity prices soaring over 1,400% in the last year.

Inflation continues to batter the US economy as well, with the Consumer Price Index clocking in above expectations at 8.3% in August. That’s marks a continuation of the recent downtrend, but still way beyond the Fed’s 2% long-run target, which led the central bank to hike interest rates another 75 basis points on Wednesday.

Other central banks around the world have “no choice” but to follow suit, Georgieva said, who called inflation was the global economy’s “biggest enemy” today.

“The critical question in front of us is to restore conditions for growth, and price stability is a critical condition,” Georgieva said.

She added that it would have an outsized impact on the poorest populations, and out-of-control inflation would only lead to “more people on the street.”

“If we don’t bring inflation down, this will hurt the most vulnerable,” she warned.

US airlines are combating the pilot shortage by raising pay, lowering...