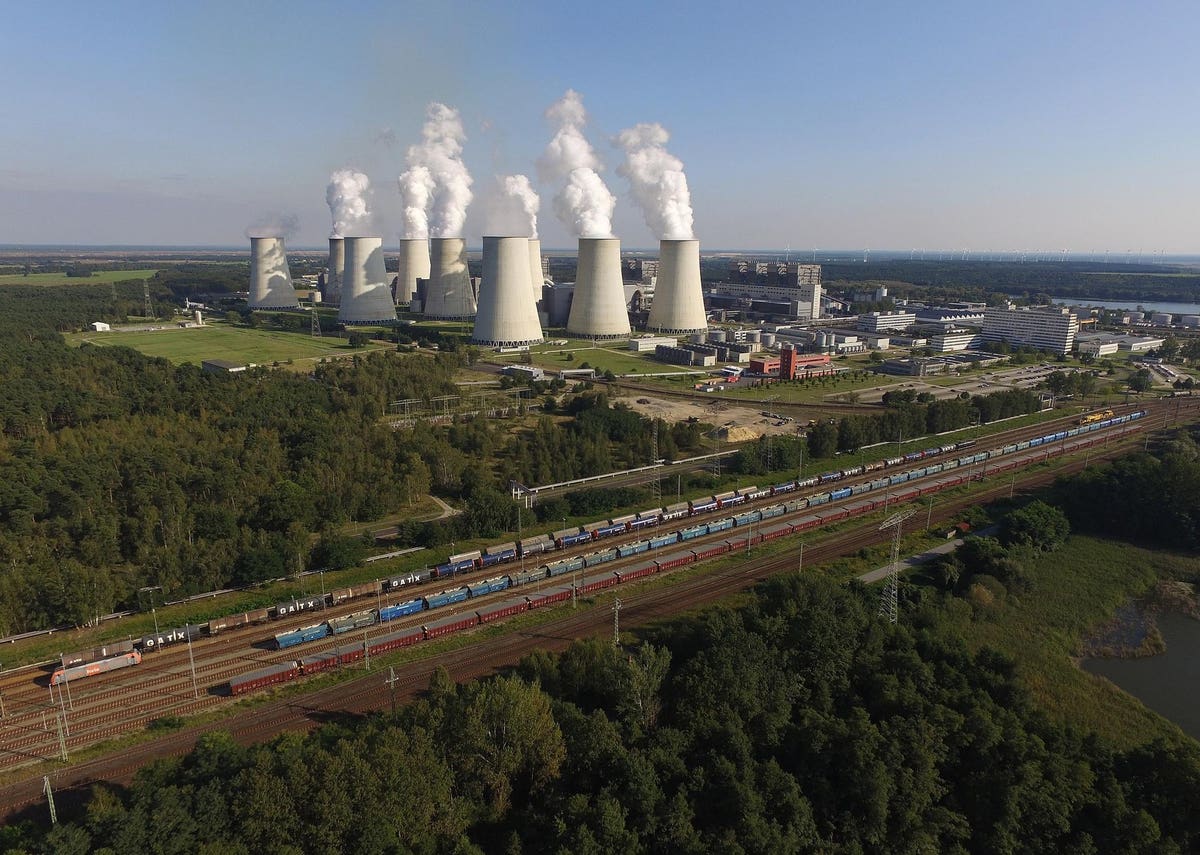 Earlier this year I wrote that the pace and progress of the so-called “energy transition” would be determined not by flowery narratives pushed by rent-seeking industries and friendly governments, but by the immutable laws of physics, thermodynamics and supply and demand. As the winter of 2021-22 dawns, the European continent finds itself grappling with all of those laws as it struggles to sustain its narrative.

That narrative, pushed fervently throughout 2021 by the wind, solar and EV industries and the Biden administration and left-leaning government officials around the world, posits that these renewable energy sources will soon displace oil, natural gas and coal and internal combustion-powered cars as the world’s leading generators and users of energy. Best of all, that fairy tail future can be just around the corner if only governments will continue to engage in profligate spending on massive subsidies designed to make these new forms of energy “affordable.”

What that narrative didn’t spend much time dwelling on, though, is what happens if, say, the wind stops blowing across a European continent that has prematurely loaded up its power grid with wind farms not backed up by scalable storage. Or, perhaps even worse, if Democrats fail to pass that Build Back Better bill containing more than half a trillion dollars in new and expanded subsidy spending.

What we see happening in Washington, DC right now, since Sen. Joe Manchin (D-WV) announced Sunday that he cannot support President Biden’s “Build Back Better” legislation, is predictable. Manchin has taken a verbal pounding from progressive Democrats in congress and from the White House, all of whom accuse him of breaking his word on the bill, which frankly is nonsense. Manchin staked out a firm position on what he could live with in that kind of omnibus legislation in mid-summer and has held to it steadfastly ever since. Anyone expressing surprise now hasn’t been paying proper attention, to put it nicely.

Manchin has responded to the fury directed his way by saying that “They figure…we can badger and beat up one person. I’m from West Virginia, I’m not from where they’re from, and think they can beat the living crap out of people.” Senate Majority Leader Chuck Schumer promised Tuesday that he would bring the bill back up for a vote in January, saying “We are going to vote on a revised version of the House-passed Build Back Better Act – and we will keep voting on it until we get something done,” but what that something will ultimately look like will not be clear until Schumer can somehow accumulate 51 votes to support it. Until then, the future of America’s subsidy-fueled “transition” will be stuck in political limbo.

In Europe, meanwhile, the abject failure by the wind industry to provide reliable, scalable electricity to much of the continent is creating some amazing unintended consequences. The IEA reported last week that coal usage will soar to new record levels in 2021, thanks to rising consumption in India, China, the U.S. and Europe, as countries like Germany and the UK scramble to reactivate mothballed power plants to try to meet surging power demands this winter.

At the same time, natural gas prices in Europe surged to all-time highs before falling back slightly on Tuesday, as governments that have banned drilling for their own resources try to obtain winter supplies via imports from Russia or by LNG produced in the U.S., Qatar or Australia. One major cause of Tuesday’s price spike was the fact that flows on the Yamal-Europe pipeline were reversed back to the East so that Russian utility Gazprom could meet domestic demands of its own. Who could have ever predicted that Russia would want to meet its own domestic demands for natural gas before exporting whatever excess it produces?

The Kremlin said that the flow reversal was “a purely commercial consideration” and it most likely was. But it serves as a clear demonstration of what a fragile state of energy security in which much of Europe now finds itself due to irrational efforts to prematurely convert power grids to renewables unsupported by reliable and scalable energy storage. Yet, S&P Platts reported last week that Germany’s new government now plans to enact policies mandating that as much as 80% of its grid’s capacity will be supplied by wind, solar and other renewables by 2030, completely shutting down its coal industry at the same time.

Here is what Germany’s actual power generation mix looked like at 1:00 p.m. local time on December 21:

Note that although this chart, courtesy of ElectrictyMap.org, states that 21% of electricity on the German grid was being generated by “renewable” energy sources, most of that was being provided by the country’s nuclear plants. Only about 1/3rd of it was coming from wind and solar, or about 7% of the grid’s generation. Not only does the new government’s plan fail to include mandates for new nuclear facilities, it plans to phase its existing plants out of the mix as soon as next year.

Also note that this chart shows that roughly 40GW of the total roughly 61GW of power being generated on the grid was coming from coal and natural gas-powered generating facilities. Another 1 GW was coming from fuel oil. That’s 2/3rds of Germany’s electricity generated by fossil fuels in 2021, after more than a decade of heavy government mandates and subsidization of wind and, to a lesser extent, solar.

Yet, the country’s new government thinks that it can, through even more massive intervention into the markets, ratchet up the 7% currently being provided by wind and solar to 80% in just the next 9 years. While that makes for a pretty, climate-sensitive narrative to peddle to the German people and news media, not to mention international gatherings like the recent COP26 conference, doesn’t it seem to fly in the face of not just the laws of physics, thermodynamics and supply and demand, but common sense as well?

Put simply, it is a plan that is bound to fail, placing lives at risk just as Germany’s now-infamous Energiewende plan was bound to fail when it was introduced by Chancellor Angela Merkel in 2011. At some point, governments will, having spent all of their available funds on the pursuit of flowery narratives, be forced to deal with energy realities. Unfortunately, it’s obvious that the current governments in the U.S. and Europe haven’t quite arrived at that point as 2021 comes to a close.

Alex Jones Slams Donald Trump For Telling The Truth About The...