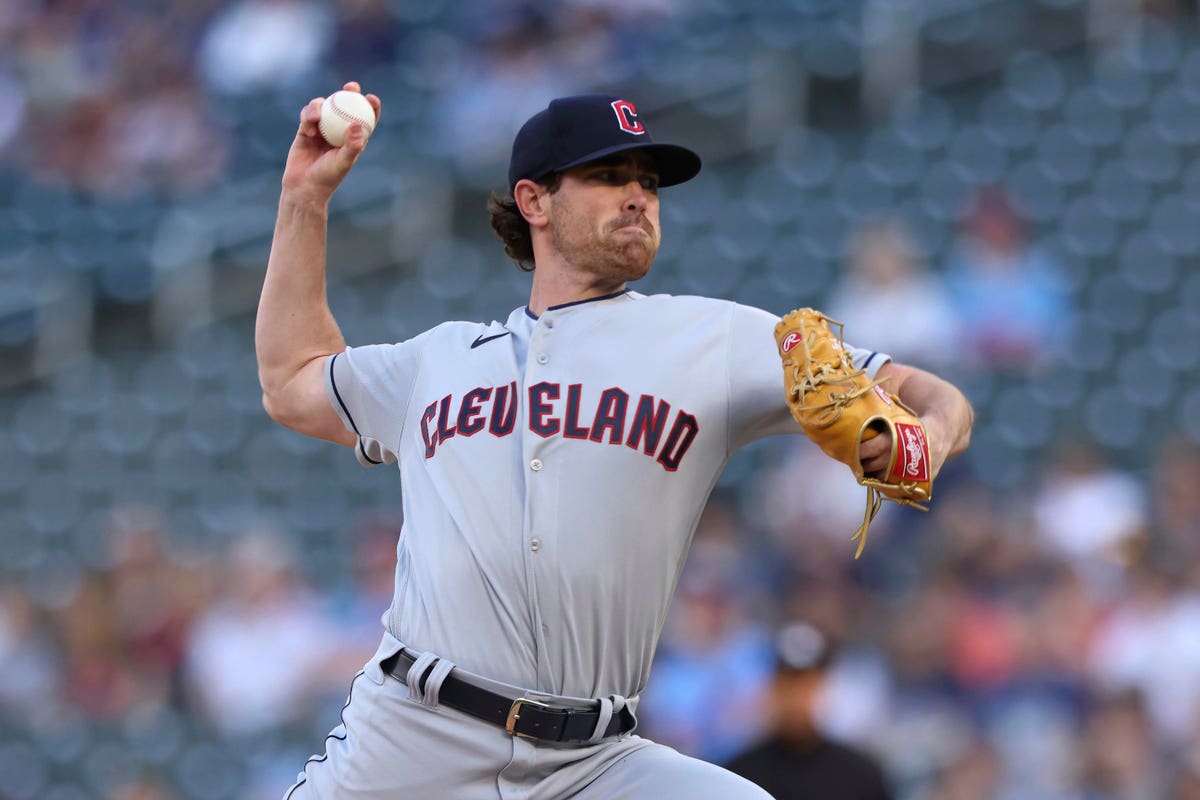 At the start of play Sunday, the Cleveland Guardians were still, inexplicably, leading the American League in hitting, despite their sub-.500 record, and with their opening day cleanup hitter batting .205, one of their outfielders .202, and their catcher .165.

Their starting rotation, which was supposed to be the strength of the team, has a combined total of seven wins, one more than Justin Verlander. The team leader in wins is middle reliever Nick Sandlin (5-3), who has pitched once in the last eight days. The team’s 4.01 ERA ranks near the bottom of the league, but that figures to change as rotation leaders Shane Bieber, Zach Plesac and Aaron Civale have begun pitching to their track records.

Elsewhere, the Guardians are a bundle of fun facts.

Their hitters are batting .290 with runners in scoring position, and .236 in all other at bats.

They are the only team in the American League without a single player that has been intentionally walked – not even perennial all-star and MVP candidate Jose Ramirez, the No. 3 hitter, who leads the league in RBI.

Ramirez has yet to be intentionally walked despite the fact that, as a group, the team’s No. 4 hitters have been easy pickings for opposing pitchers, batting, as they are, a combined .184, with a .222 on-base percentage, a .313 slugging percentage, and 49 strikeouts, by far the most strikeouts of any spot in Cleveland’s lineup.

The Cleveland Guardians are one of the most confounding teams in the American League. Good luck figuring these guys out.

Oh, and one other thing:

“We’re a young position player group and a young pitching group,” Antonetti said. “We’re encouraged by the way the group has performed so far, and feel that it will continue to get better.”

It has plenty of room to do that. With a record of 17-20 the Cleveland sits in third place in the AL Central, six games behind division-leading Minnesota.

As the above evidence suggests, the youthful Guardians, in their maiden season under their new nickname, are somewhat of a hardball hodgepodge. Some good. Some bad. On this date last season, they had already been no-hit twice, but they began this week leading the American League in hitting with a rather-bland .247 batting average. It wasn’t that long ago that a team average of .247 would rank last in the league, but as we all know, the game has changed.

What hasn’t changed is Cleveland’s philosophy on team building. The franchise’s lack of activity during the offseason left the fan base unimpressed. But the opening day announcement that the team had signed the popular Ramirez, the only position player left from Cleveland’s 2016 World Series team, to a seven-year $141 million contract excited the fans and insulated the organization from tanking charges.

So, too, have the benefits the Guardians have reaped from Antonetti & Company’s ability to identify and acquire incubating prospects from other teams that, once acquired, become potential core players in Cleveland.

Over half of the Guardians’ current 25-man roster consists of young players acquired from other teams in trades. The biggest of those deals, from the standpoint of inventory acquired, was the 2020 trade of pitcher Mike Clevinger to San Diego for six players, four of whom are currently on Cleveland’s 25-man major league roster: first baseman Josh Naylor, infielder Owen Miller, rotation starter Cal Quantrill, and catcher Austin Hedges. Gabriel Arias, also acquired in that trade, is a highly-regarded infield prospect, who could be in the majors next year.

Two other everyday players on the Guardians roster, shortstop Andres Gimenez and infielder/outfielder Amed Rosario, were acquired from the Mets in the Francisco Lindor trade. Slumping slugger Franmil Reyes, came to Cleveland from San Diego as part of the Trevor Bauer trade in 2019. Centerfielder Myles Straw as been Cleveland’s leadoff hitter since the day he arrived last year in a trade with Houston.

Dependable bullpen arm Trevor Stephan was acquired from the Yankees in the 2020 Rule 5 Draft. All-Star closer Emmanuel Clase came from Texas in the 2020 trade of Corey Kluber.

All those acquisitions have not only helped bolster the major league roster, but they also may potentially block some of the emerging prospects in the team’s minor league system. Some of those prospects could be used in future trades to enhance the big-league roster.

It’s been eight years since Cleveland failed to reach the playoffs in consecutive years. It might happen this year, but Antonetti sees the glass as half full.

“If the pitchers get back to the levels of their past performance, and we get continued development from our position players,” said Antonetti, “it’s exciting to think about how we can play in the second half and how many games we can win.”

Frank Gore On Deron Williams: ‘People Are Going To Be Surprised...