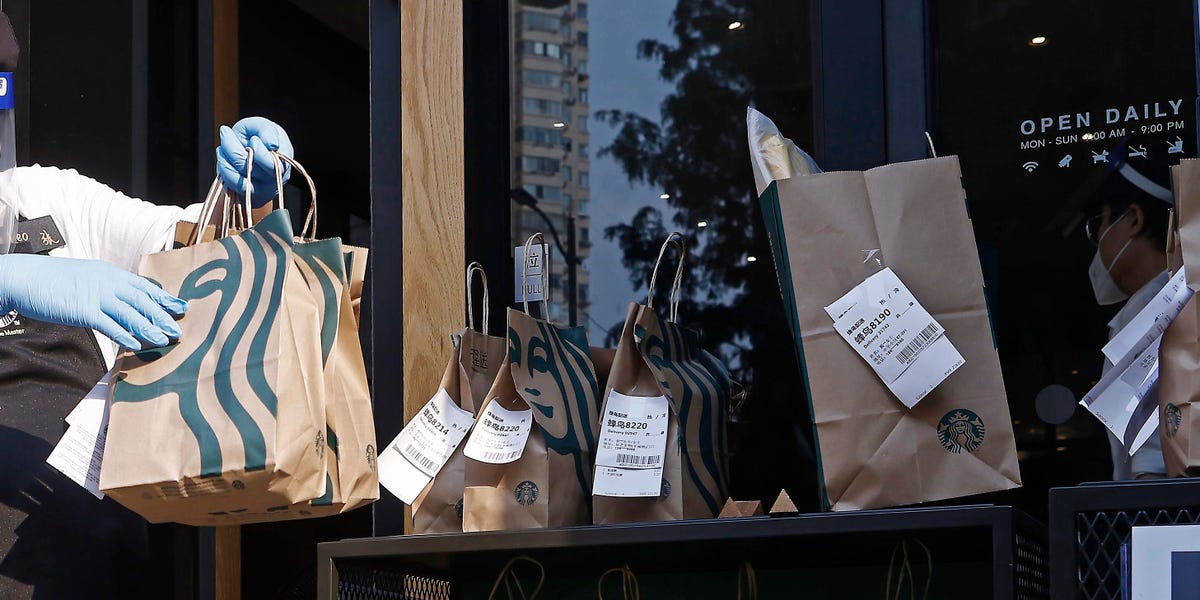 Starbucks is moving farther away from its roots in favor of convenience and efficiency.

Over two-thirds of orders now come from the mobile app, drive-thru, and delivery, the coffee giant said in an August earnings call. In other words, just 28% of customers enter Starbucks and place their orders with baristas, some of them staying and drinking their beverages on Starbucks property.

Customers seem to love the convenience of alternative ordering methods, and Starbucks is making it even easier. About 90% of new locations are being built with drive-thrus, The Wall Street Journal reported in May. About half of locations have technology that allows customers to order through tablets operated by workers in drive-thru lines, and 65% of locations are planned to have them by the end of 2022, CEO Howard Schultz said in the call.

Starbucks closed some lower-performing mall locations in the past to focus more on drive-thrus. The chain is considering locations that are drive-thru only, and has already created pick-up only stores and partnered with Amazon to launch a joint Amazon Go store where only mobile orders and payments are accepted.

Starbucks initially grew into a massive success by popularizing a premium coffee experience and introducing Americans to espressos drinks like lattes. The chain presented itself as a “third place,” where people can gather outside of homes and workplaces. This concept is in conflict with the chain’s more recent emphasis on convenience, shifting the definition of “third place” into a “mindset” over a physical space.

These changes at Starbucks don’t mean that most locations will be without seating and space for customers to gather, Edward Jones analyst Brian Yarbrough told Insider. Focusing on drive-thru and mobile ordering is in part an impact of the pandemic, but the shift in priority was happening before COVID-19 hit, Yarbrough said.

“The days of customers getting a coffee and hanging out are probably behind,” he told Insider. “They probably don’t need all this room for people to sit around.” Drive-thrus have outperformed locations without drive-thrus, he said, and having smaller seating areas to maintain could give Starbucks some savings.

Pivoting to prioritize these other methods of reaching customers is key to what has made Starbucks so successful, because the chain is able to adapt to changing customer preferences, Yarbrough said, He pointed out that 75% of drinks sold by Starbucks are cold, which weren’t even part of the chain’s original menu.

Other quick-service chains have similarly pivoted to prioritize drive-thrus, too. Chipotle has focused on adding Chipotlanes to new locations and building drive-thru-only restaurants, which use mobile ordering. The advantages are similar to what Starbucks is likely considering  — drive-thrus tend to have higher margins and operate faster.

Do you have a story to share about a retail or restaurant chain? Email this reporter at [email protected].