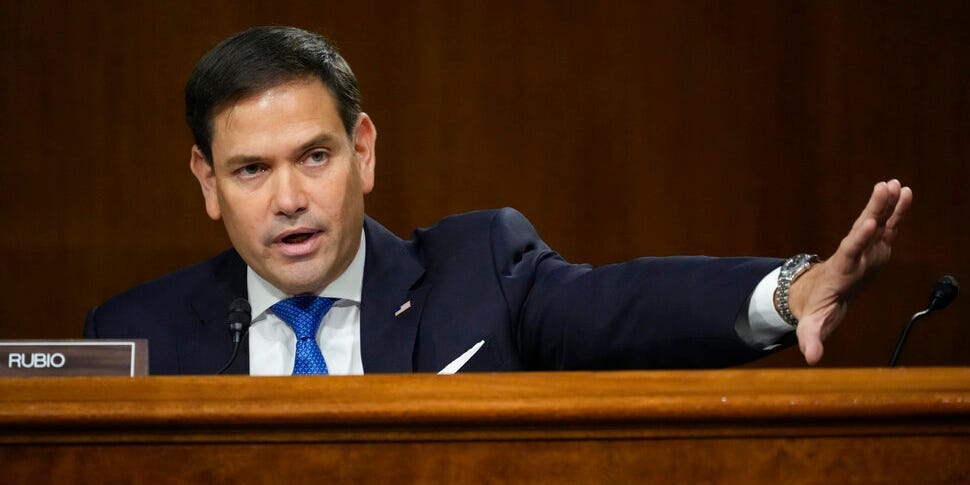 Sen. Marco Rubio on Friday criticized the public response to the highly-transmissible Omicron coronavirus variant, saying that fears emanating from the surge in new cases amounted to “irrational hysteria.”

The Florida Republican —whose home state had a one-day record of 75,900 new cases of COVID-19 on Friday, per the Centers for Disease Control and Prevention — took to Twitter to minimize the severity of the new variant.

“Record numbers testing positive for a sore throat isn’t a crisis. And people in the hospital for car accidents testing positive isn’t a surge,” Rubio wrote. “The real crisis is the irrational hysteria which has people with no symptoms waiting hours for a test or missing work for 10 days.”

He went on to encourage fans who attended Friday’s Orange Bowl football game in Miami.

“Very happy to see a packed stadium for tonight’s #OrangeBowl,” he tweeted. “There is no reason to close, limit or cancel anything. Ignore the hysteria & have a great New Years Eve!”

Despite the continued frustrated among many Americans over the enduring state of the pandemic as it enters a third consecutive year — along with President Joe Biden’s continued push for vaccinations — the US recorded a record number of new COVID-19 cases this week.

On Thursday, the seven-day average topped 355,000 cases, according to Johns Hopkins University.

However, the risk of hospitalization for individuals infected with the Omicron variant is roughly a third of what is posed from the highly-infectious Delta variant.

While vaccines do not prevent individuals from contracting the coronavirus, they are credited with reducing the severity of illness in those who contract the disease.

Earlier this week, Rochelle Walensky, the director of the CDC, struck a more positive note on Omicron as it related to hospitalizations — while also adding a note of caution.

She continued: “I want to emphasize that this virus has proven its ability to adapt quickly, and we must adapt with it.  And it is in that context that, last week, CDC updated our isolation and quarantine guidance for healthcare workers as we prepare for an anticipated surge in COVID-19 cases.”

The CDC endured some criticism this week for its new recommendation that asymptomatic people infected with the coronavirus complete their isolation period after five days, which is a reduction from 10 days.

The agency said that the new guidelines were driven by science that showed that the bulk of virus transmission transpired earlier in the infection period.

However, former US Surgeon General Jerome Adams on Tuesday spoke out against the latest guidance from the agency.

“I love the CDC. Grew up wanting to work there and have been one of their most ardent defenders. I never dreamed the day would come when I would advise people NOT to follow their guidance,” he tweeted.

“But ask any of them. They wouldn’t even follow it for their own family,” he added.

More than 825,000 people have died of the coronavirus in the US, with 54.7 million confirmed cases, according to Johns Hopkins University.

The Rise Of Chelsea Women To Be Charted In New Documentary...