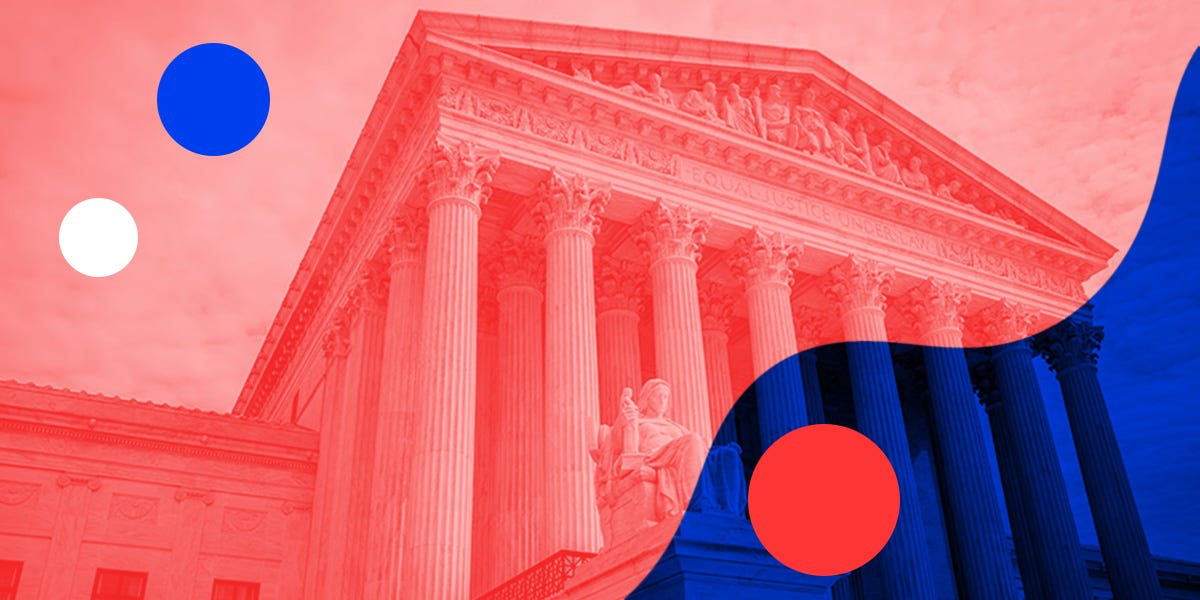 The US’ highest court has a legitimacy problem: The American public doesn’t think the Supreme court represents their best interests, according to a new poll from Morning Consult/Insider.

In the poll from September, Americans of all ages said they think the Supreme Court is “out of touch” on several key issues, especially abortion access and gun regulations. In June, the court issued two landmark rulings on the subjects that appear to have drawn ire from those around the country.

In June 2022, the Supreme Court decided in a 6-3 ideological vote to gut the protections and precedents for safe abortion access it granted to all Americans nearly 50 years ago in the ever-famous Roe v. Wade case.

The Supreme Court’s decision-making around abortion issues appears to have irked those surveyed by Morning Consult and Insider — more than 55% of every age group polled said the Supreme Court was either “somewhat” or “very out of touch” regarding issues relating to abortion access.

Americans’ frustrations with the Supreme Court extend to the issue of access to guns.

The United States, which boasts tremendous Second Amendment gun protections, is also home to rampant firearm-related violence, injuries, and deaths. For decades, especially since the rise in the occurrence of school shootings, many Americans and activists have petitioned their local and federal governments to unveil new regulations on who can possess guns and limit the accessibility of certain types, like military-style assault weapons.

Despite a high number of firearm-related injuries and deaths in the country, the Supreme Court dramatically expanded Second Amendment rights in the nation by declaring that New York’s ruling requiring a license to concealed-carry weapons in public areas was unconstitutional.

The court’s decision on firearm-related issues hasn’t spurred much confidence in the institution.

According to the survey, more than 55% of every age group polled said they think the Supreme Court is either “very” or “somewhat out of touch” on gun regulations.

As the nation’s frustrations with the Supreme Court continue to boil, the survey found that people across the board in the US want term limits for justices. At the moment, a seat on the Supreme Court lasts as long as the justice wishes to serve, with some justices, like Justice Ruth Bader Ginsburg, serving until they die.

Among the survey, more than 70% of people of every age group polled said that justices should have a cap on how long they can serve.

Term limits for Supreme Court justices is an idea that also appeals to members of both parties, according to the survey. More than two-thirds of Republicans and three-fourths of Democrats polled said they think there should be a cap on how long a justice can serve.

Despite the nation’s wish for term limits on Supreme Court justices, it’s unlikely to happen anytime soon. Adding a term limit would require Congress to amend the US Constitution, which would require a two-thirds vote from both the House and Senate to initiate the process. The proposed amendment would then be required to be ratified by three-fourths of the states to officially be added to the constitution.

The most recent time the constitution was amended was in 1992, with the 27th Amendment, which stops any law that would change the salary of members of Congress from taking hold until after the next House of Representatives election. The amendment was one of the first to ever be proposed but took nearly 200 years to ratify.

The survey is part of Insider’s “Red, White, and Gray” project, which explores the ongoing gerontocracy in the US and its ramifications.

The Insider/Morning Consult survey was conducted from September 8 through September 10, and had 2,210 respondents and a margin of error of +/- 2 percentage points.

Launched Pre-COVID, A Psychedelics Company Finds Its Sweet Spot In Being...

International Talent Is Taking Over The NBA