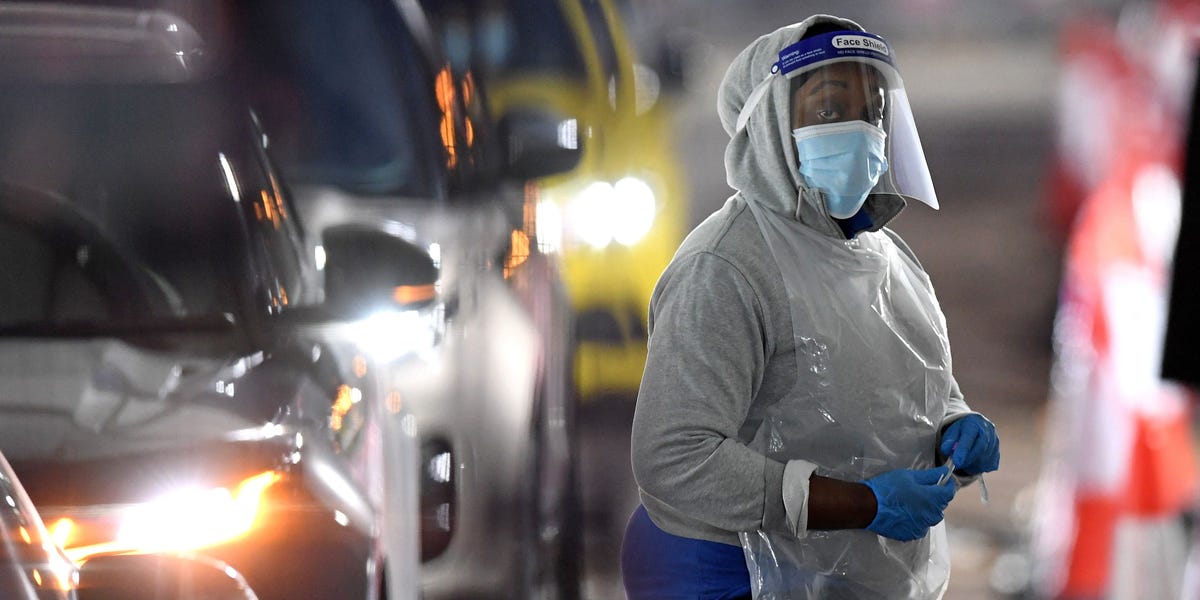 Scientists have urged caution after four new studies suggested Omicron may result in milder COVID-19 illness than Delta, warning that the new variant shouldn’t be dismissed as a cold-like infection just yet.

Studies from England, Scotland, Denmark, and South Africa estimated Omicron reduced the risk of hospitalization from a range of between 40% to 80% compared with the Delta variant.

These early studies, which haven’t been peer-reviewed and published in medical journals, indicated that COVID-19 illness caused by Omicron tended to be milder than Delta in relatively young populations with high levels of immunity, whether from vaccination or prior infection. But experts said that the data can’t yet tell us if the virus is inherently less deadly than Delta, while others warned Omicron’s transmissibility may pose the biggest threat.

A key reason for the observed mildness of Omicron, experts say, is that it appears to be better at infecting people who have some level of protection, compared with Delta. The studies could only take into account known previous infections — Omicron could be causing “mild” illness in people who had been previously infected but who hadn’t shown symptoms or taken a test. And it’s still unclear exactly how long vaccine protection will last

Neil Ferguson, who led the Imperial College London  study, said that the overall picture as the virus moves through the community month by month and eventually year by year, “will be a milder one.”

“It doesn’t mean the virus necessarily is any fundamentally less virulent. It just means we have built up a lot more protection in the population,” he told The Wall Street Journal.

Dr. Jim McMenamin, national COVID-19 incident director at Public Health Scotland and study co-author, said in a press briefing Wednesday that the findings from Scotland — which found the risk of hospitalization was about two-thirds lower with Omicron than with Delta — was a “qualified good news story.”

But McMenamin cautioned that it was “important we don’t get ahead of ourselves.” For example, if it takes longer for people with Omicron to need hospital treatment than those with Delta, the results will be an “underestimate,” the researchers said in the briefing.

Whether or not Omicron causes a milder illness than Delta, the variant might cause more harm due to its fast-spread.

Dr. Anthony Fauci, President Joe Biden’s chief medical advisor said in a briefing Wednesday, that even with a possible diminution in severity, “if you have a much larger number of individual cases, the fact that you have so many more cases might actually obviate the effect of it being less severe.”

James Naismith, professor of structural biology at Oxford University, who wasn’t involved in the studies, said in a statement to the Science Media Center Wednesday that we should expect “different results as the science evolves.”

Omicron can still cause severe illness in people who are fully vaccinated, he said. If Omicron case numbers continue to double every few days, it could generate many more hospitalizations than Delta in a fully-vaccinated population, Naismith added.

“If you are unvaccinated and you have never been infected, it is a little less severe than Delta,” Dr. Hanage said about the findings, per the Times. “But that’s a bit like saying you’re being hit over the head with one hammer instead of two hammers. And the hammers are more likely to hit you now,” he added.