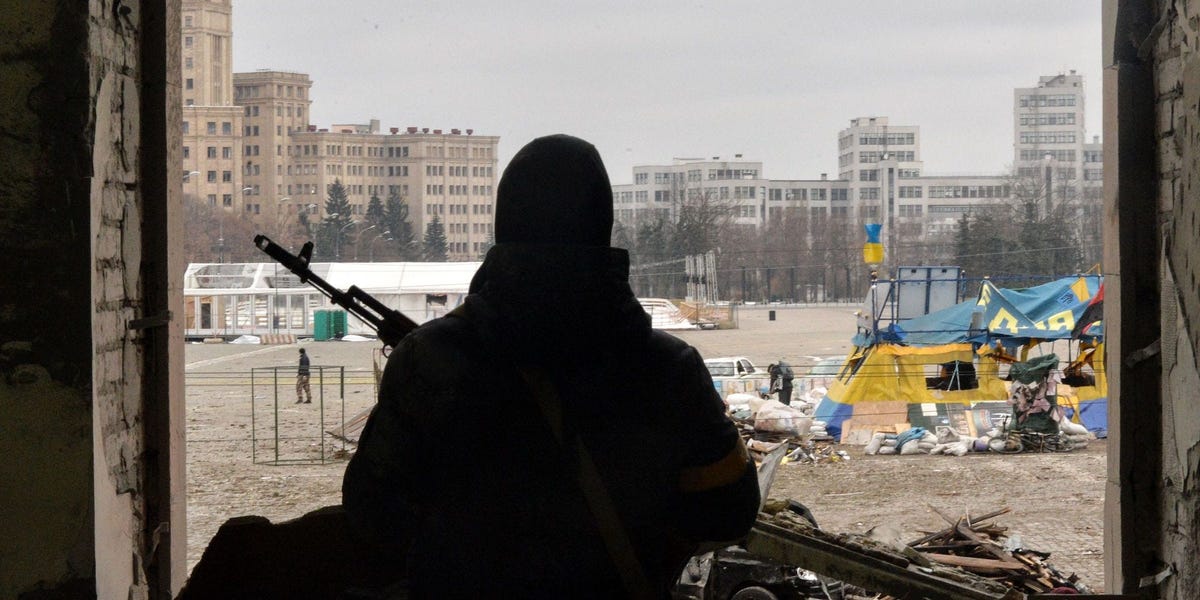 Some Russian troops were killed and many more were injured after being given poisoned food and alcohol by civilians in the Kharkiv Region, Ukrainian officials said on Saturday.

The soldiers were from the 3rd Russian motor rifle division, according to a Facebook post from Ukraine’s Main Directorate of Intelligence.

Officials said the Russian government is writing off these cases as “non-combat losses.”

The post also said that Ukrainian civilians were resisting the Russian forces by all available means.

Insider could not independently verify the poisonings.

Videos have captured Ukrainians confronting and blocking Russian tanks, resulting in images reminiscent of the Tiananmen Square “tank man.” Last month, a grandmother in the capital city of Kyiv said she took out a suspicious drone by throwing a jar of pickled tomatoes at it.

Izium is located in the Kharkiv region of eastern Ukraine, where the city of Kharkiv has experienced some of the heaviest fighting and bombardment since Russia launched its full-scale invasion on February 24.

But Russian troops have also taken major losses since the war began. NATO said last week an estimated 7,000 to 15,000 Russian soldiers were killed in the first month of the war.

Top corporate executives have reportedly reaped over $200 million each from...