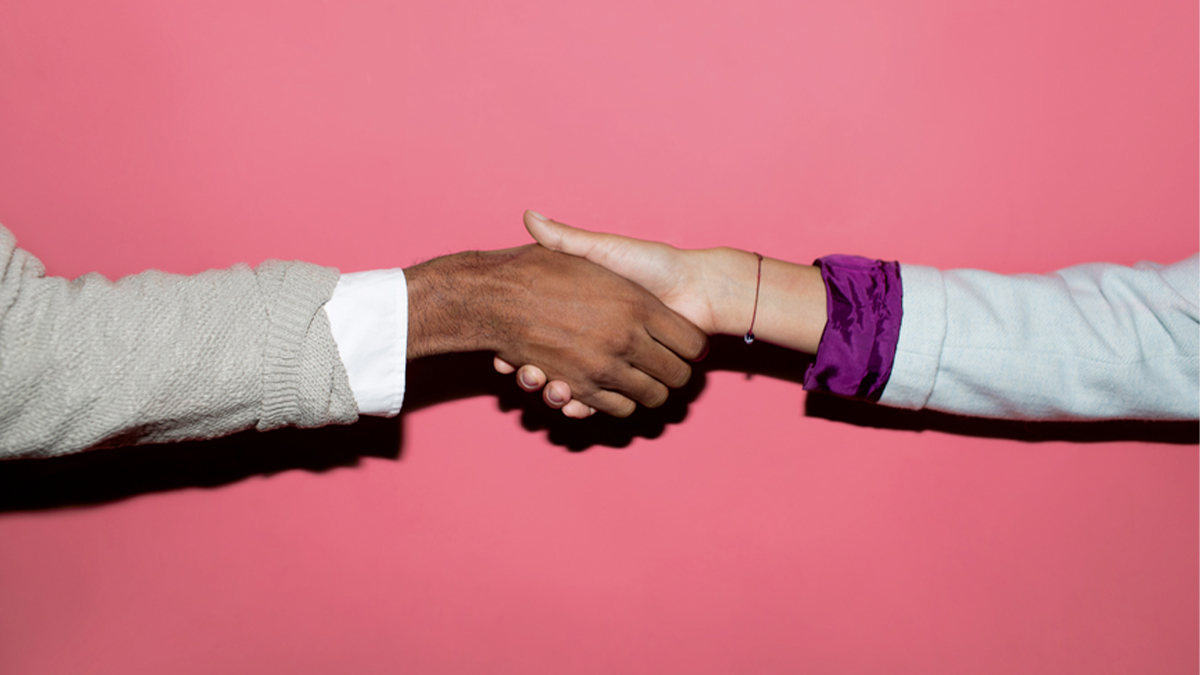 A new study reveals a persistent gap between men and women in their perceptions of how men are truly showing up — or not — in the workplace. This gendered disparity was magnified when survey participants were asked about many of the salient micro-behaviors aligned with allyship for gender equity. Men are also more likely to view themselves and other men as active allies and advocates than women do, but men who participate in allyship programs appear to be more aware of what real allyship action looks like and are more likely to report taking actions to mitigate gender inequity.

Fortunately, there are best practices for closing the allyship gap. First, make allyship an value and priority in your organization. Second, listen and collaborate with DEI and ERG leaders. Third, move from awareness to action. Finally, create a community of allies who share experiences, learn, and grow.

The meteoric rise of allyship as a focus of diversity, equity, and inclusion (DEI) efforts is largely due to employee demands for tangible workplace change in the wake of widespread protests against racism and evidence of deep gender inequities laid bare by the pandemic. Yet, despite a new focus on allyship education and programming, research shows that women and other underrepresented groups see less evidence than men of measurable workplace change.

We define gender allyship as the purposeful collaboration of dominant group members (men) with women to actively promote gender equality and equity in their personal lives and in the workplace through supportive and collaborative relationships, acts of sponsorship, and public advocacy in order to drive systemic change. (For a full breakdown of the allyship continuum, see the table below.) This definition emphasizes the interpersonal aspect of developing awareness and motivation, public action to create accountability and transparency, and systemic change that is long-lasting and sustainable.

To better understand how men are demonstrating allyship with women, the Integrating Women Leaders Foundation (IWL) conducted the 2022 State of Allyship-In-Action Benchmark Study, a survey of 1,150 participants in mid-sized to Fortune 500 companies across industries that examined the perceived prevalence and effectiveness of interpersonal and public allyship from the vantage point of both men and women. The results shed light on how women and men perceive and participate in allyship programs, what’s moving the needle to create meaningful change, and where there are opportunities for managers and corporate leaders to refocus attention and resources around DEI efforts to drive business value.

The good news first: The study revealed that a majority of women and men similarly agreed that they would recommend their organization as a great place to work and were planning to stay. Consistent with research on the interaction and impact of perceived manager support on organizational commitment and retention, the participants’ company loyalty and satisfaction were highly correlated with perceived manager support and career advocacy.

Interestingly, there were gender differences in how women and men saw their organization making progress in advancing women (72% women versus 88% men) and other underrepresented groups (55% women versus 77% men) into leadership roles, as well as transparency around progress in DEI (46% women versus 60% men). Compared to men, female participants were more likely to recommend their organization as a great place to work and planned to stay when they saw progress in advancing women and underrepresented groups and when there was organizational transparency in measuring this progress. It appears that at least part of the equation for successfully creating a great place to work and a committed workforce is the combination of managerial support, evidence of gender equity progress, and organizational transparency.

But for all the recent focus on allyship in gender equity efforts, the study revealed a persistent gap between men and women in their perceptions of how men are truly showing up — or not — in the workplace. For instance, when asked to estimate the percentage of men who are “active allies and public advocates” for gender equity, there were significant gender differences in men and women’s perceptions of men at all levels of leadership, as seen below.

This gendered disparity in perceptions of male ally behavior was magnified when participants were asked about many of the salient micro-behaviors aligned with allyship for gender equity.

Allyship training and allyship communities are still relatively new to many organizations. Almost half of participants in the study were aware of allyship training in their companies, but only about half of those employees (22% overall) participated. Even fewer — roughly a third of employees — were aware of allyship communities (affinity groups of men and women focused on creating equity and inclusion through collaboration with non-dominant groups) with only 12% participating in those communities. When male respondents were asked why they didn’t participate in allyship programming, the most common reasons included being too busy, not being invited, not seeing the need for allyship, lack of clarity about how to get involved, or greater interest in other employee resource groups (ERGs). For most organizations, these are straightforward challenges that can be overcome by integrating purposeful, inclusive, and informative communication targeted to men and explicitly showing the value and benefits for them to be engaged in allyship programs.

Comparing men in the study who participated in allyship programs to their male colleagues who did not, the impact of ally training and engagement was clear. When asked about gender-biased behaviors that commonly occur in the workplace (e.g., interruptions, questioning a woman’s expertise, failing to credit them for contributions), men who participated in allyship programs were two to three times more likely to have recognized and witnessed these behaviors in the past year.

One of the keys to closing the allyship gap is moving beyond awareness to the active practice of allyship. The IWL State of Allyship-In-Action study results point to a large gap in how men are seen as active allies and advocates for gender equity. Men are more likely to view themselves and other men as active allies and advocates than women do, but men who participate in allyship programs appear to be more aware of what real allyship action looks like and are more likely to report taking actions to mitigate gender inequity.

Based on this research, here are best practices we recommend for closing the allyship gap:

Ensure senior leaders can talk clearly about the importance of allyship as it connects to core business outcomes demonstrating how they value it personally and in their business. Start with your personal narrative or “why” to ensure authenticity and then connect this to the business in a way that managers can relate to. Provide the resources employees need to take allyship actions, and track progress transparently, holding individuals accountable. Nothing reinforces trust more than demonstrating and showing results that affect employees’ work experience. Centering measures and outcomes is just good business and avoids the pitfalls of not moving beyond awareness.

However your organization collects data on the experience of inclusion, belonging, and feedback on DEI programs, you must demonstrate generous listening, show that you understand, and take meaningful action. There’s no better way to do this than to collaborate directly with DEI and ERG leaders to create buy-in, ownership, and commitment. If collaboration isn’t possible, at least communicate feedback for the action that was taken and how it will be tracked.

Move from awareness to action.

Awareness of systemic inequities and biased behaviors and language is critical to understanding the problem to be solved. But don’t stop there. Also consider actions and techniques to overcome, challenge, disrupt, and prevent these behaviors and inequities. Make the practice of allyship actions an integral part of allyship training and communities.

Create a community of allies who share and grow.

In practicing allyship actions, mistakes will be made and learning will happen. When allies have an “a-ha” moment, create a space where they can share it with others. When other allies listen to these ally epiphanies, they can then take the opportunity to support, iterate, and extend to other contexts and situations. After all, allyship is not a one-and-done process. Allow your communities to continue to learn and develop the skills they need to support the women in your organization.

Across every dimension of male ally behavior, men and women report vastly different perspectives on how frequently men engage in meaningful allyship at work. But the results of this study show promise — that allyship programming can make a difference if men participate. Corporate and DEI leaders who purposefully leverage allyship programs have the opportunity to make it a unique strategic business imperative and make real strides toward equity for women.

Here’s one key measure of stock performance that suggests the market...