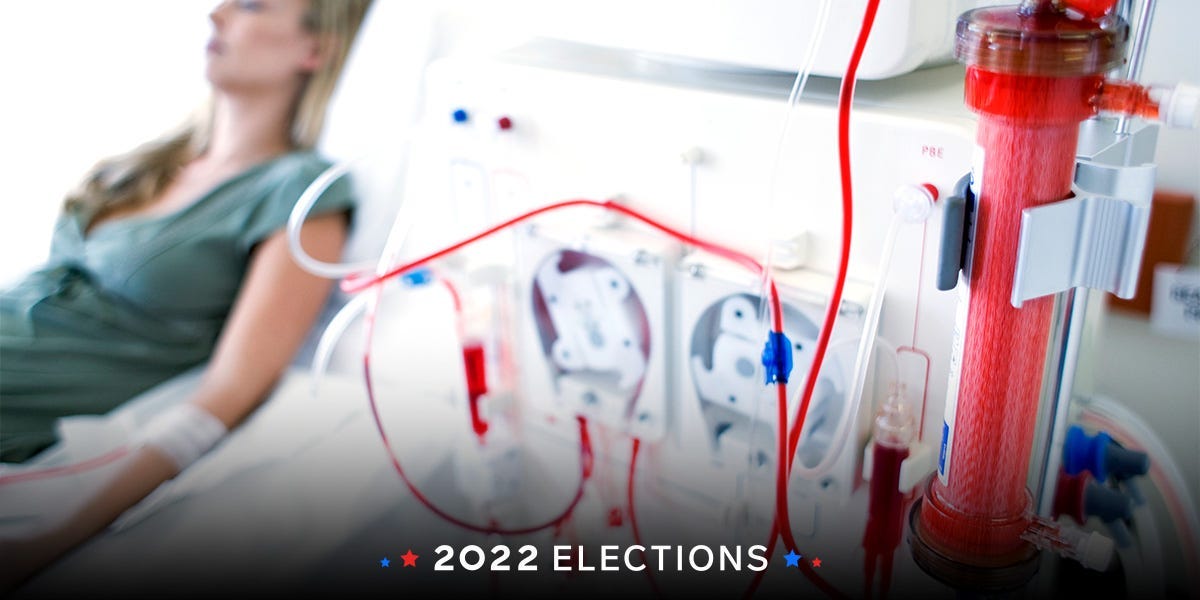 A “yes” on California’s Proposition 29, also known as the Protect The Lives of Dialysis Patients Act, would require a medical professional to stand by while dialysis patients are being treated.

California will try for the third time to pass a controversial dialysis measure that would require that a physician, nurse practitioner, or physician assistant be present on site while a patient is undergoing dialysis treatment, and should have at least 6 months of experience providing care to patients with end-stage renal disease.

Proposition 29 would mandate that physicians report dialysis-related infections and specify whether or not the physician has a financial stake in the clinic. Clinics that fail to provide reports will be fined $100,000.

It also adds a provision that dialysis providers cannot discriminate against a patient’s ability to pay for services.

Kidney Patients Deserve Better is leading the campaign in support of Proposition 29. The California Democratic Party supports this measure.

Supporters argue that extra precautions are needed to ensure that if something goes wrong during dialysis, an hours-long treatment, a provider will be nearby to help them. They also argue that for-profit dialysis clinics are opposed to these rules because it would cut into their billion-dollar profits.

No Prop 29, which is against the amendment, includes Fresenius and DaVita, two of the largest dialysis providers in the state. The California Medical Association, the California Republican Party, and the California Chamber of Commerce are also against this measure.

Opponents say that dialysis clinics will be forced to charge patients more or close because of the expanded costs of care. The state’s Legislative Analyst’s Office estimates that Proposition 29 will increase costs for dialysis clinics.

They also argue that if clinics shut down, patients will not receive the care they need, which could negatively affect their health.

As of November 6, about $7.9 million has been raised in support of the measure by Service Employees International Union-United Healthcare Workers West, while $86.4 million — mostly from Fresenius and DaVita — has been raised against the measure, according to the Los Angeles Times.

An Amazon warehouse manager faces up to 20 years in jail...

The UK has recovered the F-35 stealth fighter that crashed off...