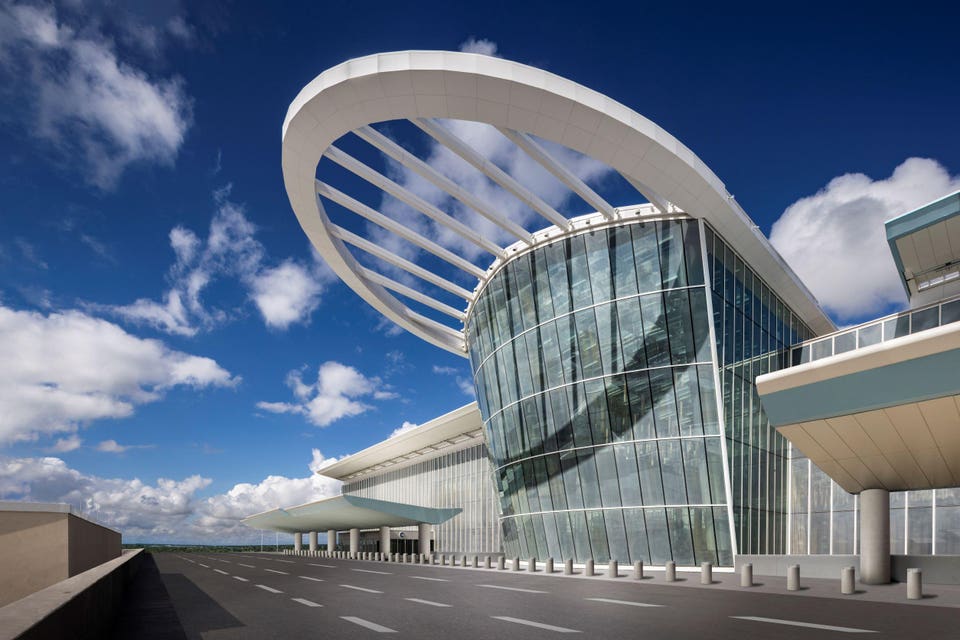 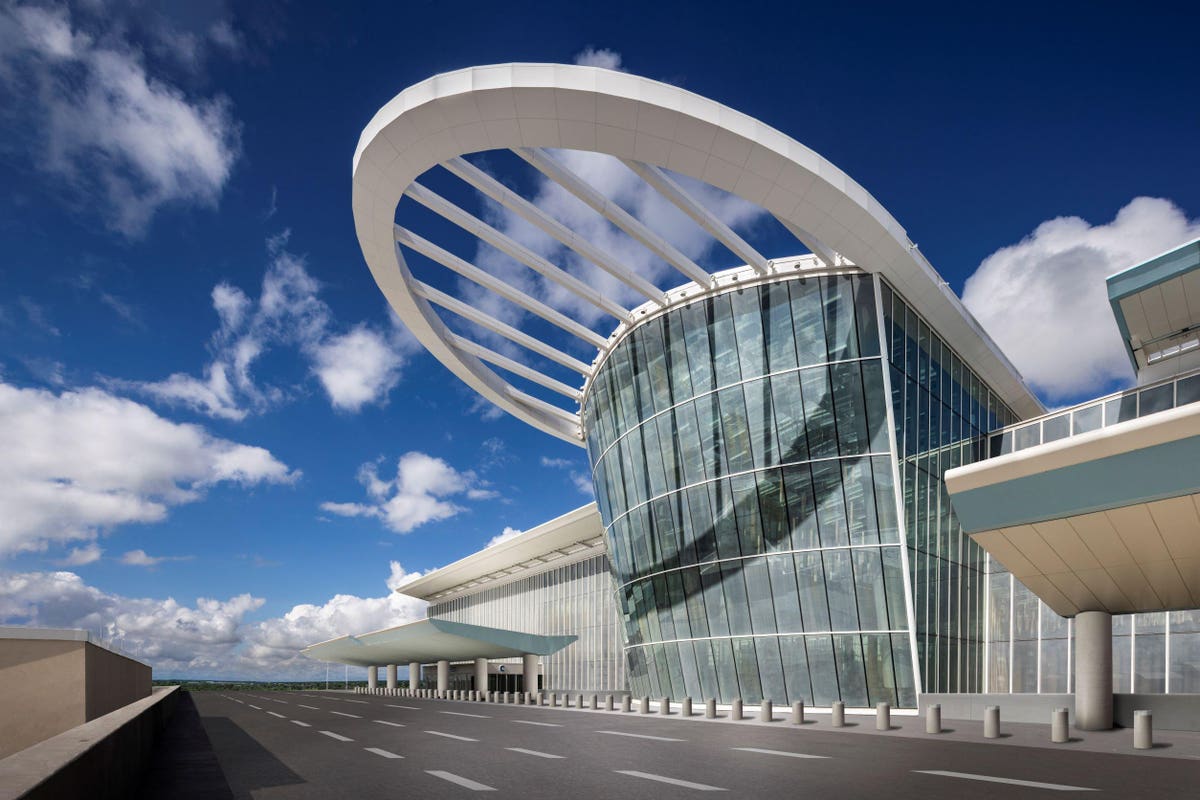 Like many airports, Orlando International Airport kept building through the pandemic. Not only did altered travel patterns make MCO the world’s seventh busiest airport in 2021, but also work continued on a new $2.8 billion terminal that will open next month.

What distinguishes Terminal C, besides modernity, sweeping views and 1.8 million square feet of space, is technology improvements, particularly in security and baggage handling. “We are excited rolling out a terminal that is at the cutting edge of passenger convenience and leveraging technology,” said CEO Kevin Thibault. The technology is so splashy, Thibault said, that it could boost airport traffic, especially once it is linked to a rail line that will offer 18 daily trips between the airport and heavily populated South Florida. Orlando passed Miami International as Florida’s busiest airport in 2017. Meanwhile, the counties surrounding Orlando have grown rapidly, both before and during the pandemic.

Some of the technology improvement is in security, at the gates as well as at the Transportation Security Administration security stations. At the gates, passengers will be cleared to board using facial recognition. “We will have this technology at each and every gate, in place of a boarding pass and scanning,” Thibault said. Meanwhile, TSA security has been upgraded. Terminal C will have eight lanes for TSA clearance, with the capacity to add four more. A new feature is that if a bag screening conveyor slows, agents at a different station, using a different scanner, can take over and scan bags. “If lane four has a backup, or an agent gets distracted, agents at a remote station can look at the baggage from somewhere else,” Thibault said.

It won’t be as visible, but the airport will also have state of the baggage handling, one that uses radio frequency identification (RFID) as bags are transported from the aircraft to baggage claim. At Terminal C, bags will be transported primarily in containers equipped with tracking chips, reducing the time on conveyor belts. The chips will make tracking easier and also the bins won’t jam the belts, as bags sometimes do, and the conveyor belts will be closer to the aircraft. Additionally, the new system has bag storage capability, which will help when thousands of cruise passengers arrive at the airport from nearby Port Canaveral, the second busiest cruise line port. “They come from a cruise hours before (flight departures),” Thibault said. “It’s truly a passenger benefit to get that bag into the system early.”

An airport brochure touting the new terminal includes the question, “How Many ‘Wow’ Factors Can You Fit in One Airport Terminal?” Besides baggage handling, automated TSA lanes, and facial recognition at the gates, it cites Bluetooth navigational beacons for travelers, a virtual ramp control system to provide controllers with unobstructed visibility of airport traffic, green building standard designs and magnificent views.

Terminal C is scheduled for its first outbound international flight on September 20, followed by opening domestic operations on September 26. JetBlue will be the anchor tenant, joined by international carriers including Aer Lingus Azul, British Airways, Emirates and Lufthansa. All three Orlando terminals will have international arrivals capability.

In 2023, Terminal C will gain high speed rail access when Brightline trains begin service to Miami, a three-hour trip via West Palm Beach and Fort Lauderdale. Terminal C connects to the airport’s intermodal terminal facility: the first train made a test run in May. Currently, Brightline is about 80% complete.

As for airport growth, changes in pandemic travel patterns cut Chinese airports from the list of the world’s busiest airports and pushed up airports such as Charlotte, Denver and Orlando. With international travel returning, “the statistics will change, but we’re optimistic we can stay high on the list,” Thibault said. “Our domestic numbers are back to where they were, and that we did it in a short period of time (indicates) that Central Florida is continuing to grow.” Most international carriers, which served Europe and Latin America, have returned. Additionally, in March, Avianca began Medellin-Orlando and Virgin Atlantic launched Edinburgh-Orlando. Delta will resume Orlando-Amsterdam in October.

Thibault became director of Orlando in March, after two years as Florida Secretary of Transportation.

A native of Fall River, Ma., he graduated from the University of Massachusetts in 1985 and quickly moved to Florida, working as a civil engineer in both the public and private sectors. He applied for the airport job, he said, because it brings together many aspects of transportation, including highways, parking, cruise lines and, soon, high speed rail. “DOT DOT had a lot of interface with other modes of transportation,” he said. “I was already very familiar with the airport (which) was evolving to be a multi-modal hub.”

An unusual characteristic at Orlando is the broad split among the top seven carriers, each with at least 7% of passengers. In June, Southwest had 20% of Orlando’s passengers; Spirit had 16%; Delta had 13%; Frontier had 12%; American had 11%; JetBlue had 9% and United had 8%. Asked why United’s share is so low, Thibault responded, “That’s a great question. I have on my to-do list to meet with Mr. Kirby (CEO Scott Kirby) to see what their thoughts are as far as Orlando.” He added that he has met or will meet with CEOs at all of the airport’s top carriers, given the expansion opportunities enabled by Terminal C. Startup carrier Breeze began Charleston, S.C. service in June.

As for international aspirations, Thibault said, “It’s well known we would love to have service to Asia. Phil Brown, my predecessor, worked hard on this prior to the pandemic and had some very good conversations, but the pandemic took the wind out of the sails. We have to revisit that.” He said Tokyo and Seoul are particularly desirable as non-stop destinations.