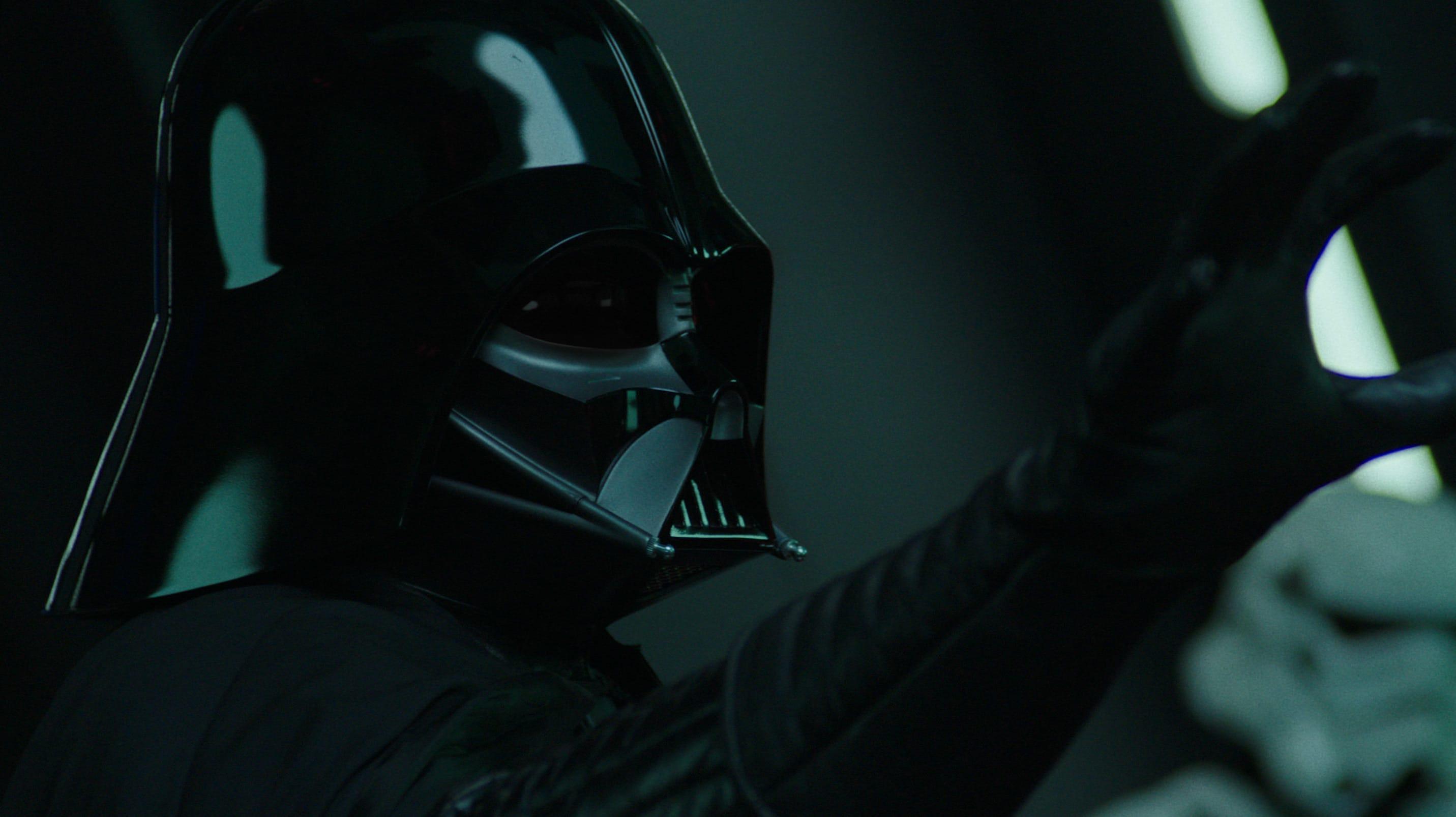 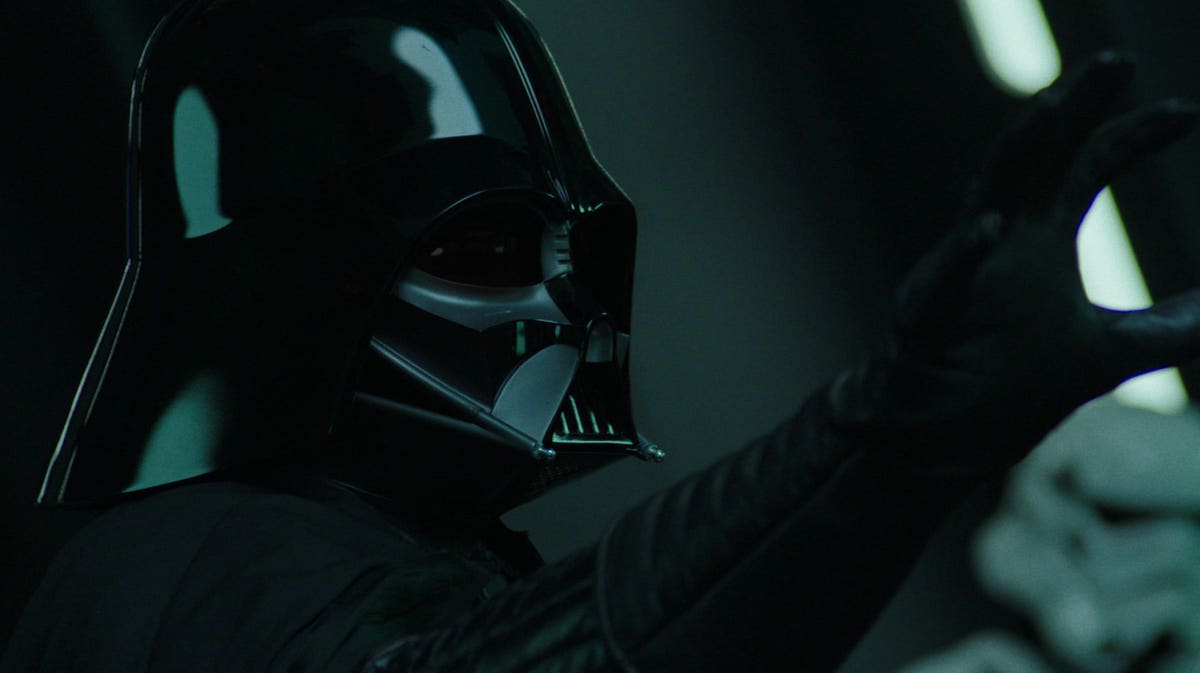 I’m so confused by Obi-Wan Kenobi, a show that seems intent on undermining everything we used to love about the titular Jedi Master—though at least he does a pretty good job swinging around his laser sword this week.

I jest, but there’s no denying a similarity between burned out Ben Kenobi and his one-time student, Luke Skywalker, when Luke leaves everyone he loved behind to go be a grouchy old hermit in The Last Jedi.

In Episode 4 of this unfortunate Disney+ Star Wars limited-run series, the show attempts to copy two other—and better—stories from a galaxy far, far away.

First, it gives us a “rescue Leia from the Empire” segment that is just like A New Hope minus the humor, the sense of adventure and the crackling sexual tension between a grown-up Leia and Han Solo. Nearly the entire episode is devoted to Obi-Wan Kenobi and Tala infiltrating the Fortress Inquisitorius on the moon Nur, and it plays out like a much less exciting, much more boring version of the boys rescuing Leia on the Death Star in the original Star Wars film.

But it’s also reminiscent of the video game Star Wars Jedi: Fallen Order and its final mission, which sees Jedi-in-training Cal Kestis infiltrate the Fortress Inquisitorius to retrieve a Holocron with the names of a bunch of Force-sensitive youth on it. This is actually the final mission of the game, and it involves swimming, partial destruction of the base and an epic showdown not only with a black female Inquisitor but with Darth Vader himself.

The difference? The mission is really exciting! The chief antagonist of the game, Trilla, is everything I wish Reva was in this show. She’s a padawan-gone-bad, turned Inquisitor, and she’s genuinely wicked and frightening—qualities I find lacking in Reva. And when she fails Vader?

Well, let’s just say it isn’t as laughable as Vader’s ridiculously quick turnaround with Reva after she informs him she’s equipped Kenobi with a tracking device.

Sure, there’s some fun lightsaber vs stormtrooper combat this episode, and a daring rescue by some rebel pilots and it’s cool to see the Inquisitor base in live-action and all of that, but overall the episode felt dull in ways it really shouldn’t given the subject matter.

In any case, this felt a lot like a worse version of the Fallen Order mission, right down to the water breaking through the glass. Maybe just make a Fallen Order show next time?

I have a couple other big problems:

I’m sorry, but Leia was just a huge mistake here. This should be a show about Obi-Wan Kenobi and maybe even a show about Kenobi rescuing Force-sensitive youth, but Leia is a mistake for several reasons. The actor is fine, but she comes across as a smart seven or eight-year-old, not ten. She feels a lot like a repeat of Grogu from The Mandalorian but less interesting, with a less interesting relationship developing between her and Kenobi.

It also makes no sense for her later character, the grown Leia we meet in A New Hope and fall in love with over the course of the original trilogy. That Leia is tough from the outset, but she’s spent her life as a princess and a diplomat relatively sheltered from the Empire. Yes, she comes to help the rebellion but we can assume that this is due to her father, Bail Organa, and his careful antipathy toward the Emperor.

Capturing Leia at this age and dragging her to the Fortress Inquisitorius exposes her immediately to the Emperor and his minions. The moment Reva tried to poke inside her brain she’d know Leia had Force powers slumbering inside her. She was supposed to be somewhat sheltered and protected on Alderaan, not in the thick of things by the age of ten. Even if Reva didn’t sense the Force inside her, Leia is exposed as a Jedi sympathizer years before she passes her note, via R2-D2, to General Obi-Wan Kenobi.

All this is now in disarray for no good reason.

And speaking of good reason, why are they not immediately taking Leia back to Alderaan at this point? It’d be funny since then Vader would just track her there and Obi-Wan would, presumably, be long gone. But no, that won’t happen.

This laser focus on Leia and Vader and the Skywalker stuff means that a lot of other characters from Kenobi’s past have simply not made an appearance. I know people were hoping for more Clone Wars cameos, Easter Eggs, plot-lines, but so far we’ve had more of those in The Mandalorian than here.

There’s just such a rich universe of material to plumb, and yet Disney and Lucasfilm seem intent to offer up the most uninteresting, uninspired parts of it, focusing on a precocious thimble-sized six-year-old girl instead of, well, any number of fascinating bits and pieces and characters from The Clone Wars, Rebels etc.

(And yes, there are some Easter Eggs in the admittedly cool (if disturbing) tomb within the fortress, such as Jedi Tera Sinube, but this isn’t enough!)

Dude, come on. Why didn’t the bearded, hooded Obi-Wan Kenobi ditch the robes and hide his face in a Stormtrooper uniform??? It would A) be a better disguise (none of the Imperial officers have beards!) and B) a nice little callback to A New Hope. Tala could have also hopped into a Stormtrooper uniform since she had blown her cover already. Put Leia in a cart or a bag or something, problem solved.

Big Problem #4: So Many Little Problems

Let me rattle off a few:

In Episode 5, Mando and Baby Yoda will show up to save the day just like The Book Of Boba Fett!

Honestly, with just two episodes left and virtually no meaningful character development or anything resembling a story anyone actually cares about, I’m just not sure where this is headed. Maybe we’ll get a cool Obi-Wan / Anakin flashback? I just don’t know. I don’t get the point of this show at all.

I do think Ewan McGregor continues to do a bang-up job, and that scene with Vader rushing at Reva was pretty cool. And I mentioned liking the fact that Ben started finally using his lightsaber and the Force. It’s just . . . two more episodes. Where are they going with this?

“The Moment Of Truth Is Coming In The Russia-Ukraine War”: Steve...