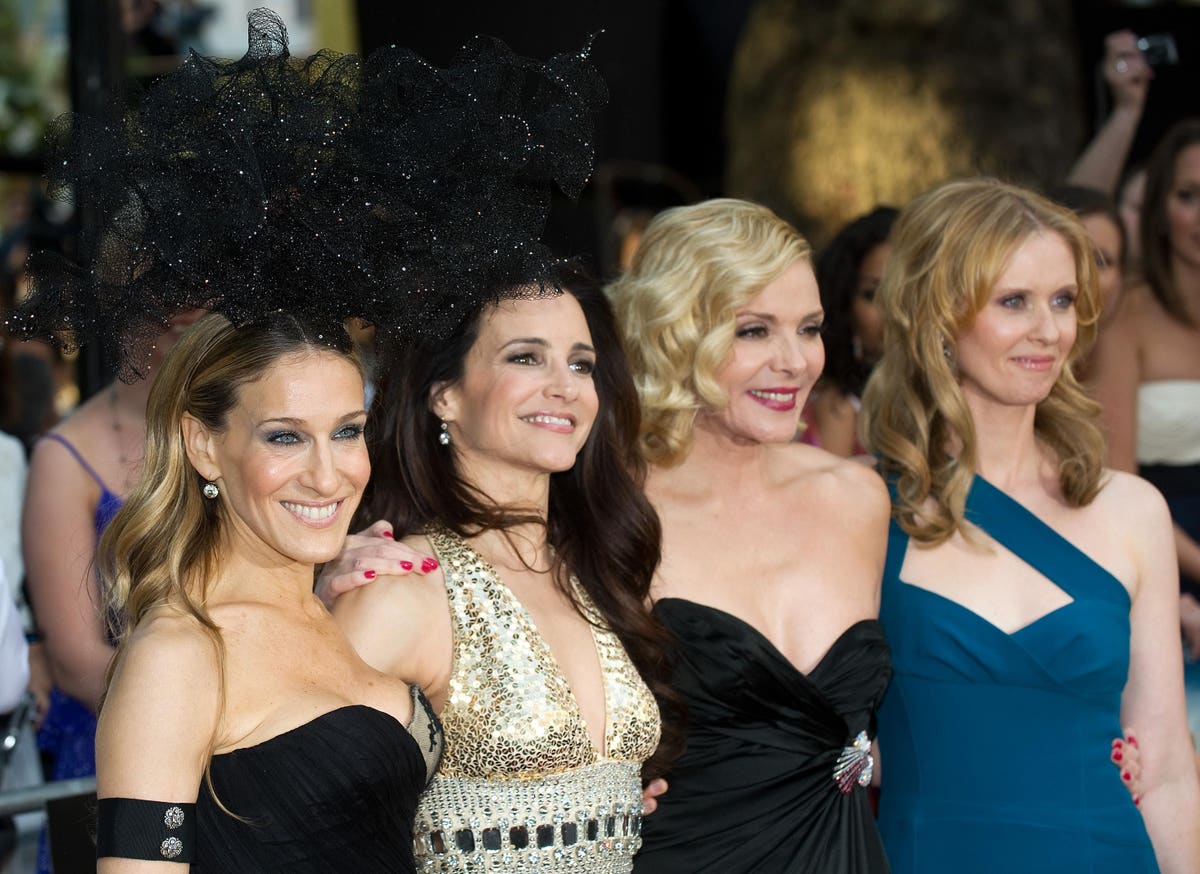 Spoiler Alert: If you have not seen the season finale of And Just Like That… and don’t want to know what happened, read with caution.

Given one of the concluding scenes in the season-ending episode of Sex and the City reboot on HBO Max, you might assume (or hope) that Kim Cattrall is ready to reprise her role as the confident and highly sexual Samantha Jones. The stage was seemingly set when Sarah Jessica Parker as her former best bud Carrie Bradshaw texts her that she is in Paris and wants to meet for a cocktail.

While this diehard fan of Sex and the City had a glimpse of hope that Cattrall (who is now a regular on the Hulu reboot How I Met Your Father) decided to reprise her role as Samantha, Parker nixed the idea in an interview with Variety.

“I think there’s just too much public history of feelings on her part that she’s shared,” she said. “I haven’t participated in or read articles, although people are inclined to let me know.”

“There’s a very distinct line between Samantha and Kim. Samantha’s not gone. Samantha’s present, and I think was handled with such respect and elegance,” she added. “She wasn’t villainized. She was a human being who had feelings about a relationship, so I think we found a way to address it which was necessary and important for people that loved her.”

And Just Like That… executive producer Michael Patrick King also told Variety he’s ruled out her return — even for a brief cameo — stating: “I have no realistic expectation of Kim Cattrall ever appearing again.”

King told Variety that “the door wasn’t open” for Cattrall, because “she’s said what she had said.”

While reviews for the Kim Cattrall-less And Just Like That… have been notably mixed, the one new cast addition worth further exploring in season two (should the series get renewed, which is still not official) is Carrie’s new friend Seema (Sarita Choudhury). Shades of Samantha, Seema is an accomplished and outspoken professional who knows what she wants and how to get it. In one scene this season she even joined Carrie, Miranda (Cynthia Nixon) and Charlotte (Kristin Davis) for a meal and immediately fit right in.

After the first episode of And Just Like That… when “Big” (Chris Noth) suddenly dies and the absence of Samantha is on the forefront, I was not exactly overjoyed at the depressing tone. But with time, came a new direction. Carrie, of course, is now dealing with suddenly being alone and potentially jumping into the dating waters again. Needless to say, she is ready based on the season finale. Miranda realizes there is more to life that a sex-less marriage where she does not feel fulfilled and finds a relationship with Carrie’s podcaster boss Che (Sara Ramirez). Yes, we all know she won’t last in Los Angeles with Che (two months to film a TV pilot, really???). And Charlotte is shocked to learn that daughter Rose (Alexa Swinton) now identifies as non-binary and goes by the name, “Rock.”

The writers may also want to delve further into Charlotte’s professor Nya Wallace (Karen Pittman), who now must rethink her life without a baby, and without a husband.

Coupled with the new characters, Carrie, Miranda and Charlotte have evolved into more established women facing the realities of life in their 50s. Sadly, the unexpected passing of Willie Garson as Stanford Blatch resulted in the ridiculous explanation that he is in Japan with his sole client, Ashley, a popular TikTok singer, who is touring there. So, yes…the writers do need to give him some kind of appropriate conclusion should there me a second season.

Given And Just Like That… is being streamed, there is no available data released to support just how many people are indeed watching (and what the demographics are). But given the social media buzz, a second season is virtually guaranteed. And, since Kim Cattrall will not be back, please stop teasing us that she will and focus on the now beloved trio. And give us more of Sarita Choudhury as Seema too.

Bets against Beyond Meat have made the plant-based food company the...

Saturday, May 21. Russia’s War On Ukraine: News And Information From...