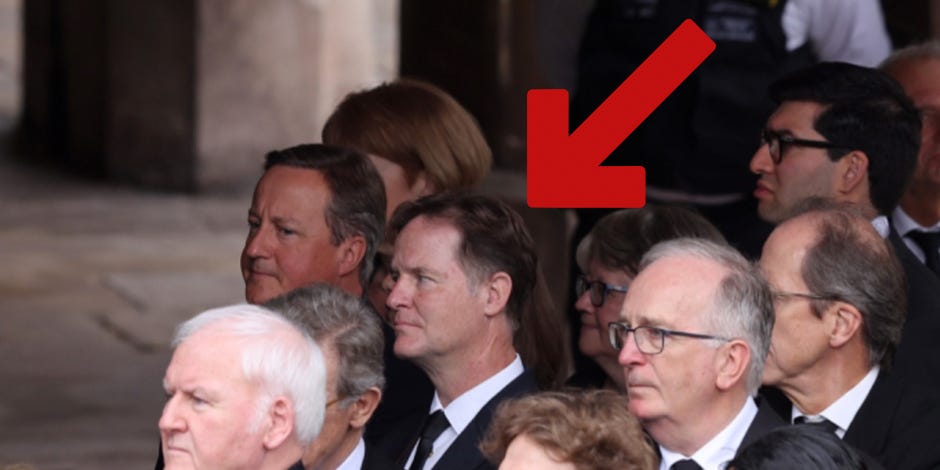 Nick Clegg, one of Mark Zuckerberg’s top executives, attended the ceremony where Charles was formally proclaimed king in London on Saturday.

While some were surprised to see Meta’s global affairs chief at the event, he could do so because he is a member of the Privy Council – an advisory board to the monarch.

Clegg is a member of the council because he was the UK’s deputy prime minister between 2010 and 2015 under David Cameron. Clegg was leader of the Liberal Democrats, which was the junior party in a coalition government with the Conservatives, and also has a knighthood, meaning he is formally called Sir Nick.

Privy Counsellors retain their membership for life and there are now about 700 members. The entire council was summoned to the ceremony at St. James’s Palace, although not all could attend due to the size of the room where it was held. It was televised for the first time.

Clegg joined Meta in 2018 as vice-president of global affairs and communications, before becoming president earlier this year.

In a tweet on the day of Queen Elizabeth II’s death, Clegg said he had the “great privilege of experiencing her wit and wisdom first hand. Today is a sad day for our country but her legacy will live on for many generations to come.”

He also tweeted a picture of himself with Elizabeth, saying her “stoicism and sense of duty was a calming and stabilising influence throughout the ups and downs of many tumultuous decades, and her devotion to the people of the UK and the Commonwealth was unconditional.”

7 Children Among 13 Killed By Fire In Philadelphia Rowhouse