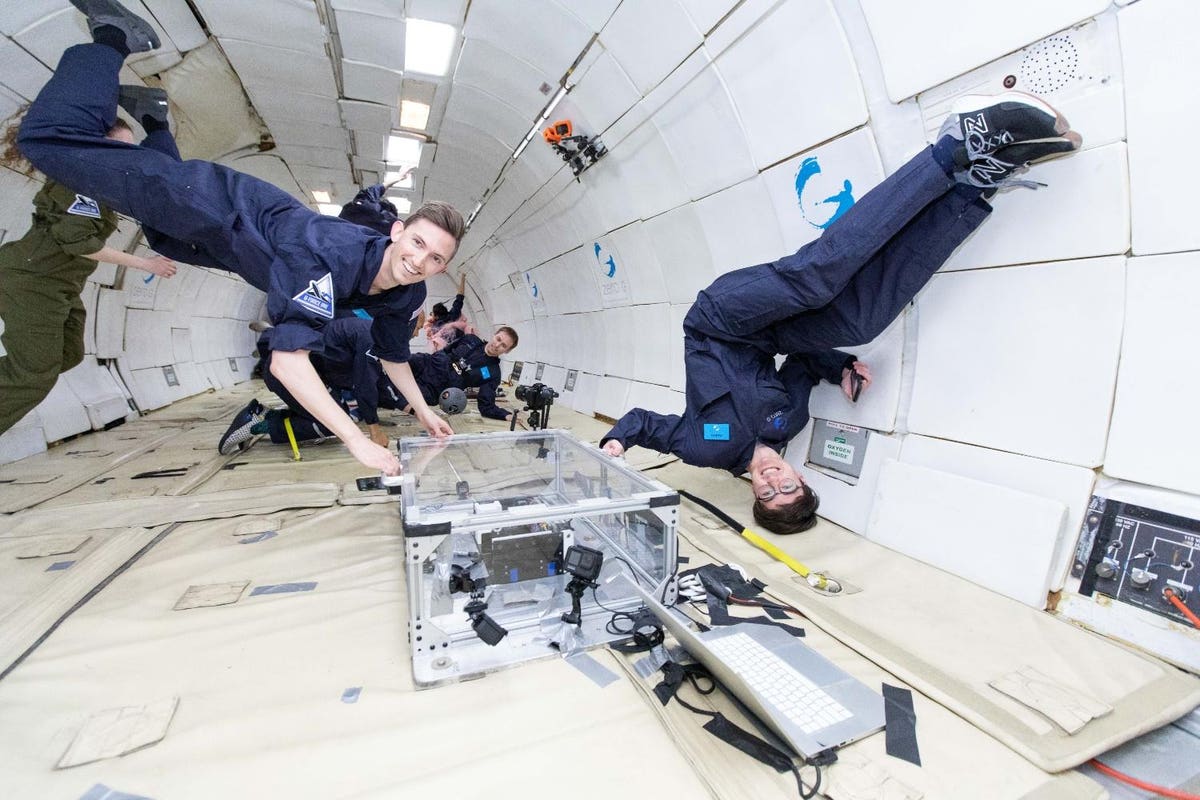 If a few MIT grad students get their way, programmable matter is the future.

Think thousands or hundreds of thousands of nanobots assembling and disassembling on command to form the most efficient shape for boosting up into orbit, creating a replacement piece of International Space Station hull plating, a tool to examine an asteroid, or a desk and chair for a hard-working astronaut.

Creating, in a sense, “a kind of recyclable 3D printing,” says Martin Nisser, a PhD student at MIT who’s working with a team to invent new ways of controlling and manoeuvring microbots.

Or Transformers, if you will. Perhaps not quite Optimus Prime just yet, of course.

They’re called ElectroVoxels (voxels = volumetric pixels) and while they’re still in testing, Nisser has found a novel way to allow them to reconfigure themselves quickly and economically.

“One of the big kind of grand challenges with reconfigurable robots is that if you want each of these small modules to be able to move by itself, you have to embed computation, electronic sensors, actuators into every module, and that’s really hard to do as the modules get progressively smaller,” Nisser told me in a recent TechFirst podcast. “The … key technical contribution that we’ve developed is to figure out a way to embed electromagnets into these modules in order to perform the reconfiguration … which is good, because these electromagnets are really, really inexpensive, they’re easy to manufacture, and they don’t require much maintenance.”

Testing happened aboard NASA’s “vomit comet,” a large padded aircraft with the seats removed so scientists and astronauts can experience a few seconds of null gravity during looping parabolic flights.

The current prototypes are about six centimeters long (just over two inches) and have electromagnets embedded in each of their 12 edges. Add a microcontroller and integrated circuits that allow you to regulate the direction current passes through the electromagnets, and you can get the ElectroVoxels to attract or repel each other in sufficiently sophisticated ways to allow pivots around a shared axis and transversal across the face of another ElectroVoxel.

“If each of those cubes can pivot with respect to their neighbors you can actually reconfigure your first 3D structure into any other arbitrary 3D structure,” Nisser says.

That could be useful for nonstandard tools, or to rearrange mass for spinning motions to initiate a form of artificial gravity via centrifugal force, or to place mass between you and a dangerous solar flare.

Right now the ElectroVoxels are relatively large, so any structures they make will be rather coarse and lumpy. To make them really useful, Nisser and team will have to shrink ElectroVoxels by potentially orders of magnitude.

“We’re working on miniaturizing these modules in order to get a little bit smaller, and you want to build hundreds of thousands of these that can do reconfiguration in order to enable a kind of recyclable 3D printing,” Nisser told me.

Eventually, some modules will carry tools. Other will store power in batteries, while still others might capture energy with solar panels. Still others might contain configurable motors, or even reserves of raw materials like metals or machine parts or even oxygen for temporary space shelters.

But all of that is in the future.

Still, it’s an important challenge to solve if we want smart reconfigurable machines and tools in a place where you can’t just order up a new part and get it delivered tomorrow via Amazon Prime.

“Space is kind of … the final frontier of fabrication,” Nisser says. It’s very, very challenging to build things there. So if you’re able to have things self-assembled without the need to send astronauts up there — which is very dangerous — and to ship everything in one go, that is really advantageous. And kind of paradoxically, while it’s an environment where reconfiguration is so advantageous, reconfiguration is actually in a way, much simpler … because in a microgravity environment, you don’t have to fight gravity vectors.”

Subscribe to TechFirst, or get a full transcript of our conversation.

The fear of rate hikes ahead of the Fed meeting is...

Power Luxury Brands Take Control Of The Luxury Market In 2021,...