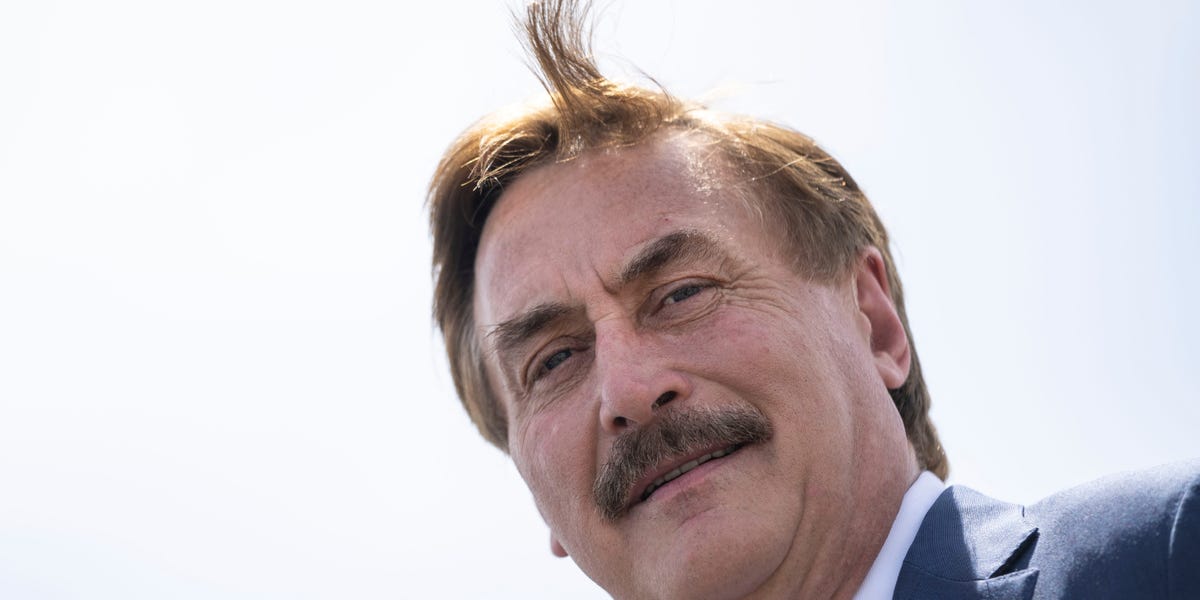 Speaking to Insider on Sunday, Lindell announced his new movie, “Selection Code,” is slated for release on July 16th during a “historical two-day” world premiere event. Lindell told Insider the premiere event would be somewhere “in the Midwest.”

“‘[S]election Code’ is a political thriller uncovering a secret so critical to the survival of America it transcends political parties. It is not about correcting the past. It’s about correcting the future,” reads the movie’s description on its website, referencing Trump’s oft-touted and baseless claims that the 2020 election was stolen. “Once you see ‘[S]election Code,’ you’ll never again let a machine near your vote.”

Lindell told Insider that he was financing costs for the movie but had “no input” in its content. Production, he said, was being overseen by former CBS journalist turned far-right figure Lara Logan.

“It will show the whole world that we can never, ever, use computers or voting machines in elections again,” Lindell said.

Lindell also teased the movie’s premiere on his online show, The Lindell Report.

“You know what, after those two days, if there’s any politician left in the United States that says there was no election crime, and that they really are in love with those machines, they can sit behind those melted down prison bars made from those machines,” Lindell said on his show. “We can build a whole big old new prison for all the people that were part of the election crime of 2020!”

Lindell has been bankrolling several initiatives to tout Trump’s voter fraud conspiracy theories, including a documentary called “Absolute Proof,” which he released in 2021 and made in five days. He said it proved “100%” that China conducted a “cyberattack” on the US to flip votes from Trump to Biden. He also launched Frank Social, a social media platform, and a streaming platform, Frank Speech. In March, Lindell told Insider he was spending at least $1 million a month on his social media empire, which he said he hoped would rival YouTube and Facebook.

The pillow CEO is also financing what he told Insider is a nationwide legal push to stop voting machines from being used in elections, starting with a first injunction to prevent the use of voting machines filed in the state of Arizona in April.

Lindell told Insider in December 2021 that he had already spent $25 million pushing baseless voter-fraud claims related to the 2020 presidential election and that he was willing to spend everything he had on the cause.

Apart from these expenditures, Lindell is also fighting off a $1.3 billion lawsuit filed against him by voting technology company Dominion and is also being sued by voting systems company Smartmatic. The pillow businessman is also being sued for defamation by a Dominion employee he once accused of being a national traitor.