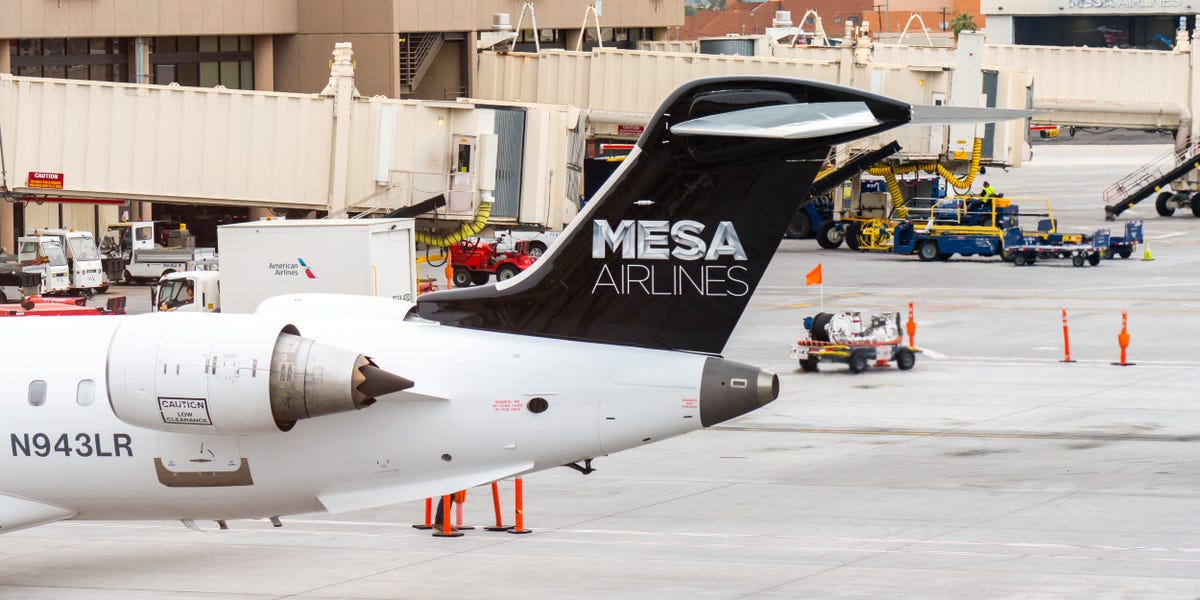 American Airlines thought it won this summer’s battle over regional pilot pay — until underdog Mesa Airlines stepped up to the bargaining table.

Mesa Airlines pilots will soon go from being some of the worst-paid pilots to having the highest wages in the regional airline industry, according to a Friday union announcement.

Starting September 15, the carrier will offer starting wages of $100 an hour for entry-level first officers, and $150 an hour for first-year captains. Under the new contract, Mesa pilots will receive a 118% and 172% pay increase respectively, The Points Guy first reported.

Captains with 20 years of experience will be paid $215 an hour, the Air Line Pilots Association said.

The announcement comes as labor shortages continue to plague the aviation industry amid soaring travel demand, leading to a summer riddled with flight cancellations and delays.

A shortage of trained pilots has been felt especially at the regional level. Smaller carriers like Mesa — where new pilots tend to start out their careers — have struggled to retain talent this year as mainline operators like American with more competitive pay poach regional staff.

“The pilot shortage is the single greatest threat to the industry I have witnessed since 9/11,” Mesa Airlines CEO Jonathan Ornstein said at a Senate Commerce aviation subcommittee hearing in May, according to Reuters.

He added that Mesa Airlines “lost almost 5% of our pilot workforce in one month as major airlines and operators of larger jets hired our pilots.”

In June, American Airlines raised pilot wages at two of its regional carriers, Envoy and Piedmont. Under the new contract, entry-level first officers are paid $90 an hour and first-year captains are paid $146 an hour — rates slightly lower than what Mesa is now offering.

Microsoft has acquired adtech firm Xandr from AT&T to grow its...