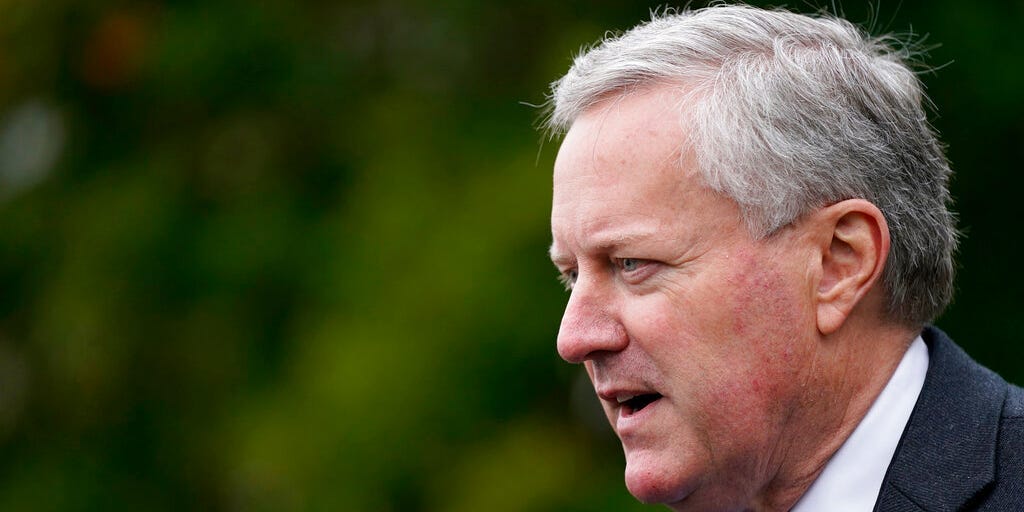 On November 3, 2020, then-White House chief of staff Mark Meadows was eagerly awaiting the results of the presidential election alongside then-President Donald Trump and the multitude of Republican loyalists who were on hand at 1600 Pennsylvania Avenue.

As Meadows relished in Trump’s vote advantage over then-Democratic presidential nominee Joe Biden in Florida — an electoral behemoth prized by both major political parties — he also remarked on the then-president’s leads in additional swing states.

To the Republicans present at the White House, Trump’s reelection to a second term seemed nearly assured, according to the former presidential aide’s new book.

When a phone call came through for Trump from veteran Republican political consultant Karl Rove to congratulate him for his success that night, Meadows said that the then-president was waiting for official network calls to declare victory.

However, when Fox News called the state of Arizona for Biden — projecting a win for the former vice president in a state that had not supported a Democratic presidential nominee since Bill Clinton in 1996 — the mood in the White House turned sour, Meadows wrote in “The Chief’s Chief.”

“I walked back down to the Map Room, where our analysts were reporting good news from social media. The Twitter traffic was all trending in the right direction,” Meadows described the scene at around 10:30 p.m. that night.

He continued: “Then, out of nowhere, I heard a loud series of screams and expletives from the next room. Fox News had called Arizona for Joe Biden.”

Meadows, a former congressman from North Carolina who served in office from 2013 to 2020, is no stranger to political campaigns and said that the decision to call Arizona for Biden at that stage was premature.

“Not only was this infuriating, but it was also mathematically impossible to determine at this early hour. With the information that Fox News had at the time, they could not possibly have been able to legitimately make the call that they did,” he wrote.

The presidential aide had previously initiated a testy phone call with Bill Sammon — who at the time was the managing editor of Fox News Washington — over what he felt was uneven election coverage by the network.

On election night, Meadows felt that his growing suspicions about Fox News had been validated.

“My worst fears — that there was a liberal contingent within the network trying to sabotage President Trump in the name of objectivity — had been realized. I dialed Bill Sammon once again, tapping the numbers with such force that I’m surprised I didn’t crack the screen of my iPhone,” he wrote.

He told Sammon: “There is no information that you could have at this time that would make this call possible.”

Sammon informed Meadows that the network’s election modeling projected a Trump loss in Arizona, but the top presidential aide pushed back on the call.

“It may well be that President Trump loses Arizona,” Meadows replied. “But if he does, it’s going to be by fewer than ten thousand votes, and there is no way you could know that right now.”

In the final tally, Biden edged out Trump in Arizona by 10,457 votes out of nearly 3.4 million ballots cast.

Meadows said that he received a dismissive response from Sammon, who reportedly expressed to him that it wasn’t the network’s job to placate political figures in the White House.

According to three individuals who spoke with The New York Times, Sammon received criticism from Fox News executives for his oversight of the network’s election coverage, despite the accuracy of the Arizona projection.

Sammon retired from the network in January.

The presidential aide later complained in the book that in the early morning hours of November 4, Democratic-leaning votes were being added to tallies across the country, without mentioning that states including Pennsylvania and Wisconsin were restricted from counting Biden-skewing mail-in ballots until Election Day.

Starbucks will make all of its US workers get vaccinated or...