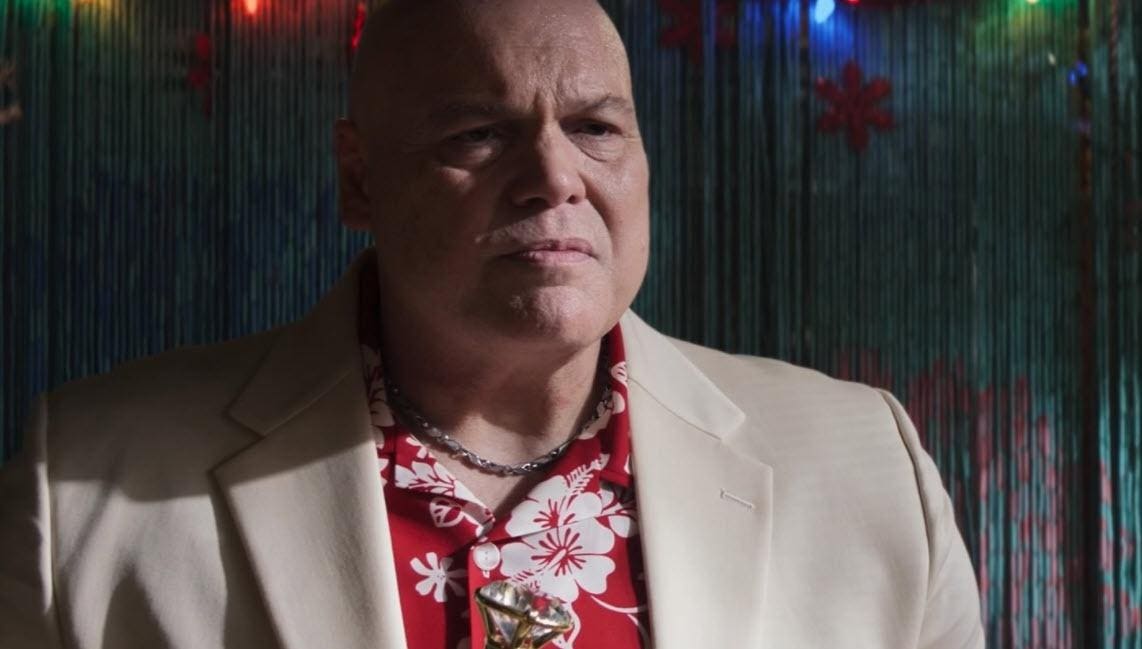 At this point, the cat is out of the bag, and it’s common knowledge that Netflix’s Daredevil has cross over into the MCU in a more official capacity then back when it was still airing, given that Kingpin, Wilson Fisk, showed up in Hawkeye as the main antagonist behind everything.

That role is still played by Vincent D’Onofrio, who confirms that yes, this is still the same Kingpin from Daredevil, but after the blip, he had some of his power over the city slip away from him, and he’s trying to reclaim it.

But to discuss things further, we have to get into spoiler territory for the finale.

In an interview with Deadline, D’Onofrio either plays dumb about his fate after seemingly being shot point blank by Maya/Echo, or he truly doesn’t know if he survives:

“I hope he didn’t die,” D’Onofrio says. “I’m with the fans, I want to keep playing this part. My hope is that we continue.”

D’Onofrio goes on to say that he was not expecting Daredevil to be cancelled when it was, right after it’s excellent third season that featured Kingpin at his best, and he wants to keep playing the role. He was “surprised” at the call to return for Hawkeye, but all rumors have pointed to the idea that Kingpin in theory should be showing up the Echo standalone show. And additional rumblings are the Daredevil may return to the MCU in full, especially now that (No Way Home spoilers) Matt Murdoch appeared in the last Spider-Man movie within days of Kingpin’s reappearance. Something big is happening in regarding to this property and this cast.

They may genuinely not have told D’Onofrio what’s going on, however. He would only need to look to the comics to know that Kingpin survives an identical scene with Echo, albeit he then becomes blinded in both eyes as a result, an ironic connection to his nemesis, Daredevil. Whether they go that route or not is anyone’s guess, but given that the shot happened offscreen, and the fact that it would be kind of ridiculous to bring back Kingpin for one episode, only to kill him, I absolutely believe he’s still alive, and we’ll see him again.

Finally, D’Onofrio seems rather confused about a key plot point in Hawkeye: The watch. While fans made the connection that the SHIELD watch belonged to Laura, Clint’s wife, implying she used to be Agent 19/Mockingbird, D’Onofrio doesn’t really understand why Kingpin wanted it so badly:

“I’m trying to figure it out like everyone else,” he said. “I’m in the same boat: I really need more information.”

So, it seems likely we could see Kingpin again in a few ways: Hawkeye season 2, Echo season 1, or some sort of reprisal of Daredevil as a series itself. I wouldn’t worry about it. He’ll be back.

Saturday, May 21. Russia’s War On Ukraine: News And Information From...

Lifetime Cost Of Small Car $689,000; Society Subsidizes This Ownership With...