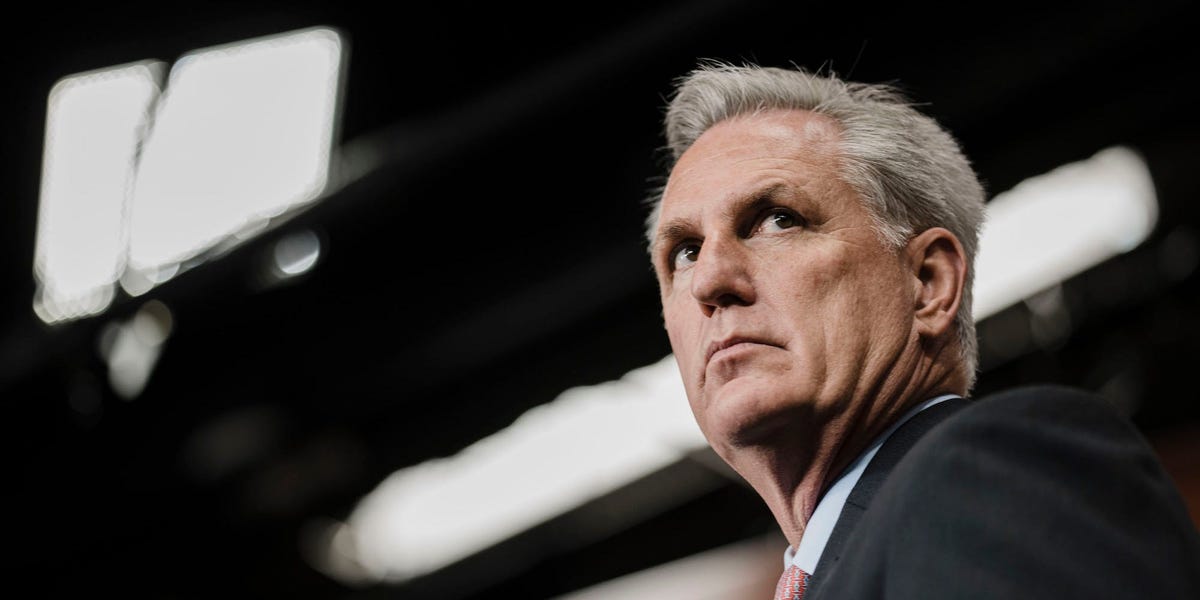 Republican House Minority Leader Kevin McCarthy offered a rare rebuke of two members of his caucus on Monday, saying it was “unacceptable” for Reps. Marjorie Taylor Greene of Georgia and Paul Gosar of Arizona to speak at an event held by a man widely described to be white nationalist.

McCarthy, who was in Israel with a congressional delegation last week, told Punchbowl News that the news was particularly appalling to him given his visit to the country’s Holocaust museum during his time there.

“I took a number of the freshmen, we went and saw Yad Vashem,” he told Punchbowl’s Jake Sherman. “When I come back I see two colleagues who went a participated with a group that has a leader that many times gives anti-Semitic views, and led a chant for Putin.”

On Friday, Greene made a surprise appearance at the America First Conference in Orlando. The event was hosted by Nick Fuentes, who has been described by the Anti-Defamation League as “well-known white supremacist pundit and organizer.” Prior to introducing Greene, Fuentes asked the crowd to “give a round of applause for Russia.”

“For me it was appalling and wrong. And there’s no place in our party for any of this,” said McCarthy. “The party should not be associated any time any place with somebody who is anti-Semitic.”

Greene sought to address the controversy over the weekend, telling reporters at CPAC that she doesn’t “know what [Fuentes’] views are, so I’m not aligned with anything that may be controversial.” Her office later issued a lengthy statement characterizing attendees as “young conservatives who feel cast aside and marginalized by society.”

“She has personally gone to answer this. But I think with that introduction, you should’ve walked off stage,” McCarthy added. “This is unacceptable.”

Sherman also reported that McCarthy plans to speak with Greene this week. Her office did not immediately respond to Insider’s request for comment.

Greene and Gosar are no strangers to controversy. The former has quickly become a thorn in the side of GOP leadership for her outrageous remarks, while the latter was censured by the House in November for releasing an anime video that depicted him killing Democratic Rep. Alexandria Ocasio-Cortez on New York.

Both have been removed from their committee assignments, though McCarthy previously pledged to restore their positions as committee members should Republicans retake the House majority. “

“They may have better committee assignments,” McCarthy mused in November.

Inflation could hit 9% — and prices increases would have been...