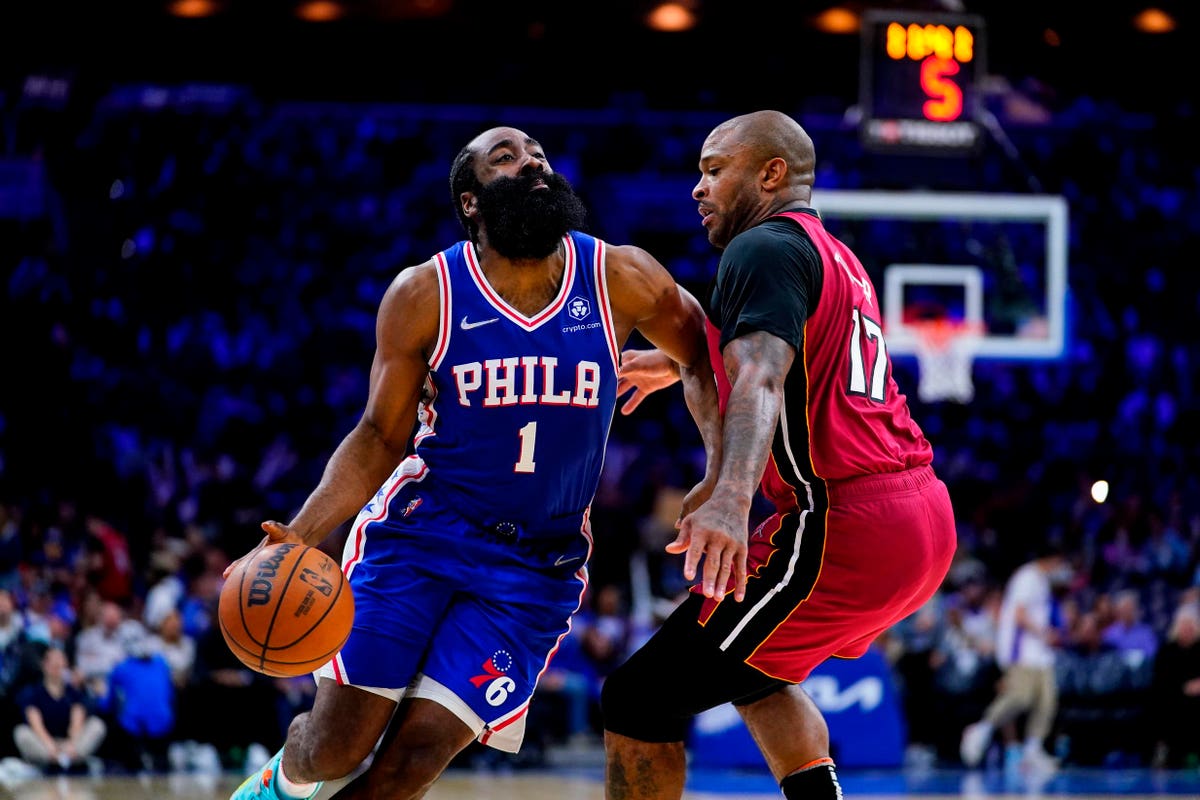 In February, when the Philadelphia 76ers traded for James Harden, the franchise hoped the veteran guard could lead the team to a deep playoff run. But now, three months later, the 76ers are in a familiar position, their season over in a disappointing fashion and questions surrounding one of their supposed star players.

On Thursday night on their home floor, the 76ers lost, 99-90, to the Miami Heat in Game 6 of the Eastern Conference semifinals. It is the 21st consecutive season the 76ers have failed to advance past the postseason’s second round. The franchise has now lost in the second round four times in the past five seasons, including last year when they fell in Game 7 in Philadelphia to the Toronto Raptors, a game in which Ben Simmons attempted no field goals in the fourth quarter and looked timid. Simmons is now gone, having missed the entire season and been part of the Harden trade.

Still, this time, it is Harden who is sure to receive plenty of criticism for the 76ers’ season-ending loss. Harden, who was once known for drawing fouls, didn’t attempt any free throws all night on Thursday. And during the second half, Harden was held scoreless and attempted only two shots (missing both) despite playing more than 22 minutes.

“Our offense, I felt like the ball moved, and it just didn’t get back to me,” Harden said.

Rivers, meanwhile, refused to blame Harden for the loss.

“I’m not going to make this a referendum on James,” Rivers said. “We just could’ve played better. The ball could’ve moved more. Did we have enough time to get our stuff in? I don’t know that. I thought we did, honestly. I really did. But clearly we didn’t.”

The 76ers only trailed by one point at halftime, but they missed 13 of their first 15 shots in the second half and fell behind by 16 points midway through the third quarter when Heat center Bam Adebayo blocked a Joel Embiid jumper on one end and dribbled down the court for a wide-open dunk. The 76ers trailed by double digits for most of the second half. And late in the game, the home fans booed the 76ers, and the few Miami fans in attendance shouted, “Let’s Go Heat!”

The 76ers were at a disadvantage as starting forward Danny Green left the game after just three minutes due to a left knee injury, and Embiid was playing with an orbital bone fracture and torn ligament in his right thumb.

Harden has also been dealing with a nagging hamstring injury since playing for the Brooklyn Nets earlier this season.

“I was getting there (close to 100% healthy),” said Harden, who also played in only 44 games for the Nets and Houston Rockets in the 2020-21 season. “Honestly, it’s been a long two years for me. I’m finally starting to kind of feel OK again. It’ll be a great summer for me to get my body right and be ready to go for next year. These last two years have been a whirlwind, though.”

“Truthfully, it was just a lack of effort on our part,” Harris said. “We turned the ball over. We didn’t get the type of looks or shots we would’ve wanted. The flow all throughout the second half, the looks that we were getting just weren’t what we needed to win a playoff game. When I say lack of effort, they beat us on the glass, beat us on 50-50 basketballs, hustle plays, all around. That’s not how we wanted to lose a game, for sure.”

Now, the 76ers enter the offseason with plenty of questions. Harden, for his part, reiterated that he plans on picking up his $47.4 million option for next season, meaning he would become eligible to extend with the team for four years and $222.8 million starting on Aug. 10. There could be other moves with the roster, too.

“We absolutely have to get better,” Rivers said. “We have to do things to make our team better, there’s no doubt about that. We saw that coming in. we looked at the two teams, and we said, Listen, we need people. But we tried to do it what we had, and that’s all you can do. And again, I love our guys. I thought every single one of them, whether they played well or not, every single of our guys showed up to play, and that’s all you can ever ask for.”

“I don’t worry about my job, Howard,” Rivers said. “I think I do a terrific job, and if you don’t then you should write it because I’ve worked my butt off to get this team here. When I first got here (in October 2020), no one picked us to be anywhere and again this year, the same thing. If that’s how anyone feels, write it, and I’m going to feel secure about it.”

US citizen killed in Ukraine identified as Jim Hill, who was...

Wall Street is pumped about the metaverse. But critics say it’s...