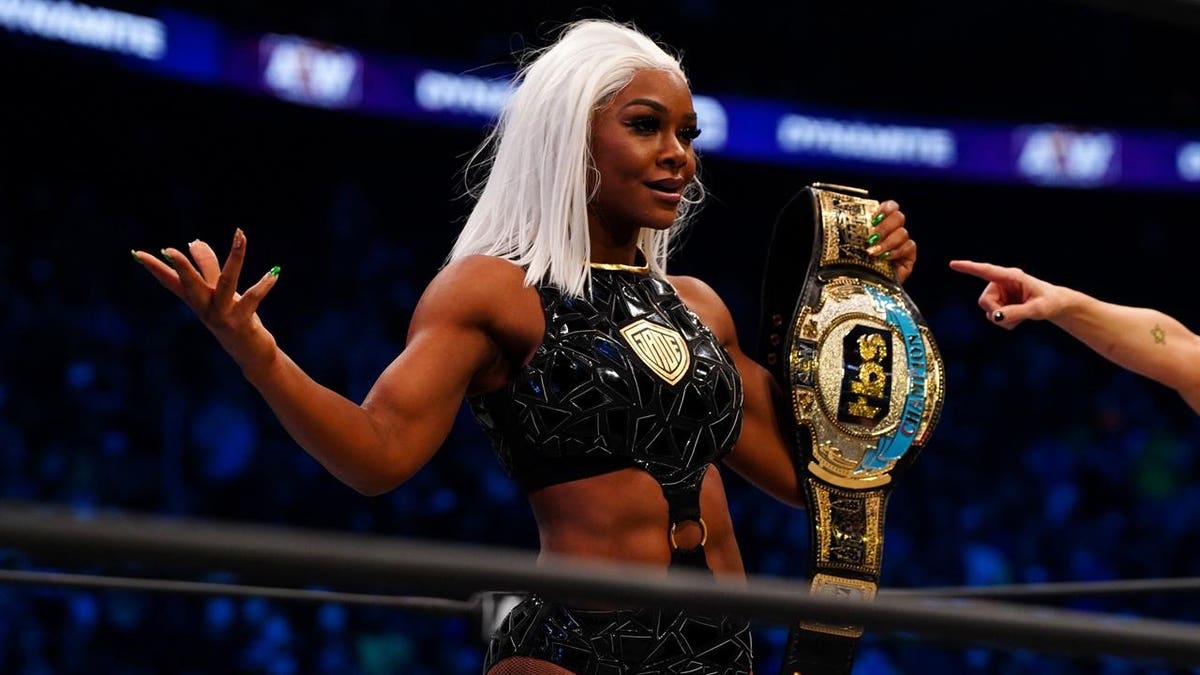 As AEW continues its struggles to promote Black talent, which spoke for a combined 120 seconds in the entire month of January, Jade Cargill has proven to be the exception to the rule in a major way.

By playing to her strengths as a dominant, physically impressive athlete, AEW has begun to reap the rewards of a transcendent star waiting to happen. Similar to Goldberg of the peak WCW days, Jade Cargill has been the beneficiary of a winning streak as the TBS champion’s record has now extended to 26-0. Furthermore, Cargill is beginning to eclipse a number of high-priced AEW top stars in viewership.

Cargill’s TBS Tournament finals match against Ruby Soho drew 1.2 million viewers in its quarter-hour, with 675,000 in 18-49, on the January 5, 2022 broadcast of AEW Dynamite. This was the high point for the show and even outdrew Bryan Danielson vs. Hangman Page for the AEW Championship—a match bolstered by a sizable (if not brief) lead-in from The Big Bang Theory.

Cargill’s TBS Championship match against Anna Jay on the January 21 broadcast of Rampage drew 561,000 total viewers and 308,000 in 18-49—the second-biggest figures of the night and the only quarter-hour that gained viewership in both total viewership and 18-49. Last week on AEW Rampage, Cargill’s match against Julia Hart was the high point in 18-49 with 334,000 viewers, outpacing Moxley’s opening match against Anthony Bowens, which garnered 325,000 18-49 viewers.

Meltzer went on to note that Cargill’s drawing power is much stronger with men than women, which has been the case with the majority of AEW’s stars as the promotion continues to struggle with female viewership. AEW’s lead-in from the Big Bang Theory all but evaporated this past week as Dynamite drew 954,000 total viewers (456,000 in 18-49) despite promoting a pay-per-view-caliber matchup between MJF and CM Punk. This was their lowest number since moving to TBS.

Jade Cargill was not featured on this broadcast.

With her ratings momentum undeniable at this point, it might behoove AEW to open a future Dynamite with Jade Cargill. Cargill has the type of look, mainstream appeal and cloak of invincibility that has potential to keep a casual viewer around for longer than the three minutes or less that a “Big Bang” viewer typically spends on AEW. Though Cargill’s appeal may skew male for now, it’ll be interesting to see if AEW can begin building a female audience by featuring Cargill when more women are (casually) watching during the lead-in.

AEW has succeeded in building a super indie that has translated to a promising nationally televised product. But as viewership on TBS begins to reflect a mostly hardcore audience, AEW will be best-served developing Cargill—a fresh face in the wrestling business as Pro Wrestling Illustrated’s Rookie of the Year. Cargill is on pace to become AEW’s first transcendent star whose reach can extend past the myopic internet wrestling community that has been kicking and screaming throughout her otherwise successful push.

I used Etsy to decorate my apartment and saw how it...