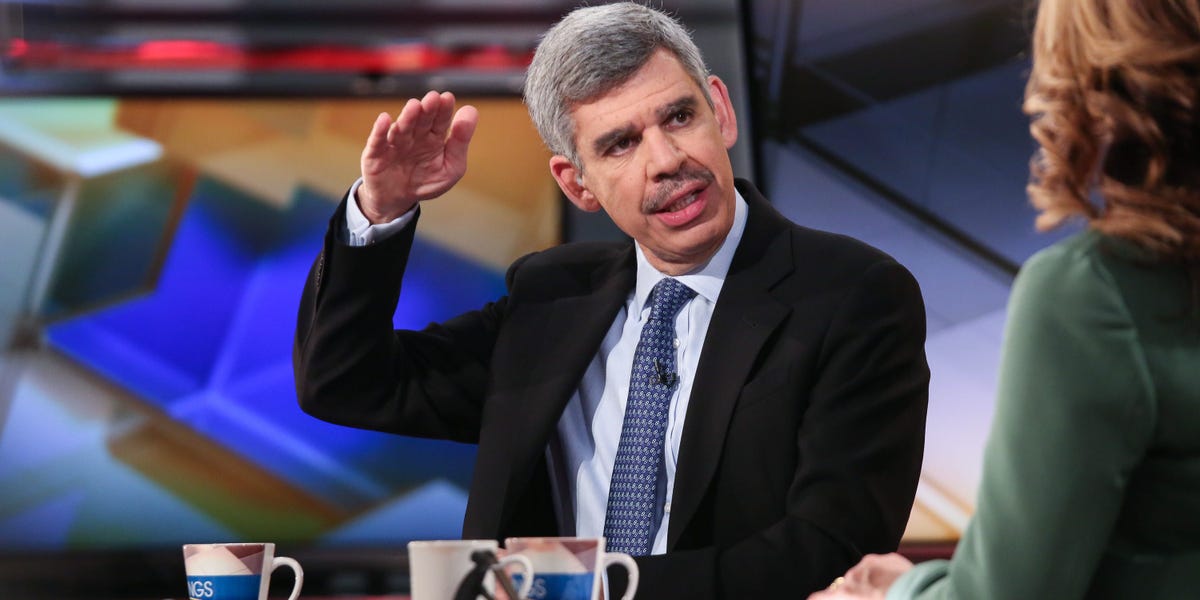 Top economist Mohamed El-Erian said US inflation may reach 9% and criticized the Federal Reserve for not acting sooner to tackle price increases.

The comments from El-Erian, who is chief economic adviser of Allianz, came as US inflation surged to a 41-year high of 8.6% in the year through May, according to data the Bureau of Labor Statistics released on Friday.

“I think you’ve got to be very modest about what we know about this inflation process,” El-Erian told CBS’s “Face the Nation” on Sunday. “And I fear that it’s still going to get worse, we may well get to 9% at this rate.”

In April, price increases slowed for the first time in eight months, but El-Erian said he never had hopes that inflation had peaked or that it was “transitory, meaning temporary and quickly,” he told CBS.

“So we’re now in a period of stagflation, meaning lower growth and higher inflation,” said El-Erian, who is also the President of Queens’ College at Cambridge University in the UK. He was previously the CEO of US bond-fund giant Pimco.

“The darkest period is that inflation persists, heads to 9%, people start worrying that it’s gonna go to 10% and next thing, you know, we end up in a recession and that would be tragic if that were to happen,” he said, per CBS.

El-Erian also reiterated his criticism of the Federal Reserve in not responding to rising inflation earlier. “It mischaracterized what inflation is and it fell behind,” he told CBS.

“What makes this very frustrating is it was partially avoidable,” he said. “This is going to have enormous economic, social, it hits the poor, particularly hard institutional and political consequences. And most of it could have been avoided, had early actions been taken.”

El-Erian said he expects a 50 basis points — equivalent to half a percentage point — rate hike at this week’s rate-setting meeting. The Fed has already raised rates twice this year.

Earlier this month, El-Erian told CNBC that the Fed should keep raising interest rates at half-point increments until inflation is under control, rather than starting and stopping.

El-Erian did not immediately reply to Insider’s request for comment sent outside of regular business hours.

El-Erian isn’t the only high-profile voice criticizing the Fed for not moving soon enough. Former Fed chair Ben Bernanke told CNBC in May that the central bank made a mistake in delaying its response to rising inflation.

Current Fed chair Jerome Powell admitted in a congressional hearing in March that it should have acted earlier.

“Hindsight says we should have moved earlier,” Powell said, per Bloomberg. “It’s just taking so much longer for the supply side to heal than we thought.”

Trump’s supporters booed and jeered when he revealed he got a...