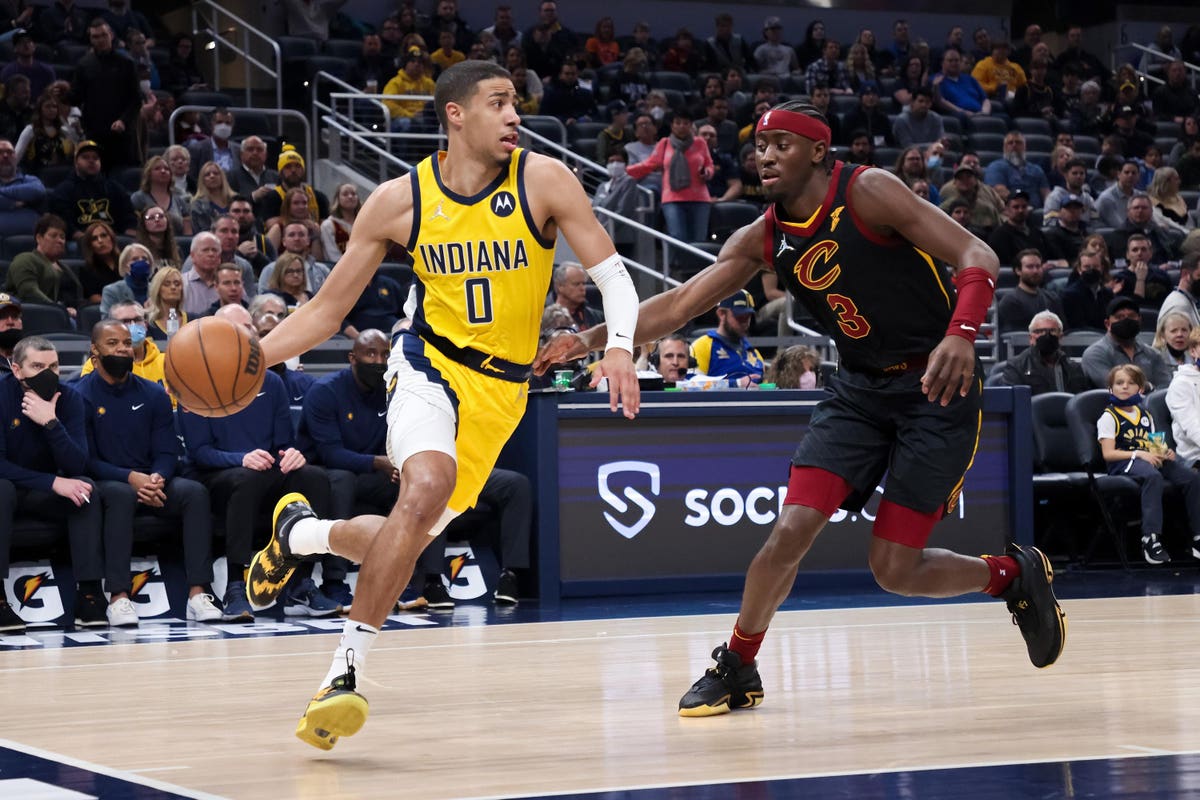 The Indiana Pacers received a first-round draft pick from the Cleveland Cavaliers earlier this season in a future-looking trade — Indiana sent guard Caris LeVert to Cleveland for guard Ricky Rubio, a second-round pick, and a protected first-round pick.

It was a shrewd trade for a Pacers, who needed to make rebuilding moves in the midst of a sunken season. But the teams agreed to put protections on the first-round pick sent from the Cavaliers to the Pacers, and with the Cavs going 10-15 since the deal, those protections are worth monitoring down the stretch of the season.

Draft pick protections allow a team to delay a trade obligation of a draft pick if it falls within a certain range. In this case, the first rounder that the Cavaliers sent the Pacers is lottery protected, meaning that if the Cavaliers end up with any pick between one and 14 in the 2022 NBA draft, they would keep their first-round choice. If the Cavaliers premier draft slot ends up between 15 and 30, it would be sent to Indiana.

“We added multiple picks that we feel great about,” Pacers President of Basketball Operations Kevin Pritchard said just after the trade deadline.

The Pacers would prefer that they get a first-round pick as opposed to two second-round picks, so they will be closely moniotining Cleveland’s fortuntes for the rest of this season and, if relevant, next season. This season, in particular, is enticing for the Pacers since the Cavaliers pick is currently slated to be inside the top-20, a nearly best-case scenario.

Cleveland, as of April 5, sits in seventh in the Eastern Conference — one spot out of an automatic postseason berth. If the Cavaliers can reach the sixth spot in the East by the end of the season, they would make the playoffs by default and their first-round pick would be traded to the Pacers.

The Cavs sit 2.5 games behind both the Chicago Bulls and Toronto Raptors in the Eastern Conference standings with a few games to play. They would have to perform almost perfectly to lock up an automatic postseason berth, and even then they would need a slump from Chicago or Toronto to reach sixth in the East. The Cavaliers own the head-to-head tiebreaker over the Raptors, but not the Bulls.

Should the Cavaliers end up in the play-in tournament, which looks exceedingly likely, then things get tricky. The team from Ohio would play in a mini-tournament with a playoff spot in the line. If the Cavs finish the regular season with the seventh or eighth seed, then they would have two chances to win one game and reach the postseason. If Clevland finishes ninth or tenth in their conference, then they would have to win two games in a row to reach the playoffs.

A playoff berth is required of the Cavs for the Pacers to receive a first-round pick. If Cleveland finishes the regular season with a top-15 record, but still misses the playoffs thanks to a failed play-in tournament, then the team would keep their first-round pick.

Indiana is in a tough spot in that they want the draft pick to be as strong as possible, but they also want to actually get the pick. Finding the right balance of hope is tough this late in the season, but the Pacers desires are obvious — they want the Cavaliers to make the 2022 NBA playoffs and will be rooting for them during the upcoming stretch of play.