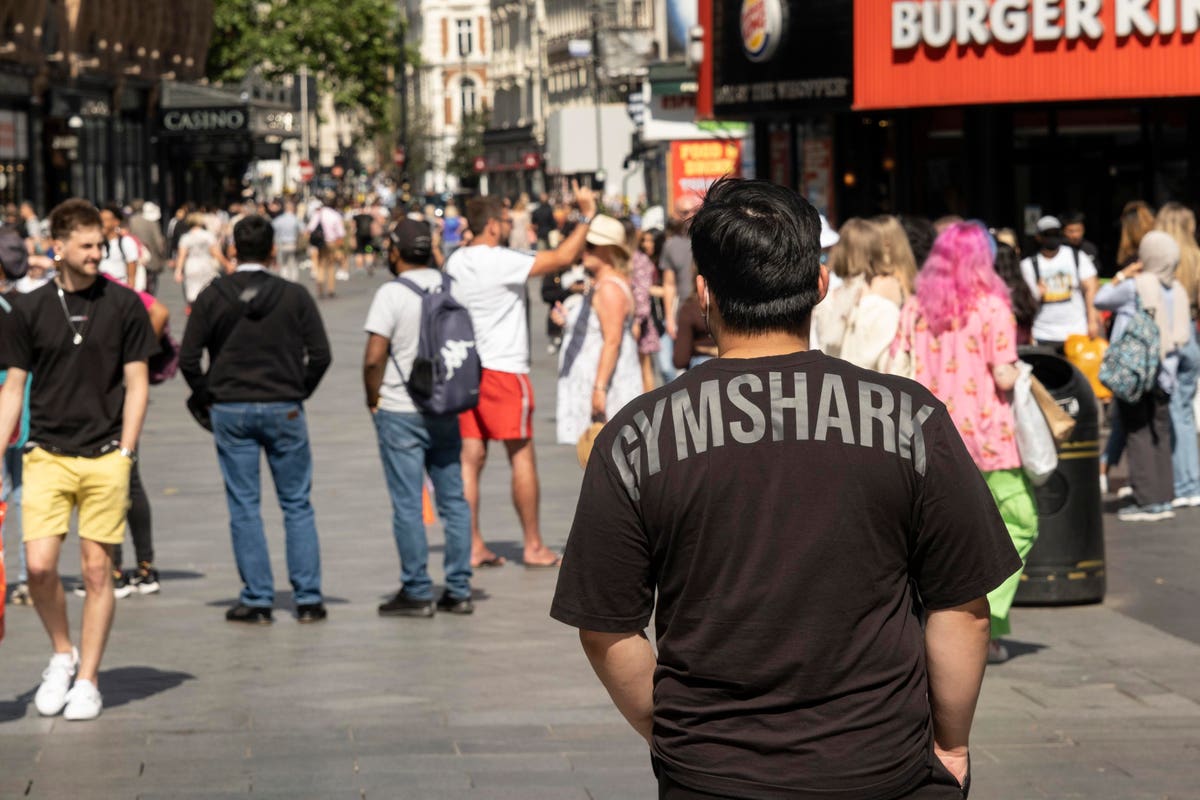 Athleisure and fitness brand Gymshark is to launch its first ever bricks-and-mortar store on Regent Street, London in a bold move by a company less than 10 years old.

Founded by 29-year-old British entrepreneur Ben Francis from the bedroom of his parent’s house in 2012, the company is now valued at over $1.3 billion following stellar sales and the acquisition of around a fifth of the business by General Atlantic.

Sales at – until now – online-only retailer Gymshark jumped more than 50% to over $530 million in the financial year to July, boosted by consumer demand for sportswear and an on-point social media presence.

This year the Solihull, West Midlands-based company launched an office in Denver, with the U.S, its primary target, and though Francis has reportedly held talks with bankers and investors, he has played the prospects of a London IPO.

Gymshark’s first physical store will be a three-floor, 18,000 sq. ft. flagship at 165 Regent Street, formerly the home to J. Crew, due to open in time for summer. The new store, rented on a 10-year lease from the street’s landlord The Crown Estate, will host events and “community hangouts”, and will feature workout studios and on-site classes, reinforcing the company’s ambitions to encourage exercise. Lululemon has a European flagship close by.

Announcing the store, the company said: “You know we love IRL [in real life] at Gymshark. From We Lift The City to the Gymshark Run Club, our awesome community is what makes us, and we can’t wait to bring the conditioning community even closer together with our very first permanent Gymshark store, in the heart of London.”

“It’s going to be incredible, it’s going to be experiential, and we want to bring as much of that Gymshark vibe and community in to this place,” said Francis. “Our new Regent Street store is about experiential spaces that bring the conditioning community closer together than ever before. I have said that we want to create something that lasts longer than any of us and this is a real game changer.”

From Bedroom to Billion Dollar Company

The entrepreneur started out as a 19-year-old by making hoodies on his sewing machine from his parents’ garage, while hauling shifts at Pizza Hut and developing the first version of the Gymshark website.

To grow, Gymshark has focused on social media and influencers to generate sales and promote the brand, with a strong emphasis on community. It was one of the earliest fitness brands to adopt TikTok and its cleverly positioned messaging and empathetic posts during the pandemic helped build its reputation as an authentic and genuinely caring brand.

Francis remains the majority owner of Gymshark, while U.S. private equity firm General Atlantic holds a 21% stake as of last year. He is now back at the helm after several years ceding the role of CEO to experienced exec Steve Hewitt. The gyam and athleisurewear group has partner with U.S. entrepreneur Gary Vaynerchuk, who will advise the group on marketing and brand development in North America.

Gymshark secured its valuation of more than $1.3 billion after raising about $265 million from U.S. fund manager General Atlantic, although these funds were used to allow existing investors to exit rather than to fund international growth. Given his 70% stake, the deal made the 29-year-old founder one of the wealthiest British entrepreneurs in the business.

Although Gymshark has declined to comment further on any potential IPO plans, last month the company told U.K. broadcaster Sky: “We regularly speak to financial institutions to ensure we are connected to the business world and we continue to learn. Any recent conversations we have had have been about introducing these organisations to Gymshark and our journey so far.”

The group now employs close to 1,000 people in offices in Hong Kong, Denver and Birmingham, U.K., while the company made more than half its sales in the U.S. last year and is aiming to accelerate American growth.

When asked about market reports over IPO plans, Francis stressed that talks with banks and institutions were more about “learning” than any imminent flotation.

He added: “I want to know what the opportunities are for Gymshark, what the options are as we continue to grow. Right now we’re just focusing on the growth of the business and building out the team.”

Trump claims he couldn’t have lost the 2020 presidential election because...