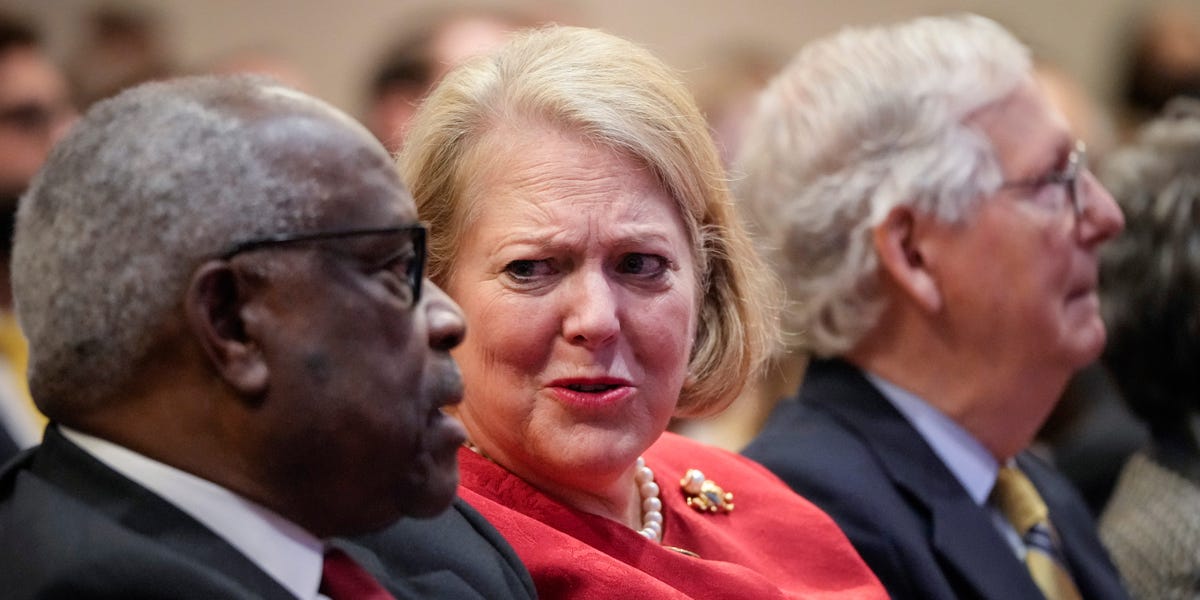 Ginni Thomas, a conservative author and activist, is under scrutiny following revelations that she sent a series of text messages in late 2020 and early 2021 to then-White House Chief of Staff Mark Meadows, urging him to fight on behalf of Donald Trump’s bid to remain president after losing the election. Ginni Thomas’ actions have raised serious ethical questions about whether a spouse of a Supreme Court justice should be attempting to influence issues that could come before the court.

While his wife’s salvos lit up Washington circles, Clarence Thomas, the high court’s most reliably conservative member, had been hospitalized for days fighting an infection until doctors released him on March 25. Democrats are now calling for him to recuse himself from any cases involving the January 6 insurrection or Trump.

The Thomases’ drama shows how — for better or for worse — they’re one of Washington, DC’s most prominent power couples. In a town that runs on insider connections, a marriage between two power players can sometimes elevate each partner to greater heights than either one could achieve alone. But it can also open them up to public criticism, should the appearance of conflict arise.

Here are 17 other married couples — some better-known than others — who both wield political power and influence in the nation’s capital and beyond.