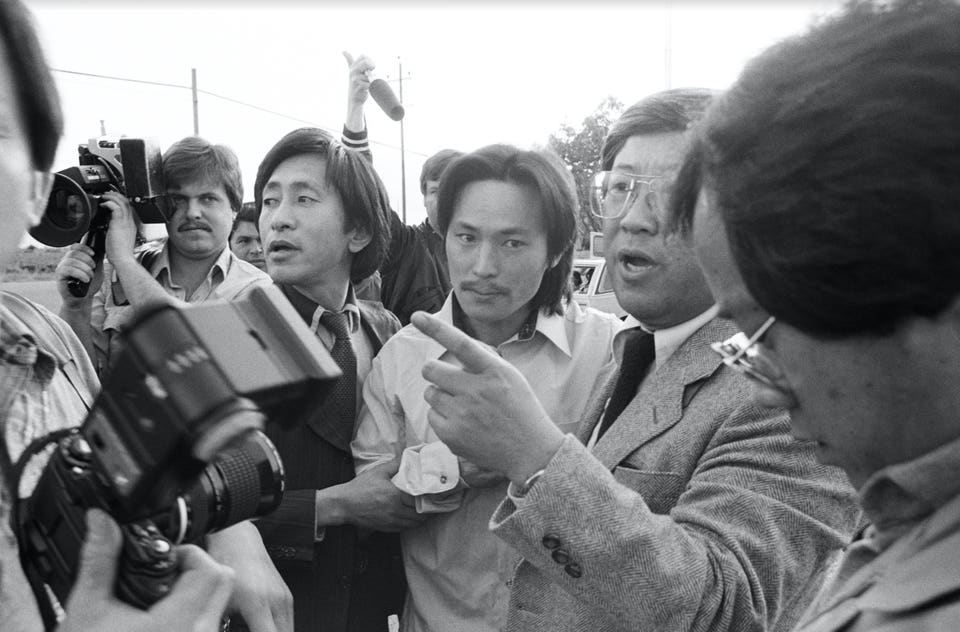 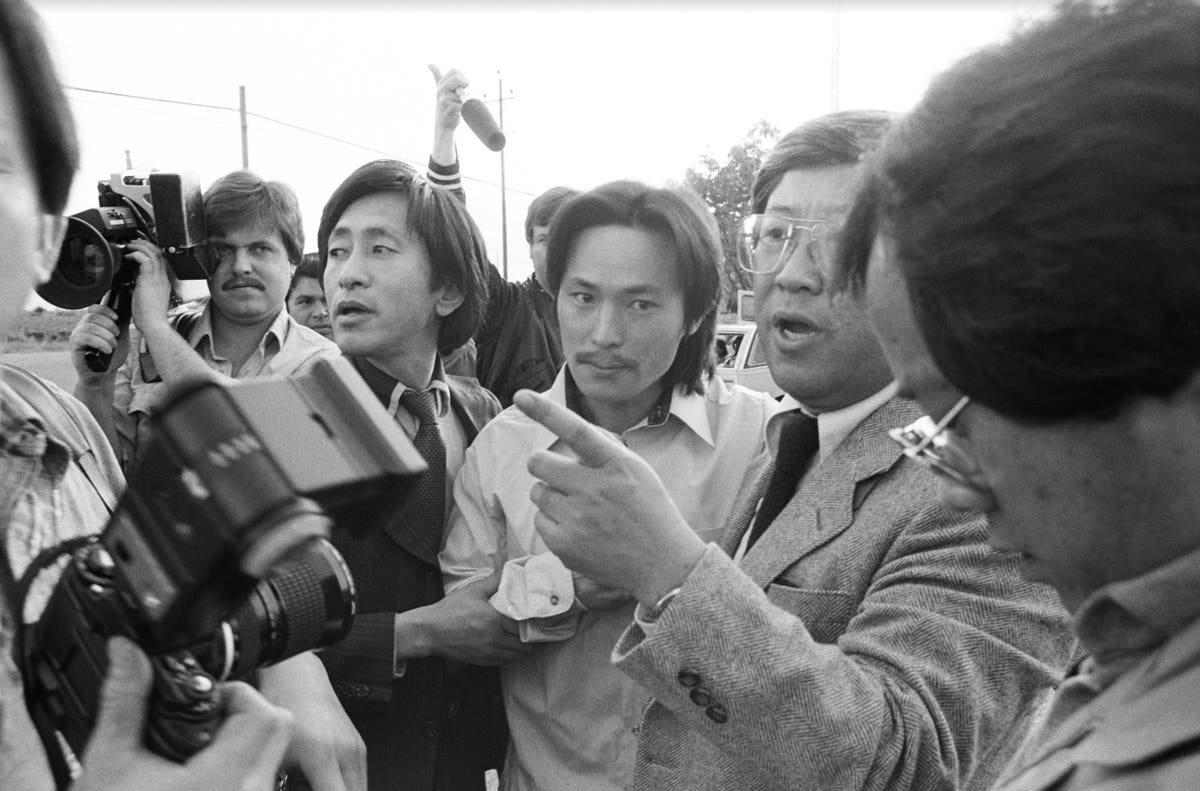 In 1973 a 20-year-old Korean immigrant named Chol Soo Lee was arrested for a gangland shooting in San Francisco’s Chinatown. Although he would later be proven innocent, Chol Soo Lee was convicted and spent years in prison. He might easily have been forgotten, except for Korean American journalist, K.W. Lee, who wrote about the obvious flaws in the case against him.

The investigative series led to a pan-Asian defense committee and a national coalition of Asian American activists that ultimately secured a new trial—and freedom—for Chol Soo Lee. The story of his life and the efforts to free him are detailed in the carefully researched and emotionally compelling documentary Free Chol Soo Lee, created by filmmakers Julie Ha and Eugene Yi.

“He was obviously racially profiled,” said Ha. “He didn’t even meet the eyewitness descriptions of the killer, being much shorter and having a mustache. He also wasn’t Chinese and so many of the people who actually lived in the Chinatown community at the time could have told you that a Chinatown gang wouldn’t have hired this Korean to do this hit. So, there was that kind of racial prejudice within the criminal justice system that would not only arrest this person, but then not eventually self correct, and still move forward to convict him and sentence him to life in prison.”

Both Yi and Ha learned about Chol Soo Lee from K.W. Lee, who also inspired Ha to become a journalist. However, the idea to film Chol Soo Lee’s story did not come up until after his funeral in 2014. Ha attended the funeral to write his obituary for KoreAm Journal, where both she and Yi worked.

“While I was there I was struck by the emotion in the space,” said Ha. “It wasn’t just this grieving for someone they cared about and lost, but it felt like something else, a heaviness.”

Some of the activists attending the funeral voiced regrets about not doing more for Chol Soo Lee. When San Francisco Public Defender Jeffrey Adachi gave the eulogy, he noted that Chol Soo Lee did more for those who supported him than they did for him.

“Which just struck me because I knew this movement was six years long,” said Ha. “And for these people to help a stranger in this way, with so much passion and dedication, I just couldn’t believe what they were saying. That depth of compassion and humanity really moved me.”

Since the activism was an important part of Asian American history, the filmmakers decided that the story deserved more attention.

“We have always shared a passion for telling complex Asian American stories with nuance and depth,” said Ha. “So, when he said lets make a film together I couldn’t get the Chol Soo Lee story out of my head. That heaviness, that emotion in the funeral space, really stayed with me. We decided that we would dive in. We could not let it stay buried in history, it was too important. It turned into a six-year labor of love.”

“K.W. introduced us to a lot of the activists and the people who were involved in the movement at times,” said Yi. “And, to a person, everyone held on to something from those days. This moment in their lives was just so important and so consequential to them that they saw fit to hang on to what they could. In some cases it was posters and petitions, these amazing artifacts of the time. In some cases there was video footage and audio recordings.”

Yi was grateful so much had been saved. “If these individuals had not made this decision to set space aside in their lives for this material there would be nothing for us to build on,” he said. “No film today. It’s been such an honor and a privilege to be able to extend the work they did.”

As well as audio and video footage, print articles and posters, Chol Soo Lee left a written record of his ordeal. In letters he describes the loneliness of having no one believe in his innocence, the horrors of prison life and his gratitude for the work on his behalf. Of his supporters, he wrote, “They saw me and called me by my name. Don’t give up.”

In the film his words are narrated by Sebastian Yoon, a formerly incarcerated Korean American, who the film’s producer, Su Kim, met when he was promoting a film titled College Behind Bars.

“Something about him struck her,” said Yi. “He is an extraordinarily gifted communicator and she thought that he could very much help us inhabit and flesh out the role of Chol Soo Lee.”

A sense that they must do justice by their subject nagged at the filmmakers.

“We feel like everything fell into place once Sebastian joined our project,” said Ha. “And could lend that kind of experience. One day he told us, ‘Chol Soo is no longer with us and he’s not here to stand up for himself.’ Sebastian felt like he had an obligation to make sure that when audiences watched this film and learned his story they weren’t so quick to judge and say, oh, wow, look how he stumbled and struggled and failed.”

“For some people it’s a celebration of journalism and a celebration of activism and they’re inspired in that way,” said Ha. “For others it’s an indictment of our criminal justice system, the damage that mass incarceration can do to human beings, or even making Asian Americans see that issues like incarceration, like policing communities of color, are our issues too—making Asian Americans see that we actually come from a history of this type of racism.”

Free Chol Soo Lee will have a New York theatrical release on August 12, followed by showings in San Francisco and Los Angeles. A nationwide screening at 180 theaters will happen on August 17, during the week that would have seen Chol Soo Lee’s 70th birthday.

“After that it’s going to be on PBS PBS on Independent Lens,” said Yi. “We are going to be part of their next season. The date is yet to be confirmed. This is very important to us because PBS is a network that is broadcast in prisons as well, so we’re hoping the story can touch folks who are currently incarcerated.”

The filmmakers hope the film honors the values the activists demonstrated almost 50 years ago.

“Chol Soo Lee was a poor immigrant street kid who had a criminal record,” said Ha. “Yet he was worthy of their time and attention and care. I think that’s such a powerful statement that we really need to understand and take lessons from. We want to ensure that there’s a legacy for this movement. There was a whole generation of young people who worked on this case, who were inspired to become public defenders and public interest attorneys and leaders in social justice, working toward the public good. It made them feel confident they could overcome incredible odds. We know the power of this story, we know the impact it can have today, moving forward, and that’s also partly why we made this film.”

Democrats’ disconnect with rural America is getting so deep it may...