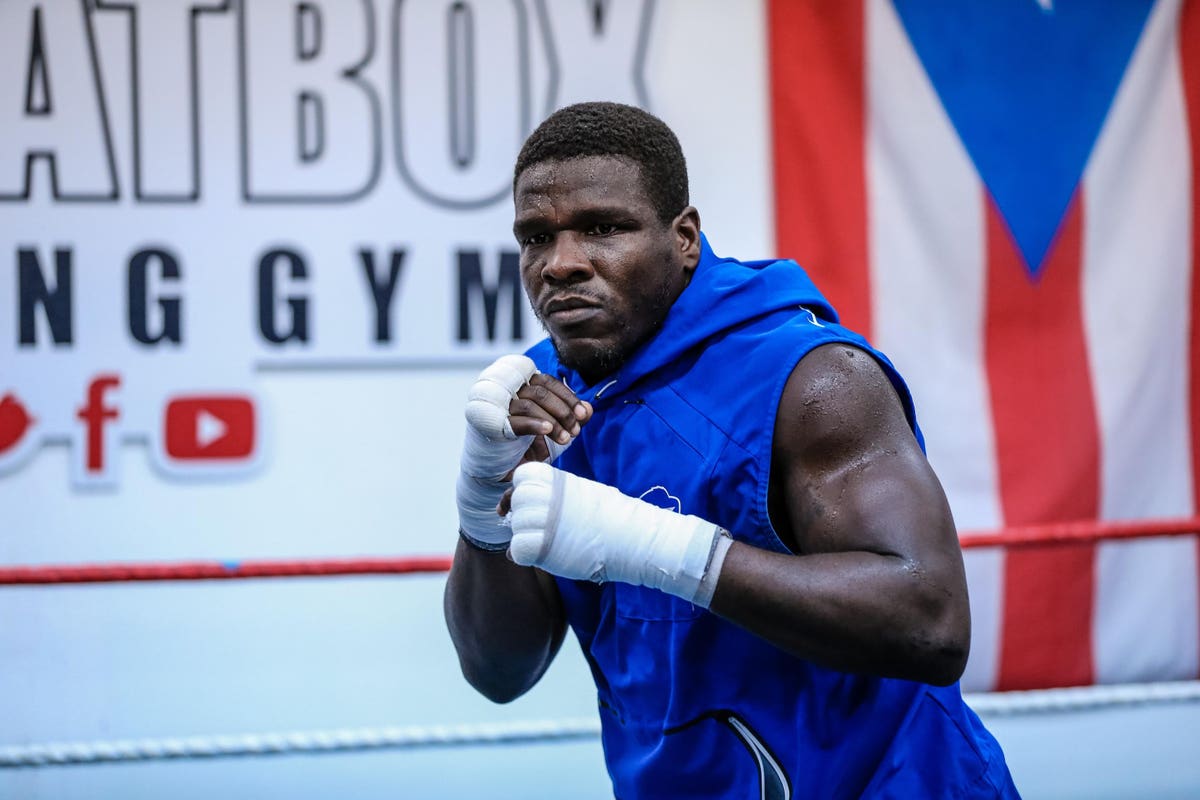 The third-leading rusher in NFL history is trying his hand at a new sport. And he’s OK with the idea of not being one of the best to ever do it.

Gore will face former NBA All-Star Deron Williams in a four-round heavyweight bout on the undercard of the Showtime PPV card headlined by Jake Paul vs. Tyron Woodley II on Saturday. Gore is still thinking about the NFL—he’d almost certainly say yes if a playoff contender was inquiring about a veteran running back who gained 16,000 rushing yards and scored 80 touchdowns in 16 seasons. But for now, he’s content to train for his new venture and see what happens inside the ring. He’s also an ambassador with online sports book Bovada, and he said that team has been like a family to him.

I spoke with Gore last week, and we touched on how he’ll deal with Williams’ physical advantages, what it’s like to be an underdog and what might have happened if he had boxed from a young age instead of playing football.

Josh Katzowitz: Why can’t you just retire from sports already? I guess that’s not in your mindset yet, huh?

Frank Gore: Not really. I’m in a good place. I’m doing something I’ve always loved. I’ve been happy with myself, not going crazy with not carrying a football. I’ve always been training in boxing to get myself ready for football.

JK: When did you start training for football in the boxing gym?

Gore: It’s tough, bro. I’m not going to lie. But when I’m in the gym with my other [boxing] teammates, I’m OK with it. I look at it like if they were coming to football, how far ahead I’d be. I’d just keep working and grinding. They also help me. They want to see me be successful. If I would have done this when I was a kid, I would have been a top guy. Especially at heavyweight.

JK: But can you take a heavyweight punch? That’s the question.

Gore: I’ve been pretty good in the gym. I’ve been sparring against real pros. I have my good days. I also have my bad days.

JK: How much have you improved since you really started training? Is it a tangible improvement?

Gore: Yeah, I think people are going to be surprised when they see me out there.

JK: You know, I’ve been getting all kinds of emails from online sports books touting the Frank Gore-Deron Williams odds (as of this writing, Gore was a +135 underdog). Obviously, the gambling aspect has become such a huge part of sports these days. Is it strange that it’s not, “Hey, what’s the money line on the 49ers-Seahawks game that Gore will happen to be participating in, instead of, oh, it’s all on Frank Gore?”

Gore: Yeah, that’s why you have to train your behind off. You can’t hide behind anybody.

JK: When was the last time you felt like an underdog?

Gore: I always feel like an underdog. That motivates me even more. He’s taller and he’s got more reach [Williams is 6-foot-3, while Gore is 5-9]. I’m cool with it. I’m not griping about it. I’ll keep working. I’ll be good.

JK: I’ve talked to lots of boxers about this trend of YouTubers and other pro athletes coming in and basically playing in their sport. Some think it’s cool and say, “Hey, it takes guts to step through those ropes. If they’re getting paid, God bless.” Others think it’s a joke. What do you think?

JK: It looks like Deron Williams is going to have about six inches on you with a longer wingspan. How difficult will that be?

Gore: It can go both ways. It can hurt him. It’s his first fight. He still has to know how to use that height.

JK: Can you see yourself continuing with boxing, depending on how things go, or is it more of a one-off? What’s your mindset?

Gore: For me, as a person and what I’ve been through in my life, I never look ahead a ton. The only thing I’m focused on is [Williams]. If I like it that night and have success and get the win and I want to keep going, I’ll do it again. If I don’t like it, I won’t do it again. I’ll see how the night goes and how I feel about it.

JK: Is football still a possibility?

Gore: I’m in the best shape of my life right now, bro. This boxing workout is totally different. I post a picture, and so many of my coaches say it’s the fittest they’ve ever seen me. I know it’s late in the season. Bu you never know what can happen. A team that could need some help, they have a great chance to go to the Super Bowl, I’m definitely in.

US airlines are combating the pilot shortage by raising pay, lowering...