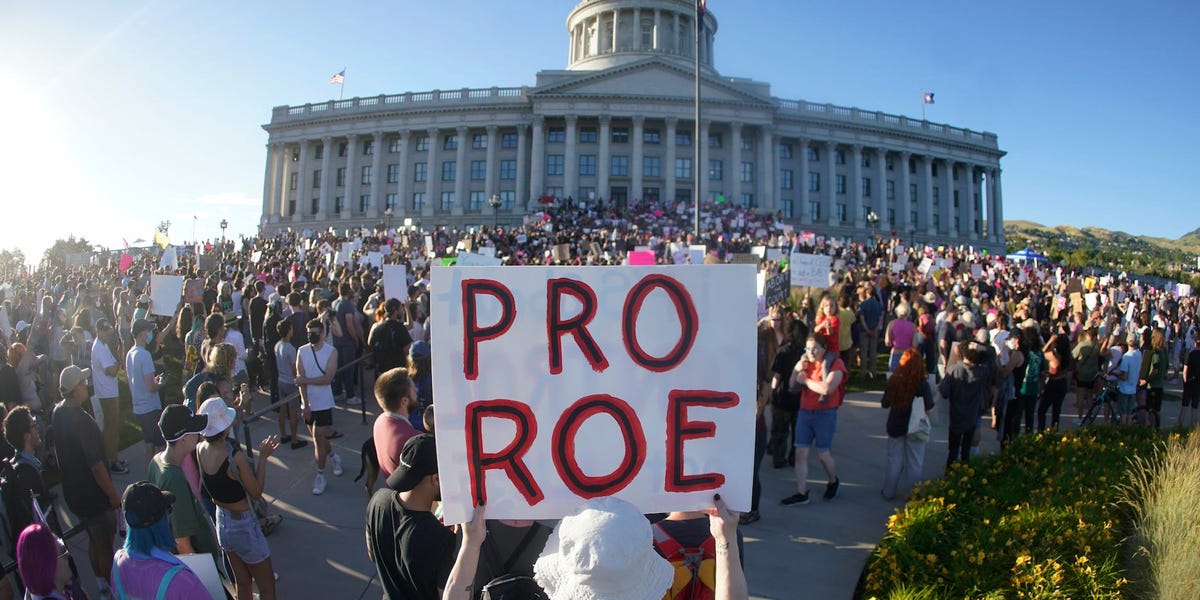 The AP reported that some posts and memes that explained how women can get abortion pills by mail without breaking state laws were removed from the platforms almost instantly after the Supreme Court decision was announced.

The term “abortion pills” refers to two drugs, mifepristone and misoprostol. The first halts progesterone production, which is needed for a pregnancy to grow, and the second causes the uterus to expel pregnancy tissue, as Insider’s Anna Medaris reported. The pills are also used to treat some conditions like Cushing disease and stomach ulcers.

It is not yet clear what the impact of Roe’s overturning has on abortion pills, even as 13 states have trigger laws that lead to abortion bans. The FDA authorizes their use for the first 10 weeks of pregnancy, and the US government lifted a ban on mail-order abortion pills in April 2021.

An Instagram post published minutes after the court ruling, which said “DM me if you want to order abortion pills, but want them sent to my address instead of yours,” was swiftly removed, the AP reported. The outlet said it was “within moments.”

Another person who wrote on Facebook, “I will mail abortion pills to any one of you. Just message me,” was later barred from the platform, Vice reported.

The unnamed person told Vice: “I posted it at 11 a.m. and was notified within a minute that it was removed. I was not notified until I tried to post later that I was banned for it.”

The AP and Vice said they shared their own posts on abortion pills to see what would happen.

Vice tried to post “abortion pills can be mailed” on Facebook, and was told seconds later that it violated Facebook policies on buying, selling, or exchanging medical or non-medical drugs.

The AP also wrote on Facebook, “If you send me your address, I will mail you abortion pills,” and the post was removed within one minute, the outlet reported.

The AP reporter then made the exact same post two more times, replacing the words “abortion pills” with the words “a gun” and then “weed.” Those posts were not removed, the AP said.

Meta told the AP that it had policies that meant guns, alcohol, and pharmaceuticals cannot be sold though its platforms, but did not explain why the posts offering to sell a gun and weed were not removed.

“We’ve discovered some instances of incorrect enforcement and are correcting these,” he added, without specifying what they were.

How Companies Reckon with Past Wrongdoing