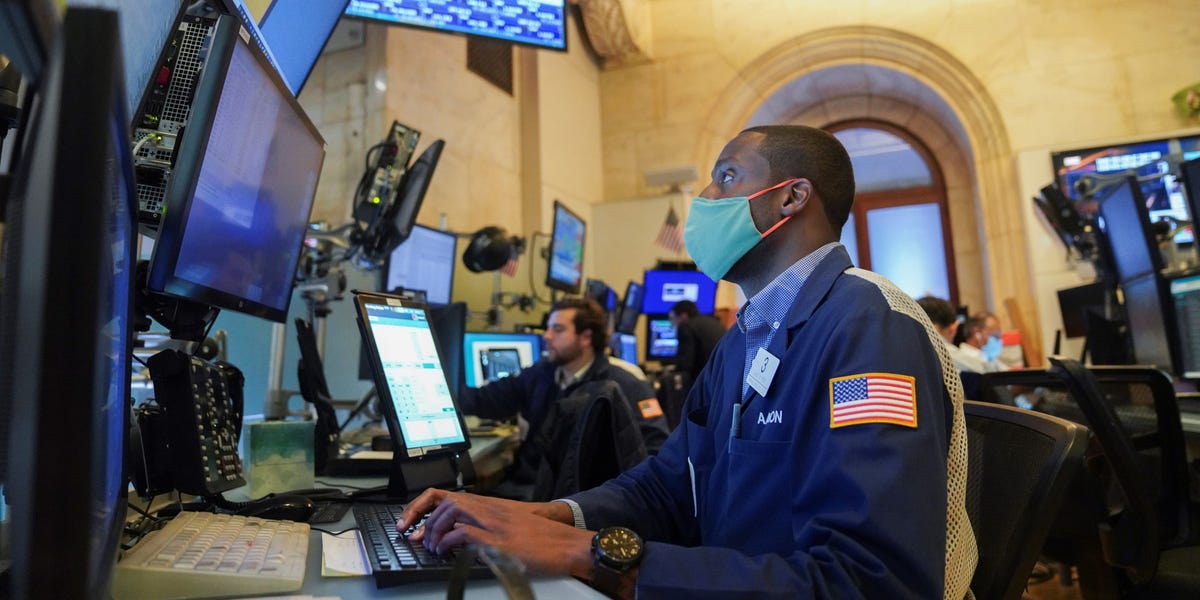 US stocks closed lower on Friday as investors kept a close watch on simmering geopolitical tensions, with a US government official stating there is a “credible prospect” that Russia could invade Ukraine before the Winter Olympics are set to end on February 20.

National security advisor Jake Sullivan said that while there is a high probability that Russia will invade Ukraine, he pushed backed on earlier reports that stated the US had concluded Russian President Vladimir Putin had made a final decision.

All major US indexes ended lower Friday to post weekly losses after opening in the green. The benchmark S&P 500 — after notching gains seven out of the last nine sessions — slipped in afternoon trading. The Dow Jones Industrial Average fell over TK points and the tech-heavy Nasdaq Composite dropped almost 3%.

On top of a looming geopolitical crisis, investors are also weighing their expectations for the Federal Reserve’s next move after January’s inflation print was the highest rate in 40 years.

Here’s where US indexes stood after the 4:00 p.m. ET close on Friday:

“The Russia-Ukraine tensions have hovered over already shaky investor sentiment,” John Lynch, CIO at Comerica Wealth Management, said in a note. “Should an invasion occur, we expect a significant bid for US Treasuries, putting demand for yield in direct conflict with the Fed’s intentions. Commodity prices may also accelerate, led by oil and gold. The dollar may also catch a safe-haven bid, accelerating commodity inflation.”

Earlier this week, President Joe Biden advised US citizens to leave Ukraine. Russia has been gathering roughly 130,000 troops on Ukraine’s border. The Kremlin says it doesn’t plan to invade but rejected calls to pull its troops away.

US equities have had a volatile trading week as investors balanced strong corporate earnings with varying expectations of the Fed tightening monetary policy, especially after the Consumer Price Index rose 7.5% in the year through January, marking the biggest rise since 1982.

Bank of America strategists on Friday said the Fed is “desperately behind-the-curve.” And instead of tightening monetary conditions in the face of rising inflation, the central bank is still easing, having bought about $200 billion worth of bonds over the past month, the strategists pointed out.

“Call it what you will, [but inflation] ain’t transitory,” strategists Ethan S. Harris, Adarsh Sinha, and Janice Xue said in a note.

The surprise acceleration in inflation fueled expectations that the Fed will hike interest rates more aggressively this year, starting with the next FOMC meeting on March 15 and 16.

5 million Americans are staying home from work as Omicron threatens...

Chicago Bulls Getting Much-Needed Value Out Of Rookie Ayo Dosunmu