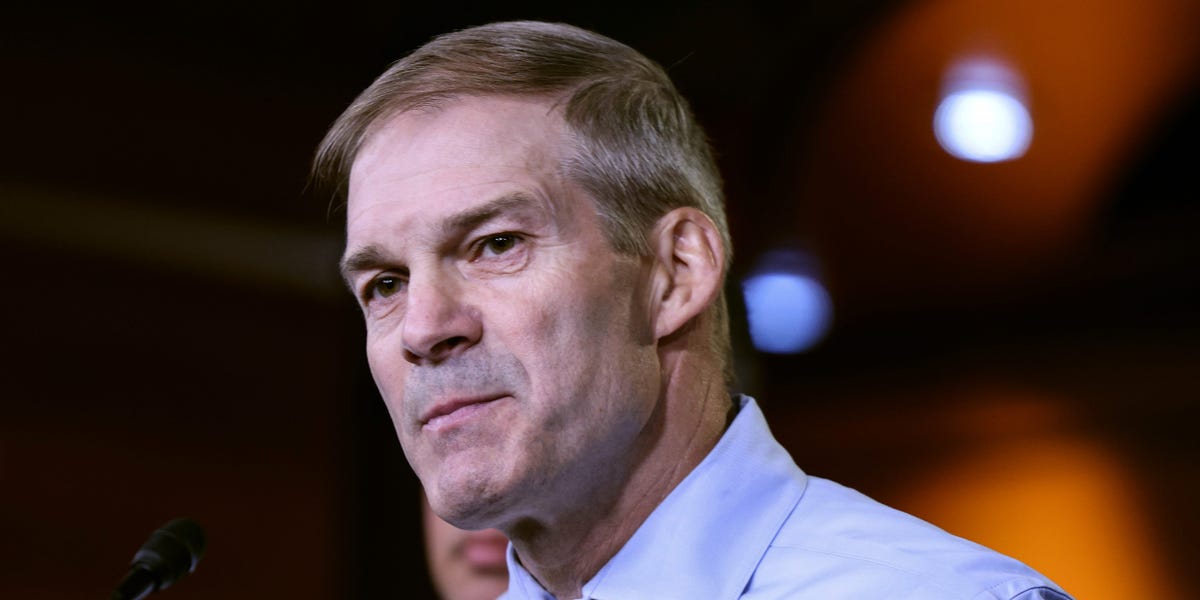 Rep. Ruben Gallego lambasted Rep. Jim Jordan in a Wednesday evening interview after the Republican congressman confirmed that he sent a text to former White House chief of staff Mark Meadows on January 5, saying that then-Vice President Mike Pence “should call out all electoral votes that he believes are unconstitutional as no electoral votes at all.”

In an appearance on MSNBC, Gallego, a Democrat from Arizona, called Jordan “a traitor.”

The text that the Ohio lawmaker sent to Meadows on January 5 was a forwarded message from Joseph Schmitz, a conservative lawyer and former inspector general at the Defense Department, Jordan’s office confirmed to Politico earlier Wednesday.

The House Select Committee investigating the Capitol riot revealed the text on Monday evening as part of its probe, but did not disclose who the sender was. Jordan’s office confirmed on Wednesday that it was him who sent the message to Meadows, but that its full text was omitted from the committee’s presentation.

The text message released by the January 6 committee read: “On January 6, 2021, Vice President Mike Pence, as President of the Senate, should call out all electoral votes that he believes are unconstitutional as no electoral votes at all.”

The full text message, according to Jordan’s office, read: “On January 6, 2021, Vice President Mike Pence, as President of the Senate, should call out all the electoral votes that he believes are unconstitutional as no electoral votes at all — in accordance with guidance from founding father Alexander Hamilton and judicial precedence. ‘No legislative act,’ wrote Alexander Hamilton in Federalist No. 78, ‘contrary to the Constitution, can be valid.’ The court in Hubbard v. Lowe reinforced this truth: ‘That an unconstitutional statute is not a law at all is a proposition no longer open to discussion.’ 226 F. 135, 137 (SDNY 1915), appeal dismissed, 242 U.S. 654 (1916).”

Jordan appeared on Fox News on Wednesday night, criticizing the January 6 committee and claiming it “alter[ed] documents” in a “quest to go after Mark Meadows and President Trump.”

The committee acknowledged that it shortened the text before it was made public, NBC News reported. “The Select Committee is responsible for and regrets the error,” a committee spokesperson told the outlet.

On January 6, when Congress met to certify Joe Biden’s 2020 election win, Jordan, a staunch ally to former President Donald Trump, was among the 147 Republicans who voted to object to the results.

When the January 6 committee was being formed in July, House Minority Leader Kevin McCarthy tapped Jordan to serve on the panel. But House Speaker Nancy Pelosi rejected McCarthy’s recommendation, saying that she could not let Jordan take part in the investigation due to “concern about statements made and actions taken” by him, according to a statement from her office.

Since then, Jordan has mocked the bipartisan panel, made up of seven Democrats and two Republicans — Reps. Liz Cheney of Wyoming and Adam Kinzinger of Illinois.

Jordan’s office did not immediately return Insider’s request for comment.

Germany doesn’t want to be ‘too successful’ at replacing Russian natural...