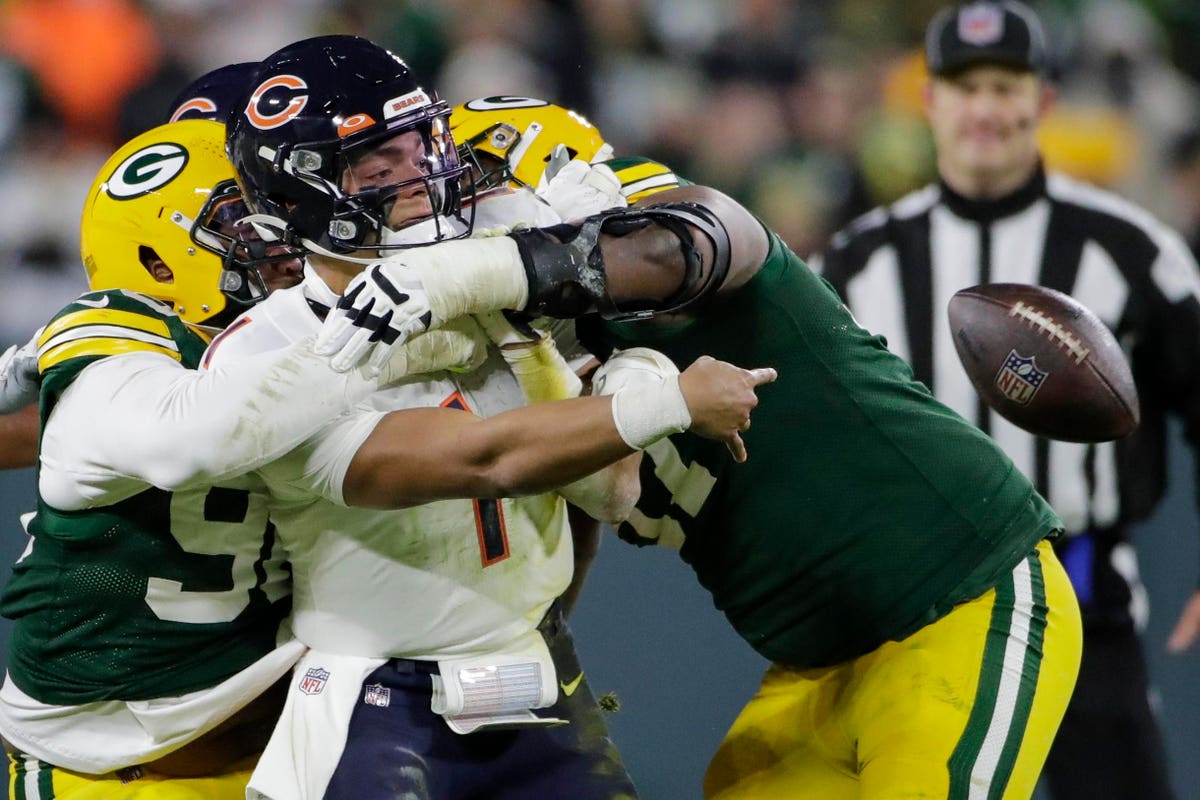 The Chicago Bears’ ownership is going to have to hit the ground running in its search for new leadership after having elected not to take advantage of a new window to interview head coach candidates in the last two weeks.

Bears Chairman George McCaskey has informed General Manager Ryan Pace and head coach Matt Nagy they are not being retained. The team is stuck in an 11-season drought without a playoff victory and finished 2021 with a 6-11 record after a loss in Minnesota on Sunday.

Nagy has been on thin ice since midseason but McCaskey is not a believer in firing a head coach in mid-season.

It’s unclear whom the Bears are targeting but it seems likely they will check in on University of Michigan coach Jim Harbaugh, who is rumored to have interest in coaching in the NFL. Harbaugh is believed to be of interest to the Las Vegas Raiders but their run into the postseason could take them out of the market, with interim coach Rich Bisaccia being promoted to full-time status.

The Bears could hire two executives and a head coach, creating the new position of president/football operations to go along with a general manager in charge of player personnel. There was some question about Pace’s standing within the organization but McCaskey apparently felt maintaining him would complicate the search for an attractive head coach.

Pace had previously hired John Fox and Nagy to coaching positions. The team was 48-67 during his seven-year tenure, including two losses in the first round of the postseason.

Pace was never able to provide strength at the quarterback position, although 2021 first-round pick Justin Fields is expected to be the regular in 2022 and hopefully beyond. The Bears have used 15 quarterbacks since they won their last playoff game behind Jay Cutler, with Mitchell Trubisky’s inconsistency continuing to haunt the franchise.

Nagy was hired to help develop Trubisky but the Bears threw up their hands at some point after his third season, subsequently importing veterans Nick Foles and Andy Dalton in an attempt to compete behind an aging defense. Pace selected Trubisky with the second overall pick in the 2017 draft, ahead of both Patrick Mahomes and Deshaun Watson.

Pace has used draft capital in trades. The Bears were left on the sidelines until the 43rd pick in 2020, when the Los Angeles Chargers grabbed Justin Herbert and the Philadelphia Eagles claimed Jalen Hurts. Pace had only limited interest in Hurts, selecting tight end Cole Kmet ahead of him in the second round.

The Bears sacrificed their first-round pick in 2022 to move up to get Fields with the 11th overall pick. He started 10 games and played off the bench in two others but delivered inconsistent results, throwing more interceptions (10) than touchdowns (7). But the Bears’ weak offensive line and patchwork receiving corps didn’t give Fields a fair chance.

It will be up to a new coach to develop Fields next season, just as Nagy was hired to get the most from Trubisky. But he’ll be evaluated by new executives, not the same ones who fell in love with him.

China is doubling down on its bid to challenge the dollar’s...

Trump privately pressed his security detail to take him to the...