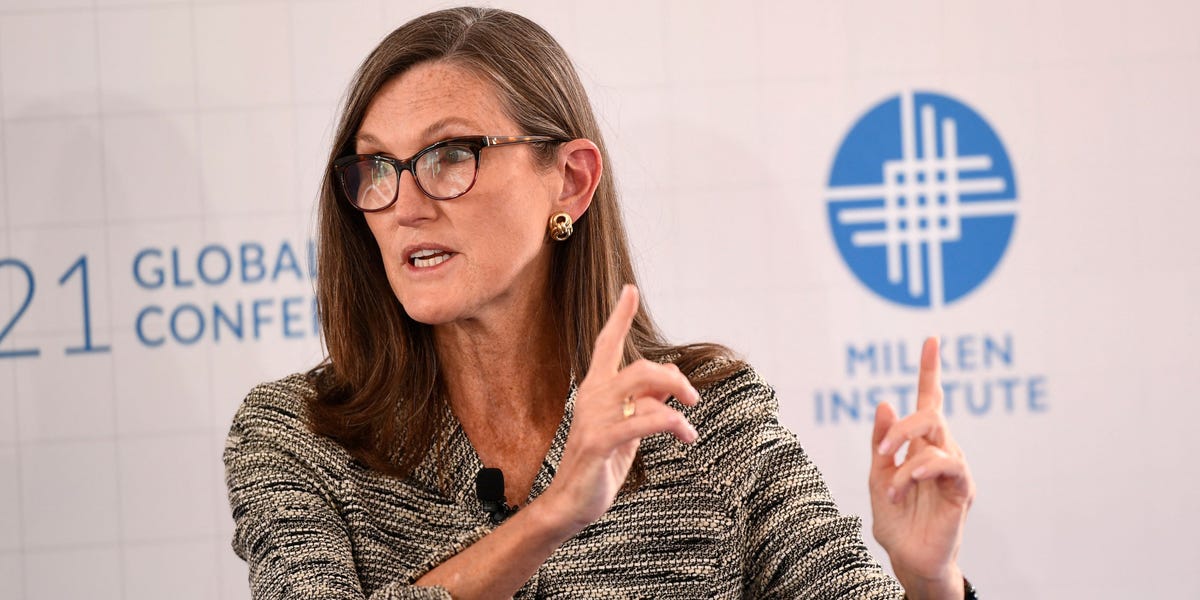 Fans of Cathie Wood and her aim to invest in innovative companies can buy a forthcoming leveraged fund that is targeting twice the returns of her Ark Innovation ETF.

The AXS 2X Innovation ETF, planning to trade under the ticker TARK, is aiming for 200% of the returns of Wood’s flagship fund, a Tuesday filing with the US Securities and Exchange Commission showed. The new fund won’t start trading for at least 75 days, according to the filing.

Those anti-ARKK bets have paid off recently. The Ark Innovation ETF, which has big stakes in companies like Tesla, Zoom , and Coinbase, has slumped 24% in the new year and is down 55% from its high amid a market selloff that has hit tech stocks hard. The Nasdaq is down about 14% so far this year while the S&P 500 is off about 8%.

But calls to buy the dip are growing on Wall Street as analysts view the recent sell-off as being overblown. And Funstrat predicted the rapid dive will be followed by an even swifter recovery in February.

Wood rose in popularity in 2020 when her flagship fund, which aims to invest in disruptive technologies, posted massive gains of 153%. The following year was a turbulent one as ARKK sank 23%, its worst since inception, amid a broader market rally.

Matt Lappin Promoted To Co-Exec Producer Of ‘The Late Show With...

Advice from the CEO of an All-Remote Company