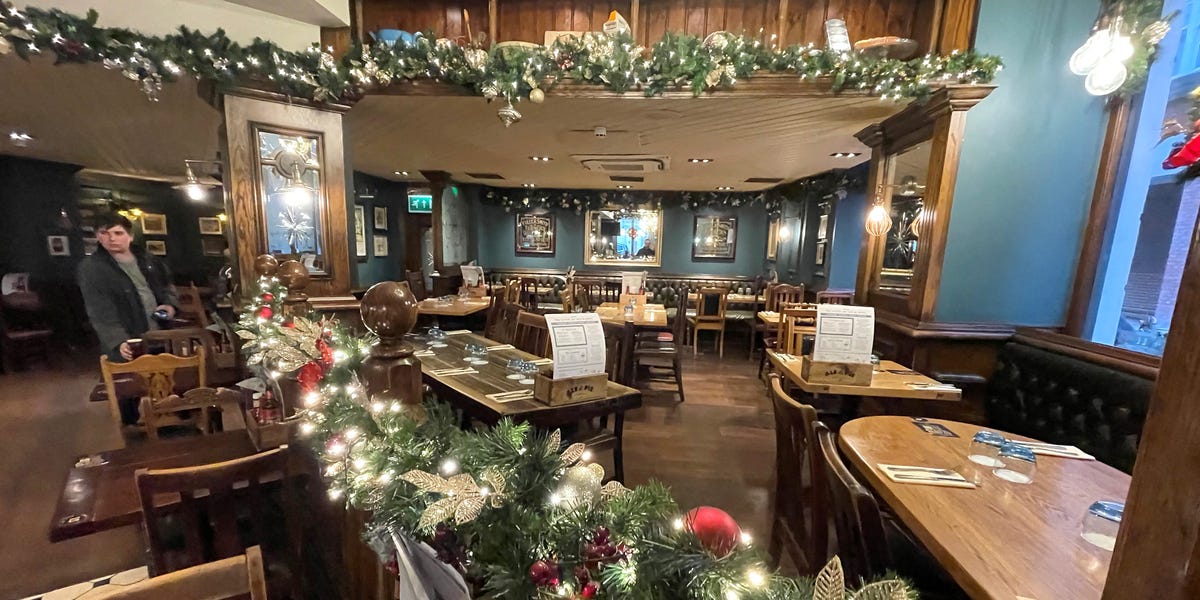 British people have cancelled restaurant bookings and Christmas parties for the penultimate week of December, in a seeming effort to preserve celebrations with family even as coronavirus cases surge.

According to UK Hospitality estimates cited by The Guardian, trade to restaurants, pubs, cafes, and bars is down by a third for December.

The trade body estimates a further 22% drop in bookings for the month, costing the industry some £4 billion ($5.2 billion) and dealing a body blow as the sector attempts to recover from 18 months of disruption.

The UK is experiencing a surge of coronavirus infections, driven by the Omicron variant. Daily reported infections remain at nearly record levels, reaching 90, 418 on Saturday.

The country is not under lockdown, though people have been told to work from home where possible. England’s chief medical officer, Chris Whitty, warned on Thursday that people should prioritize the social events and relationships that matter most to them through December.

During Christmas 2020, the government restricted Christmas socializing in areas where infections were highest. In so-called tier four areas, people were limited to seeing only members of their own household or bubble on Christmas Day — ruling out a family Christmas for many people in practice.

There is again growing pressure on prime minister Boris Johnson to up restrictions in the run-up or directly after Christmas Day. Government scientists on Friday warned that infections could hit between 600,000 to 2 million per day, with daily deaths peaking at 600 to 6,000 without “more stringent measures”, The Guardian reported.

And the government is reportedly now considering banning indoor meetings for two weeks, limiting attendees at weddings and funerals, and returning to outdoor service only at restaurants and bars, the Times of London reported Saturday, stating that the restrictions could be implemented from December 27.

Health secretary Sajid Javid repeatedly refused to rule out further restrictions during broadcast interviews on Sunday. “We will look at this data, we will take into account other factors, and then decide whether further action will be needed or not,” he told the BBC’s Andrew Marr.

He added: “There’s a point there, that if you wait until data’s absolutely perfect, it may be too late … There are no guarantees in this pandemic. We just have to keep everything under review.”

As Brits voluntarily reduce eating and drinking out, business groups have called on the government to provide financial support.

Earlier in the pandemic, the government offered business rates relief, the furlough scheme, deferred VAT and other measures to help businesses impacted by lockdowns. However, that support wound down as the UK reopened over the summer.

Rain Newton-Smith, chief economist at leading business group the CBI, said in a statement: “The onset of Omicron means many businesses seeking to get back on their feet are once again reeling from the virus for a second Christmas in a row.

“Now the government must act at speed to prevent the need for further restrictions.”