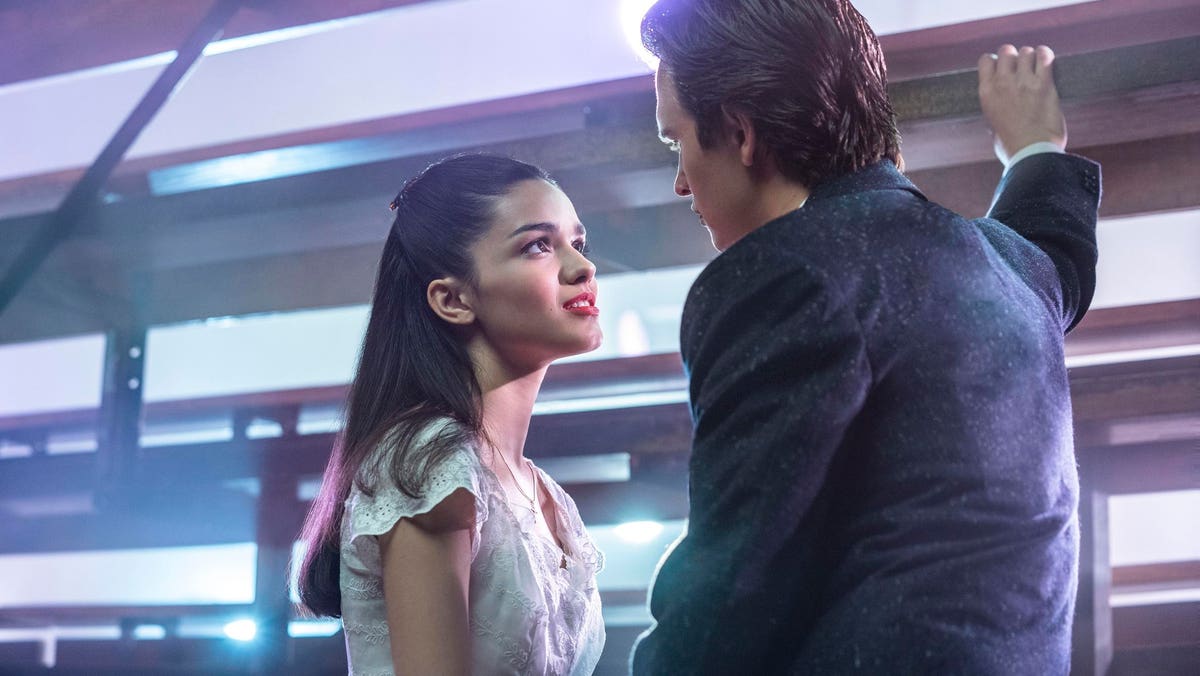 The hope was that West Side Story would ride strong reviews, Oscar buzz and the whole “a Steven Spielberg movie” variable to halfway decent legs over the Christmas season. Granted, when you only open with $10 million domestic in mid-December, even legs like The Emperor’s New Groove only gets you to $95 million domestic. Alas, hopes of a Greatest Showman-like run were dashed as the Rachel Zegler/Ansel Elgort musical romance dropped 68% in weekend two for a mere $3.42 million gross. That gives the $100 million remake/re-adaption just $18 million and puts it on a trajectory to earn just over/under this summer’s In the Heights ($30 million from an $11.5 million debut) and domestically than did Tom Hooper’s much-ridiculed Cats ($27 million from a $5 million launch) in December 2019.

The closest comparison is not Hugh Jackman’s P.T. Barnum musical The Greatest Showman, which earned $13.4 million over a Wed-Sun debut ($8.8 million Fri-Sun) and then took off like a rocket on Christmas Day (a $5.5 million Monday) for an eventual $174 million domestic cume. Alas, no the closest comparison is Star Trek: Nemesis, which opened with $18.5 million in mid-December, crashed 76% in weekend two against The Lord of the Rings: The Two Towers’ $64 million Fri-Sun/$105 million Wed-Sun debut and ended with just $43 million. With 20th Century’s The King’s Man opening on Wednesday and Disney “proper” still pushing Encanto past $100 million, West Side Story is now the opposite of a priority. So, what happened? Well, it wasn’t everything moviegoers ever wanted, everything they ever needed, right in front of them.

The Greatest Showman was the kind of theatrical miracle that almost never occurs, so that it happened four years ago doesn’t mean we should hold it up as a “Yes, but wait..!” counterpoint when a film you liked fails to open terribly high. From its $8.8 million Fri-Sun debut, it became the second-leggiest wide release (1,200-plus screens) after James Cameron’s Titanic ($600 million/$28 million in December 1997). Among 750-plus screen openers, it remains the sixth-leggiest wide release opener whose opening contained a Fri-Sun portion (none of this “opened on Christmas Day which is Sunday this year” silliness). It earned 19.8x its Fri-Sun frame and 13x its Wed-Sun debut gross (Shrek 2 earned “just” 3.4x its $128 million Wed-Sun debut). Moreover, Greatest Showman opened *after* the Star Wars movie.

Folks who were only going to see the The Last Jedi once did so before Jumanji: Welcome to the Jungle and Greatest Showman opened, which is different than those who might have been saving their money for the future mega-movie. Opening West Side Story this coming week instead of a week ago may not have made the difference between success and failure (and maybe Matthew Vaughn’s Kingsman is a more valuable IP), but it surely would have helped. War Horse and Tintin were both solid hits opening almost concurrently in Christmas 2011 despite competition from Mission: Impossible – Ghsot Protocol and Sherlock Holmes: A Game of Shadows. If there is a case to argue that Disney made a mistake, it was in opening West Side Story before Spider-Man: No Way Home instead of after.

The Greatest Showman, which was also a “Fox” film before Disney bought them in 2019, is a kid-friendly, crowdpleasing, 105-minute original musical with uplifting original songs, an all-star cast (Michelle Williams, Zac Efron, Zendaya, Rebecca Ferguson, etc.) and a happy ending. West Side Story, quality notwithstanding, is a remake of a prior musical which divided moviegoers along the lines of “I love the 1961 version too much to care about this new one” and “I don’t care enough about the original show to see this remake.” It runs 2.5-hours long, features no butts-in-seats stars, promises of hot-and-heavy romance between teen protagonists and offers a well-known bummer ending involving murdered children. Putting aside the Spielberg factor, a star-free remake of West Side Story wasn’t surefire commercial dynamite even in a non-Covid time.

While this doesn’t necessarily end the film’s pursuit of Oscar glory (every Spielberg-helmed drama since Saving Private Ryan in 1998 has nabbed a Best Picture nomination), it sure as hell doesn’t help. It shows the disadvantage facing theatrical contenders like The Last Duel, West Side Story and King Richard compared to streaming favorites like Netflix’s Tick Tick… Boom, The Power of the Dog and Don’t Look Up. The formers have had their luster dimmed due to poor box office results while the streaming flicks merely have to exist while earning raves and plaudits. We’ll see if West Side Story remains a frontrunner due to the whole “everything you want in a Best Picture winner except box office” package. But anyone hoping for a Christmas miracle will have to hope elsewhere.

Amazon CEO tells staff it is still committed to diversity after...