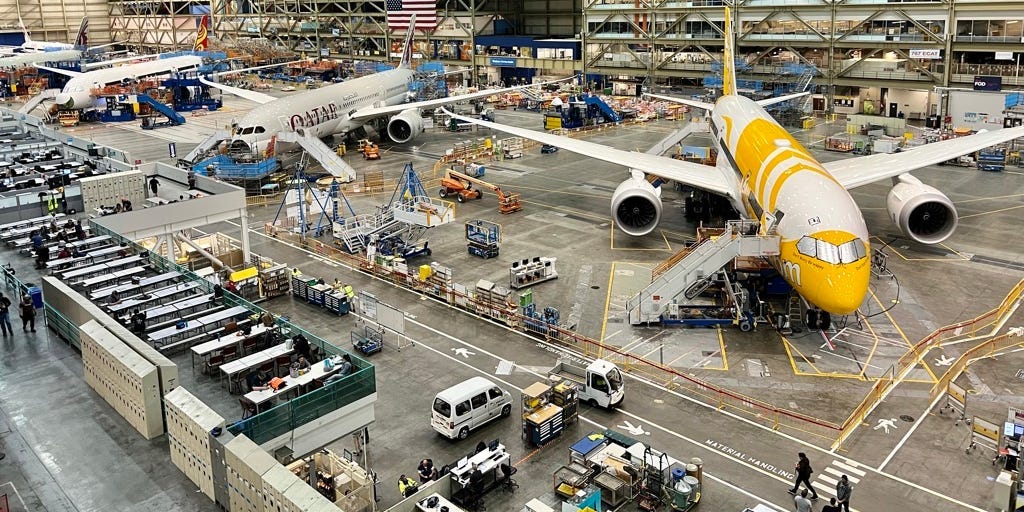 Plane manufacturer Boeing has cut its long-term industrywide forecast due to uncertainty over the impact of sanctions against Russia.

The new estimate predicts a global demand for 41,170 aircraft deliveries over the next 20 years. This excludes the previous projection of 1,540 aircraft sales to Russia and Central Asia made in the 2021 report.

Boeing’s projection is down from its previous 20-year forecast of 43,610 global deliveries.

The company’s 2022-2041 Commercial Market Outlook (CMO) cited the war in Ukraine and global sanctions against Russia for its decision not to include an estimate for the region.

The new report said it was “highly uncertain” how long the sanctions against Russia that make it impossible to deliver planes to the country will persist.

The forecast came ahead of the Farnborough International Airshow, an industry show for the aerospace and defense industries.

Despite the loss of the Russian market, Boeing forecasts that worldwide airline fleets will nearly double by 2041 and predicts the aviation sector will recover from the impact of the COVID-19 pandemic by early 2024.

Boeing slightly increased its forecast over the next 10 years, even after excluding the Russian market, projecting 19,575 aircraft deliveries by 2032.

Darren Hulst, vice president of commercial marketing at Boeing, told reporters ahead of the report’s release that Boeing’s view “of medium-term recovery” is “largely unchanged,” per Reuters.

“Overall, we still see late 2023, early 2024 as the time where the industry recovers to full or at least the level of pre-pandemic traffic,” he said.

Representatives for Boeing did not immediately respond to Insider’s request for comment.

Earlier this month, Boeing lost out to rival European plane manufacturer Airbus on one of the biggest deals in aviation history. Boeing blamed the loss of a $37 billion aircraft deal with China on “geopolitical differences.”

I was served by talking robots at a sci-fi restaurant. It...