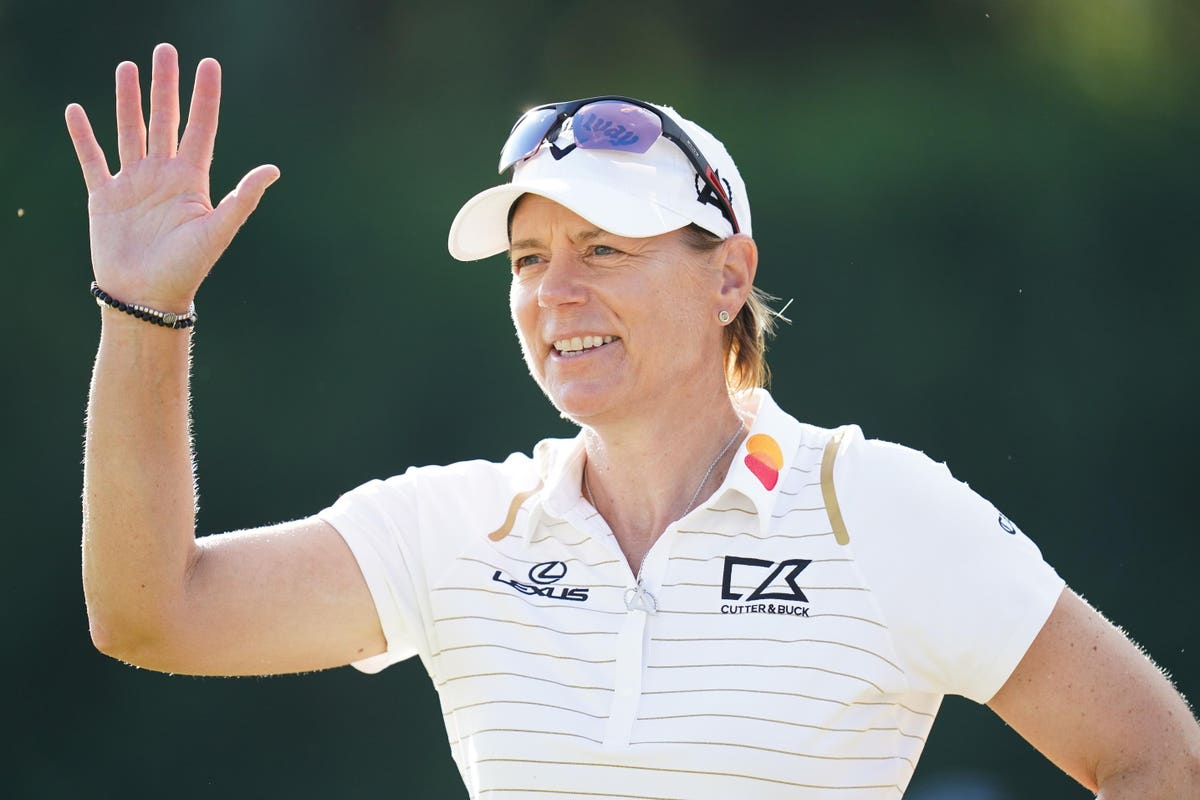 Annika Sörenstam is one of the greatest golfers in history, and it’s fair to say that her 72 tour wins and 10 major championships have made her nothing less than a global celebrity. So, it’s no surprise that next weekend Sörenstam will be playing with the celebrities at the Hilton Grand Vacations (HGV) Tournament of Champions.

But the World Golf Hall of Fame member says she’s as equally as excited about seeing the top LPGA players resume the course next week.

“Looking back to (2021) it was quite exciting when Nelly and Jin Young Ko battled down the stretch for some of the most important awards and for Player of the Year. Both are tremendous players and both had multiple wins,” Sörenstam said in an interview over Zoom.

“It was fun to watch,” she added. “But there are other players right there, knocking on the door. It’s shaping up to be another great year for the LPGA.”

The HGV Tournament of Champions brings a large field of LPGA Tour event winners together with dozens of TV celebrities and athletes to play side-by-side. Top amateurs who play during the midweek pro-am are invited to play in the main tournament. Each LPGA pro is paired with two celebrities or amateurs in the groupings.

Despite its festive atmosphere, Sörenstam said that the baseball players, NBA stars, and tennis greats present are just golf dabblers, and really bring it.

“It’s one thing if your a great athlete, like to see (ex-tennis pro) Mardy Fish or Steph Curry. You look at them and think the jump from one sport to the next isn’t that great. But it’s another thing to come in at this level of golf,” Sörenstam said. “You see so many of them at this event with single-digit handicaps, not even just scratch.”

Related story: Annika has a funny story about David Feherty

Other legends of sport joining Sörenstam scheduled to participate are Pro Football Hall of Fames Jerry Rice and Marcus Allen, plus NBA great Ray Allen and NASCAR star Denny Hamlin, to name a few. There’s also an entourage of Cy Young-winning pitchers that includes Roger Clemens, John Smoltz and Greg Maddux. As expected, Sörenstam and the athletes will be joined by famous faces from the small screen.

Teeing up also will be comic legend Larry The Cable, as well as comedic actors Brian Baumgartner (“Kevin” from The Office), as well as 1980s TV stars Alfonso Ribeiro and Jack Wagner, plus country singer Colt Ford. Sörenstam is especially impressed with Wagner’s ability on the course.

“He came down after filming something for TV in Idaho. I’m not sure how much golf there is in Idaho in the winter,” Sörenstam said of the longtime soap opera star. “I played him in a practice round last year, and he’s really good and primed for this tournament.”

Off of the course, there is even more entertainment power in tow. Big-name performing artists Sheryl Crow, Boyz II Men, the Goo Goo Dolls, LeAnn Rimes, Sara Evans, and Gin Blossoms are all scheduled to perform as part of a live concert series over the week from January 18-23, 2022.

Along with Thompson, Henderson, J.Y. Ko, and both Nelly and Jessica Korda, the field at the HGV Tournament of Champions will showcase other top competitors such as Lydia Ko, Danielle Kang, Gaby Lopez, and veteran Michelle Wie West.

After speaking with Sörenstam last month about world No. 1 LPGA golfer Nelly Korda’s mammoth year, the Swedish-American golf legend also shared her thoughts on the LPGA’s great pool of talent, as well amateur golfer celebs with whom she’s played a round of golf.

Andy Frye: What’s it like to play in celebrity tournaments after such a dominant career? Talk about playing with other sports pros.

Annika Sörenstam: This tournament is at Lake Nona, just outside my door, and there’s going to be the top LPGA players along with actors, athletes from other sports, different influencers. Playing as a celebrity, I will be playing in a different format. What I’m always admiring is how they all look and act like professionals.

I think one thing that’s great about golf is that you have all these people from different walks of life who love the game so much.

AF: Sports fans hear about how much Michael Jordan loves golf. Have you played him and is he as good as they say?

Sörenstam: I am impressed with him on the court and on the course, too. I played with him in a practice round in Lake Tahoe many, many years ago. I think it was in one of my top years. We played and had a little bit of a match, and I thought he was quite good, I really did. I haven’t seen him play recently, so I don’t know how Michale Jordan stacks up today. But he plays a lot of golf, and he’s played a lot of different people on this planet. I’m sure his skills have not gotten worse.

Sörenstam: You’re right, Nelly really did have a breakout year. She’s tall and strong, hits the ball far. Nelly also performs well in big tournaments, and that’s a big deal. And to do it all last year while winning an Olympic gold medal—that’s a lot of pressure there—but I think she handled that well.

It was just nice to see her play so steady and climb her way up the leaderboard. So I think we’re going to see more of that.

AF: Lexi Thompson is always impressive too, and always highly ranked. Where do you see her in 2022?

Sörenstam: I can’t think of anyone who works harder than Lexi. She works very hard in the gym, and she’s very driven. I think that’s why she’s been contending so much—because of that. Plus, too, she’s tall and strong and that’s a bonus.

I don’t know Lexi that well off the golf course, but I’ve played with her a few times. I would say she’s had a very interesting career. She’s another player that hits it a long way. She’s had sometimes a little trouble finishing and her short game has sometimes presented her with some issues.

But Lexi has a good few years ahead of her. She’s also young, not as young as Nelly, but she started young. She has this presence about her and represents our game very well.

AF: Since you retired as a pro, you’ve been busy growing junior golf through the Annika Foundation. What drives this effort?

Sörenstam: Thank you for asking. It’s really a passion for me, and I do it not just as a thank you to golf. I enjoy being around the next generation of young players. I enjoy seeing them grow too.

You know, Nelly used to play in our events, and just to see her now, or to see María Fassi, who won the ANNIKA Award twice—to see them get on tour and have success, I enjoy that.

Ex-Trump advisor Peter Navarro said he was put in handcuffs and...

‘Vague or confusing’ job descriptions have put off nearly a fifth...