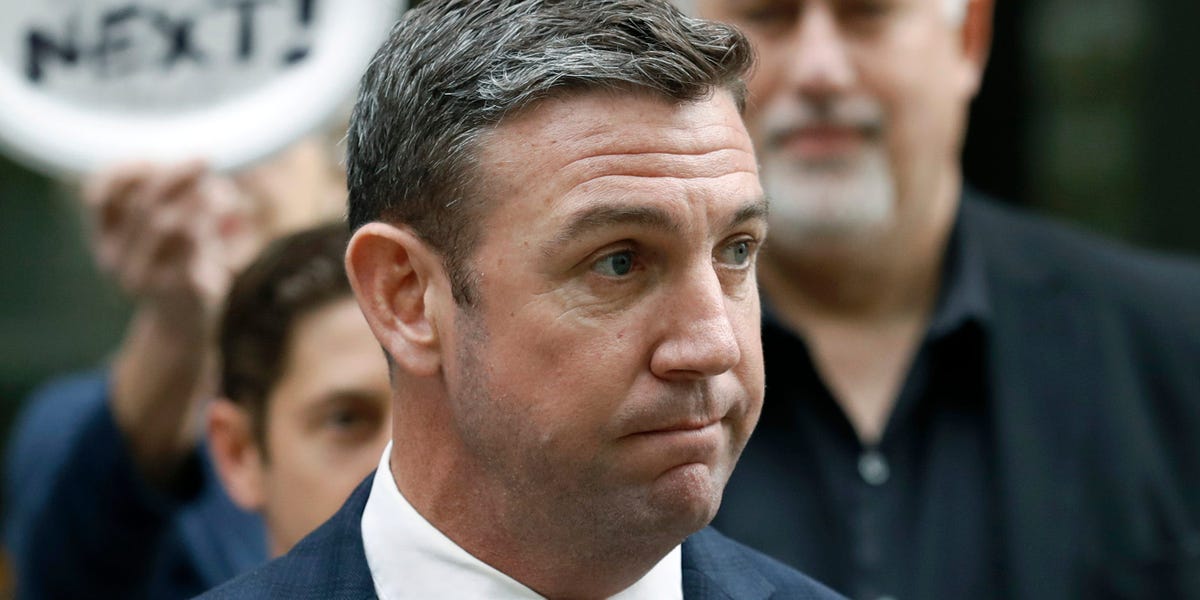 Former Republican Rep. Duncan Hunter of California was fined by the Federal Election Commission over the misuse of campaign funds, the FEC announced this week.

Hunter was pardoned by former President Donald Trump in December 2020 after he and his wife, Margaret, pleaded guilty to improperly using $250,000 of campaign funds on personal expenses.

“The Hunters stole money from the campaign for items as inconsequential as fast food, movie tickets, and sneakers; as trivial as video games, Lego sets, and Playdoh; as mundane as groceries, dog food , and utilities; and as self-indulgent as luxury hotels, overseas vacations, and plane tickets for their family pet rabbits, Eggburt and Cadbury,” prosecutors said.

Hunter was sentenced to 11 months in prison, which he was set to begin serving shortly before Trump pardoned him and his wife. At the time, the White House said the Hunters’ cases should’ve been handled by the FEC instead of in criminal court, but other California Republicans blasted the pardon.

The FEC said Friday the Hunters’ cases had been closed and that they had agreed to pay a civil penalty of $12,000. The campaign committee agreed to pay a separate fine of $4,000.

In an FEC document made public this week, the Hunters said they would agree to pay the fine “solely for the purpose of settling this matter only and without admitting liability.”

Bill Gates said he doesn’t own any cryptocurrency because it isn’t...