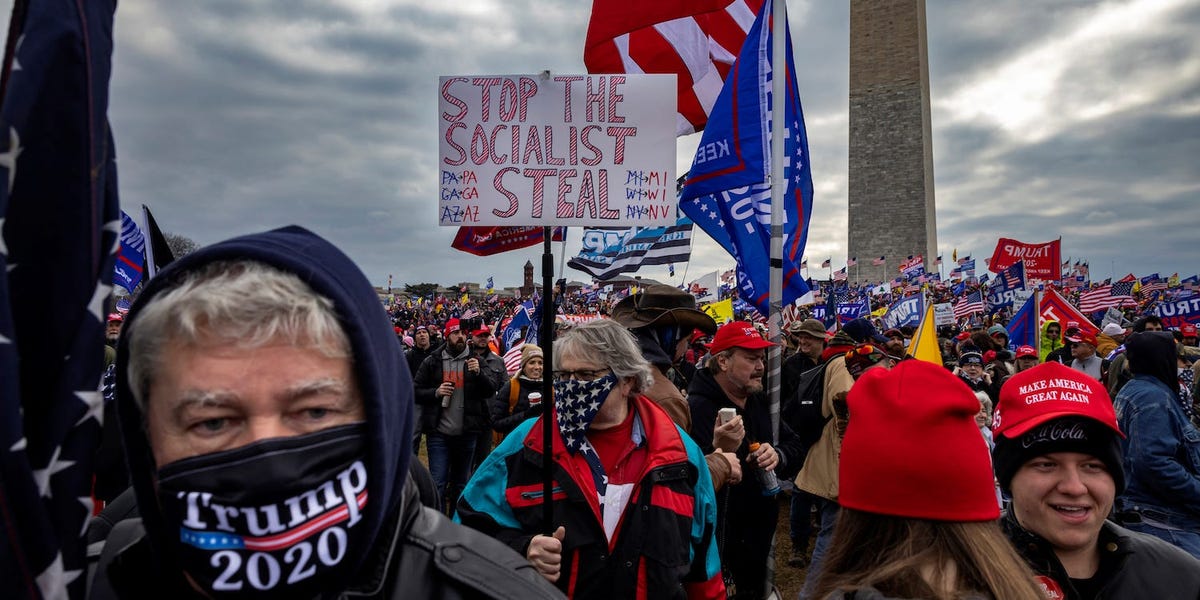 A US Capitol Police sergeant who was at the Capitol during the January 6 riot said he’s concerned another riot could happen following the response to the raid on former President Donald Trump’s Mar-a-Lago estate.

“I live with the fear of another attack happening due to the rhetoric that is currently discussed ad nauseam on social media, radio, and the news,” the officer wrote in a statement on Friday.

The comments from the officer only identified as “CT” came as part of a victim impact statement in the federal case against Joshua Pruitt, a member of the Proud Boys.

The sergeant asked that Pruitt and the other rioters be punished for their actions.

“To not hold these individuals accountable for their actions will only encourage this horrific behavior again and again when they do not get their way. As a parent, I liken this to a toddler’s temper tantrum. If it isn’t addressed immediately the tantrums become worse and worse,” he said.

Following the January 6 attack, the officer wrote that he’s been anxious, not sleeping well, and become withdrawn.

While the officer did not specifically name Trump, he said he’s worried how right-wing politicians are using the same false rhetoric of a fake or rigged election ahead of the midterm elections, as Trump did prior to the riot.

“A man told these militia groups, ‘To stand back and stand by,’ which then served as a rallying cry and encouraged them to continue their extremist ways, to prepare to fight ‘the injustice’ and the ‘fraudulent election,'” he wrote, referring to remarks Trump made during 2020 presidential campaign. “The right-wing ideology that these groups and individuals hold dear is in fact a cancer within our society.”

He added: “As we enter into midterm elections/primaries we have seen several candidates who lost by overwhelming majorities call their loss a fraudulent election as a result of January 6. This has become the new narrative when things don’t go their way.”

The sergeant wrote that he’s worried over the recent calls to violence following the recent FBI raid on Trump’s residence in Mar-a-Lago, Florida.

“As we have just entered a voting primary season we are seeing candidates echo the ‘fraudulent election claims’ due to their loss,” he wrote. “As a result of the legally obtained search warrant there are increased calls for violence against law enforcement officers by the same groups/individuals who participated in the January 6th insurrection,” he wrote.