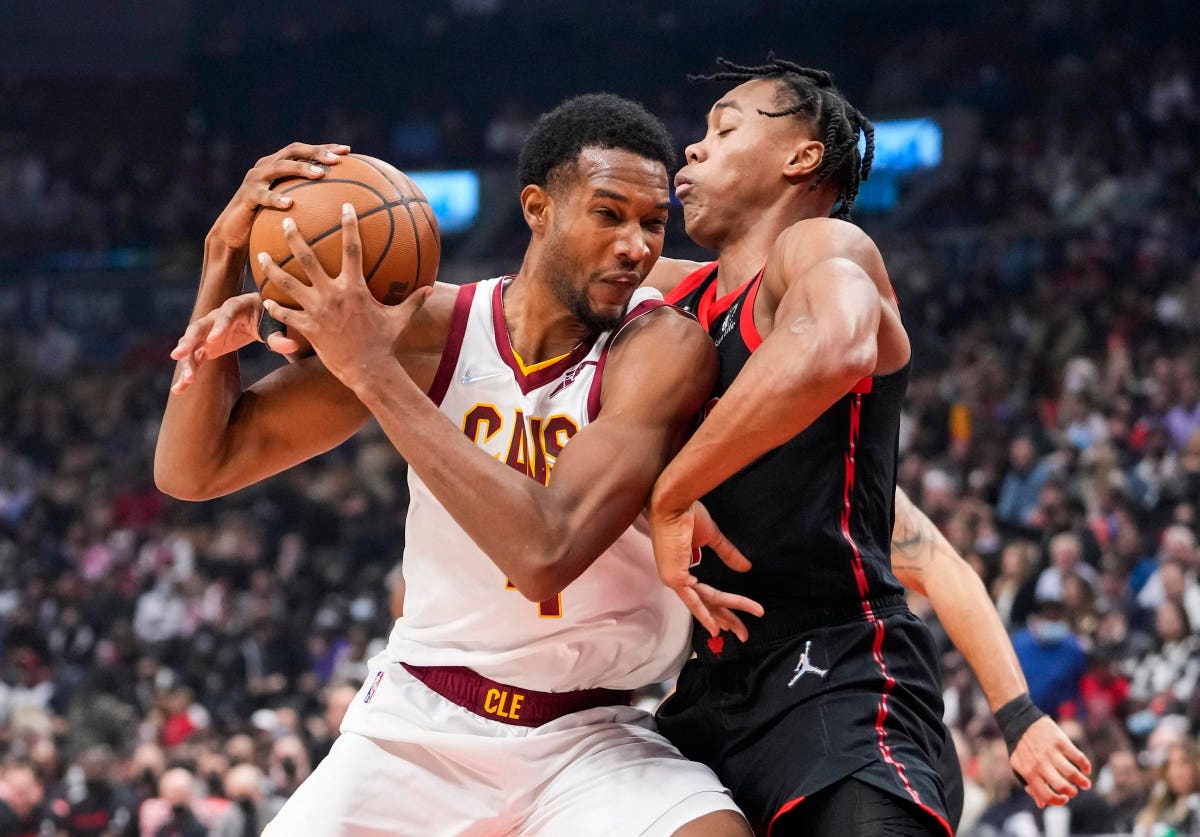 This year’s crop of NBA rookies has been a good one, with talent being unearthed even in the depths of the second round, while expected brilliance at the top has delivered above expectations.

However, while the quality broadness of the 2021 rookie class is exceptional, sometimes you need to simply look at the cream of the crop.

With over 55 games having passed this season let’s take a look at the three best rookies this year.

Mobley is roughly 50 games into his career, and already the Kevin Garnett comparisons have made their way to the discourse around him.

What’s crazy isn’t the comparisons, but the fact that there might legitimately be some merit in them this soon.

The 7-foot Mobley is already a plus defender, who has shown the ability to switch onto smaller and quicker players, hedge and recover on high pick-and-rolls, and defend the rim in drop coverage. His 8.0 rebounds also lead all rookies.

Offensively, Mobley is polished. He rarely finds himself playing out of control, and he makes a concerted effort in getting into the dunker’s spot. He’s ready to take – and make – jump shots by moving well off the ball, and his fluid shot release is primed to extend out to the three-point line more often as he progresses.

While his 14.7 points per game may not seem like an extraordinary number, keep in mind he’s not featured, yet, as one of the team’s primary scorers. Mobley is used more so as a release valve and playmaking hub than as a scorer, which further underlines his offensive upside.

Not only does Mobley look to pass the ball, he’s fully capable of doing so while on the move, just as he is stationary. His 2.5 assists is a rock solid starting point for an upcoming playmaking big who is just 20 years old.

Mobley is currently the Rookie Of the Year favorite, and it’s not difficult to understand why. He has no major weakness in his game, which is rare for someone his age, making his career a question of just high up the totem pole he’ll eventually find himself.

Usually, when a guy comes out of college billed as a defender and playmaker, it’s code for “weak offensive player”.

For Barnes, that was the word coming in, but he’s been anything but on the offensive end. Barnes came in with a sense of confidence offensively that took the whole league by surprise.

Instead of being the reluctant scorer he was analyzed as, Barnes took ownership of his own game, coming in aggressive. Immediately, he’d attack the basket and pull up for mid-range jumpers, resulting in a scoring average of 14.7 points – the same as Mobley – which far exceeded expectations.

Barnes still juggled the other areas of his game, often functioning as a ball handler, play initiator, and defensively proving to be highly switchable, while big enough to guard the rim. His 3.4 assists ranks fourth among rookies, with every player ahead of him listed at guard.

Barnes’ two-way play has drastically altered his development curve, as he wasn’t expected to have this impact until years down the road.

Instead of hoping for gradual steps, Barnes is now on the pathway to becoming an All-Star within the next year or two, assuming he keeps building on his game, which seems enormously likely.

The top pick in the draft was, almost unfairly, hyped up to proportions that inevitably was going to lead to some level of disappointment, when he didn’t meet immediate expectations.

But since those expectations were always unrealistic, let’s look at why he remains in the picture as one of the league’s best rookies.

The 20-year-old guard flat-out oozes talent, and his statistical all-around game is already at an incredible high level. Cunningham ranks first in scoring, second in assists and fifth in rebounds among all rookies, and he does so while sporting a strong defensive upside.

At 6’6 and built with a muscular frame, Cunningham can both chase his opponents around on the perimeter, and switch onto bigger, muscular players, where he holds his own. With time and additional strength training, Cunningham could become one of the better all-around wing defenders in the league.

Offensively, while he’s struggled with efficiency issues, Cunningham gets things moving to the best of his abilities. Despite missing 14 games on the season, Cunningham has been directly responsible for 17.1% of the Pistons’ assists this year, a number that would have been closer to 25% had he not missed time.

This may read like an excuse, however it’s valid context into the larger point of Cunningham: His numbers, while solid, are deeply affected by the lack of quality around him, as he on most nights is the lone mismatch nightmare. Opponents simply key in on the rookie, allowing the rest of the Pistons the chance to beat them, which is often a game plan that works.

Even so, Cunningham has shown enough from a talent and production perspective, that it is entirely reasonable to expect drastic improvements from him, as both he and the roster improves in the coming years.

The stock market has been flipped upside down in 2022. Here’s...